Built in 1895, this building served as the home to the CNY Telephone & Telegraph. The building is unique from most commercial buildings in its design and stands as a monument to the arrival of the telephone era which began in 1876 when Alexander Graham Bell presented his invention to exposition attendees in Philadelphia. In the audience that day was inventor Frederick C. Brower of Syracuse who returned with a license to install telephones in this area that were part of the Bell System. and twenty years later, numerous phone lines crisscrossed downtown Syracuse. Phone usage grew so popular that CNY Telephone and Telegraph were moved to a bigger building in 1905. At that time, the Onondaga Historical Association to take ownership of the original CNY building and remained there for almost a century. 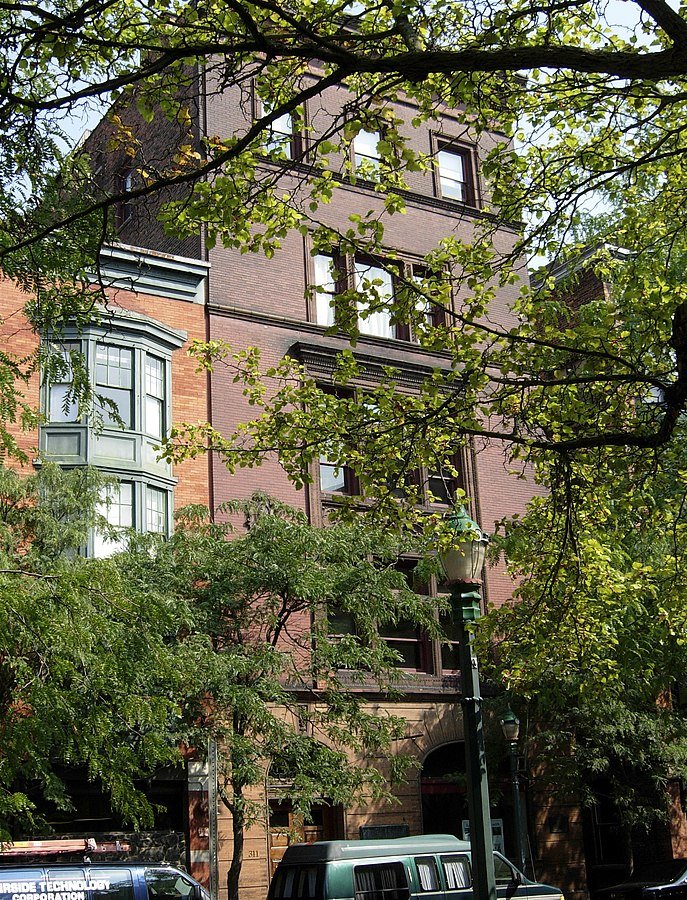 H. C. Brower & Son - Bell Hangers and Locksmiths - 1879 -- The Browers help build the telephone network in Syracuse via their business.

View of early telephone wires in Downtown Syracuse. (Taken during the period of 1900–1915, but exact date is unknown.) 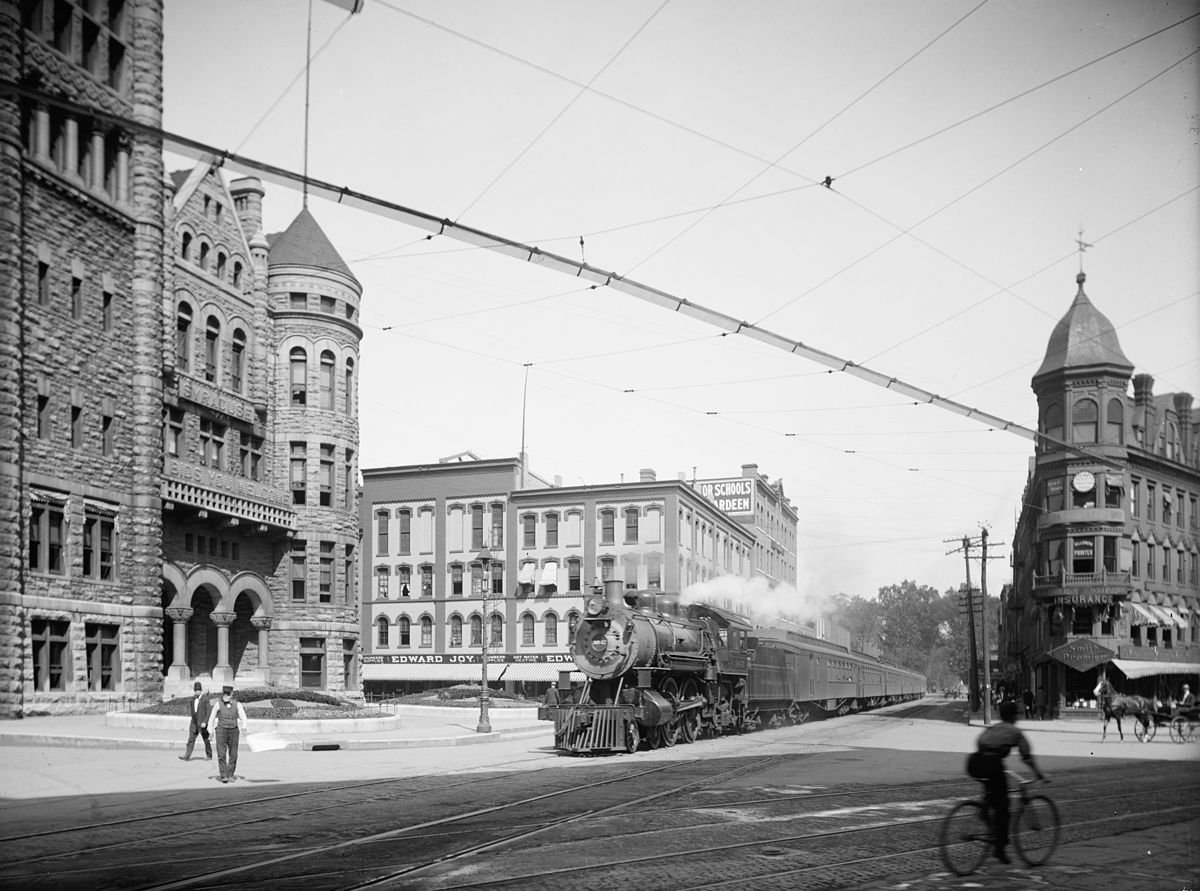 The Central New York Telephone and Telegraph Building stands as a monument to the dawn of the telephone era in Syracuse. A little more than twenty years before the building opened, in 1876, Frederick C. Brower attended the Centennial Exposition in Philadelphia and witnessed Alexander Graham Bell's demonstration of telephony. The new invention so impressed Brower that he returned home and acquired a license to develop and operate a telephone system. Nineteen years later, the Central New York Telphone and Telegraph company emerged as the first central telephone company in Central New York, with the now historic building serving as its headquarters (in 1899). However, the building proved too small by 1905, so they moved and allowed the Onondaga Historical Association (OHA) to move into the building; the OHA occupied the building until the 1980s.
Public sentiment and media coverage of Bell's invention, and Brower's attempts to establish phone lines in Syracuse were mixed at best. However, by developing means through which to run phone lines through the city and develop items such as speaking tubes eventually resulted in creating a phone system worthy of purchasing; by 1879, there were 208 names listed in the local city directory.
And, as the system grew, so did the competition and business development associated with the telephone.  Those walking through downtown Syracuse in the 1890s would have seen a sea of tall poles, wires, and cables.  Eventually, a central organization emerged: The Central New York Telephone and Telegraph (CNY). In 1899, CNY moved into the new building at 311 Montgomery equipped with a switchboard capable of handling more than 2,000 lines; the daily average number of calls made in Syracuse was 21,200 by the turn of the century. And the growth rate proved so significant that by 1904, CNY had to move to another, larger facility down the street.
In 1905,  the OHA moved into the building and remained there until the 1980s (and used it for storage until 2005). Hence, while the building exists due to the creation and development of telephones, many refer to the building as the Onondaga Historical Association Building.
A unique feature of the building's design includes its non-commercial appearance. Architect Henry Wilkenson relied on an Italian Renaissance Revival style for the building as it was located in a part of town mostly comprised of residential buildings. As well, the lower floor included ample space for bicycle storage as that was the favored mode of transportation in the last decade of the nineteenth century.
Today, the building mainly functions as a residential space, having been purchased by a couple in 2005 and renovated to suit their needs.

View of early telephone wires in Downtown Syracuse. (Taken during the period of 1900–1915, but exact date is unknown.): By Detroit Publishing Co. , publisher - This image is available from the United States Library of Congress's Prints and Photographs divisionunder the digital ID det.4a19655. Public Domain, https://commons.wikimedia.org/w/index.php?curid=12692184