This building was built in the early 20th century. In its lifetime, it was once home to both the library and the Georgia Museum of Art. After they outgrew the building, it became the Administration Building. The office of the University of Georgia's President is located here.

Picture of the building's exterior. Taken from the Univeristy of Georgia's Building index. 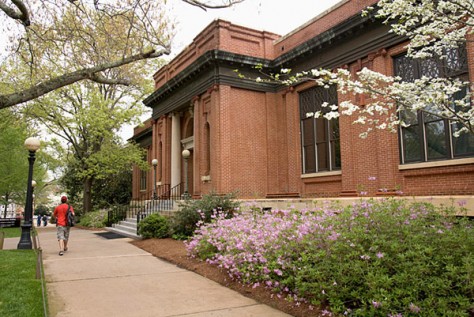 The building was built in 1905 to house the school’s library, which before then had been located in what is now the Holmes-Hunter Building.1 Its construction was funded by George Foster Peabody and this new “fire-proof” building was to hold the library’s 30,000 volume collection.2 During the 1940s, the building’s basement also became home to the Georgia Museum of Art.3 Then in 1952, the art museum would take over the whole building when the Ilah Dunlap Little Memorial Library was built to house the ever growing collection of books.4The building would then remain unchanged until the 1990s when the museum was able to move to its new building located on East Campus.5 The building then went through some renovations, which were completed in February of 2000.6