Now gone, the McMechen Lockmaster Houses were remnants of the Lake Erie-Ohio River Canal Project. The Tudor-style homes were intended to house the lockmaster's family and the engineer for Lock and Dam #13. The project, which was proposed just after the beginning of the twentieth century. The Corps of Engineers studied the project for almost a century before it was finally dismissed by Congress in the 1990s.

Photo of the Lockmaster Houses in 1992 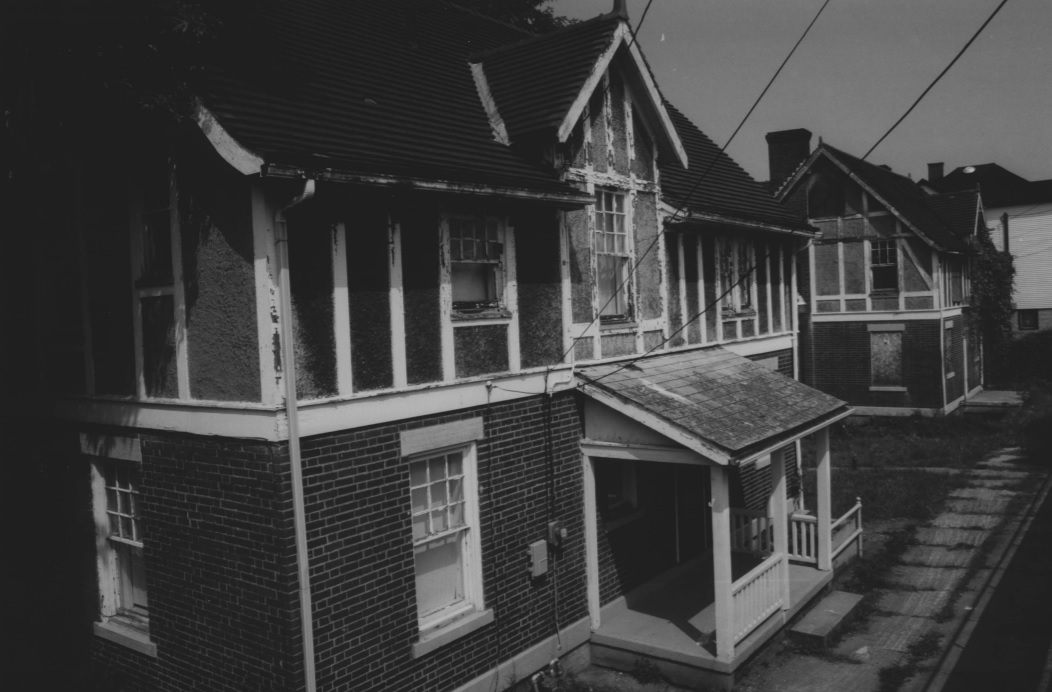 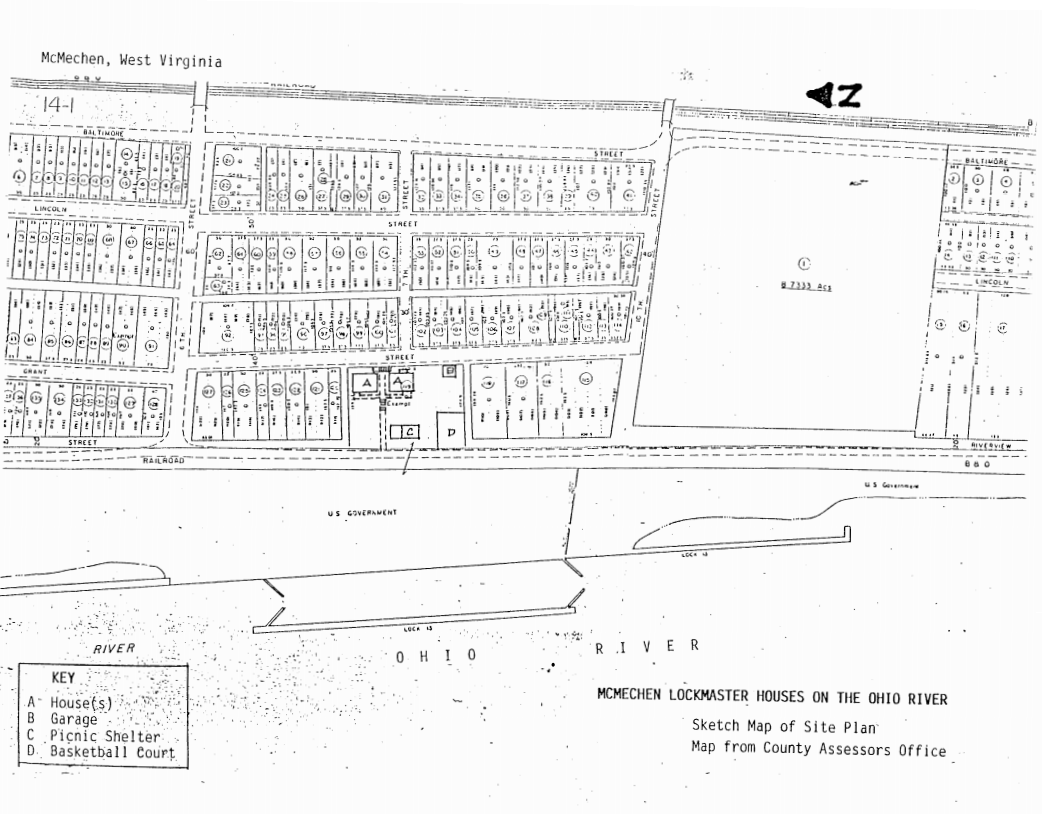 Close-up on the Lockhouse locations 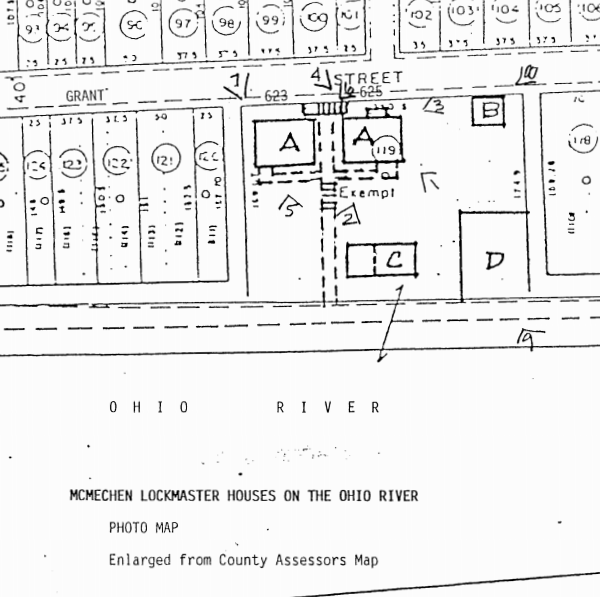 The McMechen Lockmaster Houses once stood at this location along the Ohio River. Both homes were built to serve Lock and Dam #13. They exemplified the efforts to canalize the Ohio River in the early twentieth century. The 1929 canal system plans were set to build a lock, wicket dam, powerhouse, and to use the residencies which had been built in 1910 by the Corps of Engineers. The homes were constructed in the Tudor Revival style. One of the two homes housed the family of the lockmaster and the other housed the dam's engineer. These plans were later reused for the designs of at least six other homes along the Ohio River.

These homes were built in preparation for the proposed Lare Erie-Ohio River Canal, which never saw fruition. Plans for the canal were begun at the turn of the century. The proposal was for 59 miles of canalized rivers and almost 45 miles of land canals. The Corps of Engineers were some of the strongest advocates for the project and were supported by steel mills in Northeastern Ohio. Each wanted an alternative to railroad transportation which charged high prices. Progress was made in 1935 with the passage of the River and Harbor Act, allowing the project to be further studied. Proposals and budget estimates were given in front of Congress in the late 1940s, but the topic was controversial. Many members of Congress argued that the cost of the project could not be justified. Despite decades of further research, the project was never funded and was finally dismissed in 1994.

The lockmaster homes were remnants of the project. Both homes were below street level and residents had to use concrete steps to enter the home. They sat next to each other on the street and were mirror images with a sidewalk running between them. Each home is two and a half stories high and has four bay windows in front. The first floor of each home is built using red brick while the top floor features wood accents and white stucco. These exterior details are the most emblematic of the Tudor style.

The homes were added to the National Register of Historic Places in 1992. Several years later, the homes were demolished. They have since been replaced by Riverside Park.