Built by local politician and abolitionist Thomas H. Carskadon in 1827, the Carskadon House is one of the oldest examples of Federal-style homes in Mineral County. Carskadon 's son Thomas R. Carskadon was born and died on the property. The younger Carskadon went on to become an advocate for West Virginia statehood and eventually a Prohibitionist. He earned a nomination for vice president with the Prohibitionist party, though their campaign was unsuccessful. The home was added to the National Register of Historic Places in 1986.

This historic home is one of the best examples of the Federal-style of architecture in West Virginia. 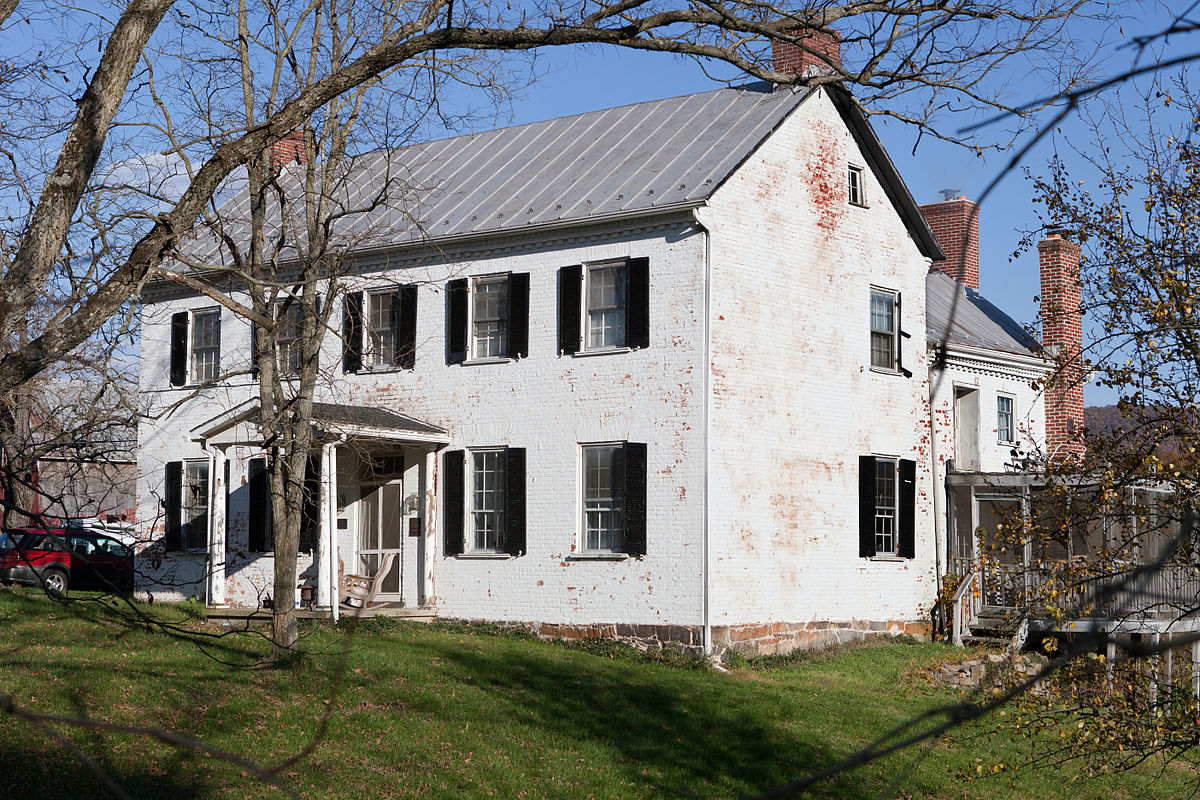 Sometimes referred to by locals as "Locust Grove" the Carskadon House lies outside of Headsville, WV. Built in the Federal style, the home features a rectangular floor plan and many bay windows. A portico was added to the property in the 1860s and is done in the Greek Revival style which was often blended with Federal style buildings at that time. The home was constructed for Thomas H. Carskadon in 1827. The property had been owned by Carskadon for 30 years, but up until the construction of the current building, he had resided in a log cabin. The home is the oldest example of Federal architecture in Mineral County.

Carskadon was a Scotch-Irish immigrant and served several terms in the Virginia State legislature. He also served as Just of the Peace after being elected in 1837. During his time as a member of Virginia's General Assembly, Carskadon spoke out against the violence of slavery, despite being a slave owner himself. As a gesture to his commitment to the abolitionist cause, he freed his slaves before his death in 1855.

Carskadon's son, Thomas R. Carskadon was born on the property in 1837. The younger Carskadon would go on to be a political figure as a Whig party member and later a Republican. When Carskadon became a Republican party member in 1860, he became so intensely unpopular among his neighbors that his home and other properties were often vandalized. Carskadon even received threatening letters. Two years after this decision, Carskadon became an advocate for West Virginia Statehood and traveled to Wheeling to draft plans for the new local government. Presidents Lincoln and Johnson both gave him appointments in assessor roles for the newly formed state. As Carskadon became more and more radical, he was removed from his position.

Despite losing his position as an assessor, Carskadon was successful within the Republican Party and was elected to multiple high-ranking positions within the party. Later in his life, Carskadon became a strong advocate for Prohibition. He was such a prominent figure among prohibitionists that he was nearly put forward as a presidential candidate and briefly ran as a vice-presidential candidate in 1896. Just ten years after this unsuccessful bid for office Carskadon died on this property. His descendants continued to be involved political leaders, rising to several prominent state offices.