The Confederate Cemetery in Lewisburg WV is home to a cross-shaped mass grave that holds 95 Confederate soldiers that died in the Battle of Lewisburg on May 23, 1862. The cross is 80 feet long and 53 feet wide and rises 3 feet above the ground. Prior to being laid to rest in the mass grave, these soldiers were laid out in a trench-like grave that ran along the south wall of the Old Stone Presbyterian Church. 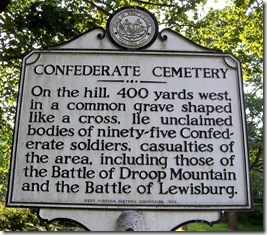 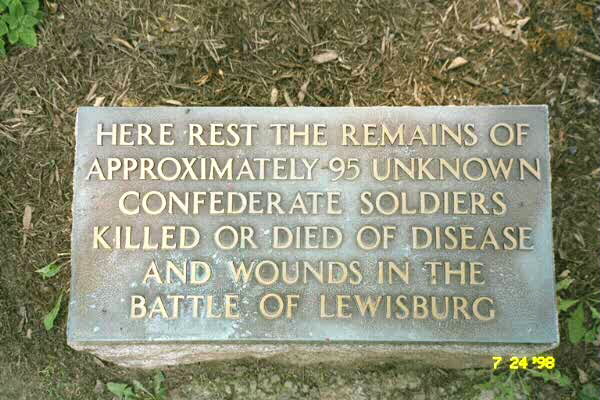 Col. George Crook, Union commander at the Battle of Lewisburg. After the Civil War he went on to be an important military figure in the Indian Wars, in which he led campaigns against the famous chieftains Cochise and Geronimo. 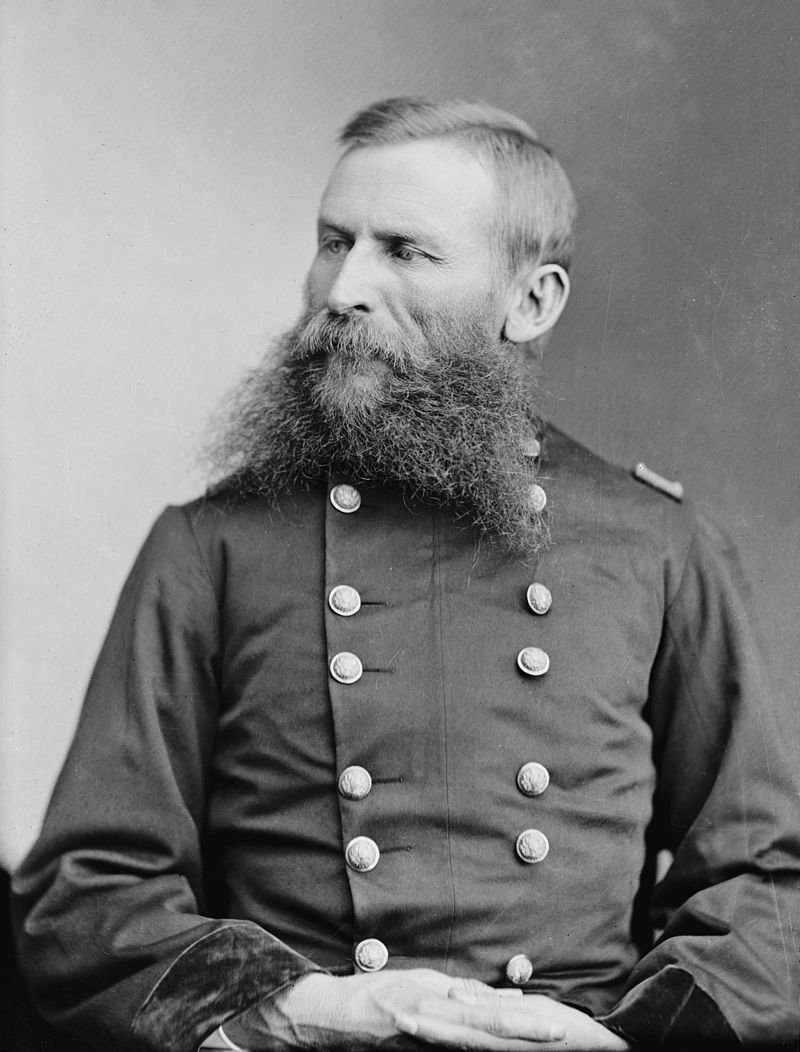 After the Battle of Lewisburg on May 23, 1862, the fallen Confederate soldiers were laid out in the sanctuary of the Old Stone Presbyterian Church. Union Col. George Crook prohibited the southern supporters of Lewisburg to hold burial ceremonies for General Henry Heth's dead troops. Later, while the town was still under Col Crook's control, local residents unceremoniously laid the dead soldiers in a trench-like grave along the south wall of the church. It wasn't until years later, after the war, that the 95 unknown soldiers were moved to a cross-shaped mass grave on a knoll opposite the church. This site became the Confederate Cemetery of Lewisburg.

This cemetery is the only one of its kind in West Virginia. It is dedicated almost exclusively to Confederate casualties, features a unique landscape design for its unknown soldiers' mass grave, and is surrounded by a six-foot wrought iron fence. The cross is 80 feet long, 53 feet wide, and 3 feet tall. The marker at the head of the cross, placed in 1956 by the federal government, reads: "Here rest the remains of approximately 95 unknown Confederate soldiers killed or died of disease and wounds in the Battle of Lewisburg" (1).

Three other monuments are also on the cemetery grounds; one dedicated to unknown Confederate soldiers and two others dedicated to individual soldiers thought to be buried there. The graves of Captain J.W. Brannam (1836-1914) and Col. Mordecia Halstead (1808-1863) are located near the upper left corner of the cross; J.W. Rodgers, who died June 9, 1870, is laid to rest on the right sight of the cross (2).