This historic live music venue is notable for the many artists who performed the conjunto genre of music. Lerma's is also one of the oldest clubs to feature this unique style of music in southern Texas. Until the late 1940s, the venue was known as El Sombrero. Pablo Lerma took over the lease at that time and named the venue Lerma’s Nite Club. Mary and Gilbert Garcia took over the club’s lease in 1981 and bought the building in 1988. The club was shut down in 2010 after the Dangerous Premises Unit found various violations in the building. Funds are currently being raised by the Esperanza Peace and Justice Center to restore the building and reopen Lerma’s Nite Club.

Lerma's Nite Club not long after its closure. 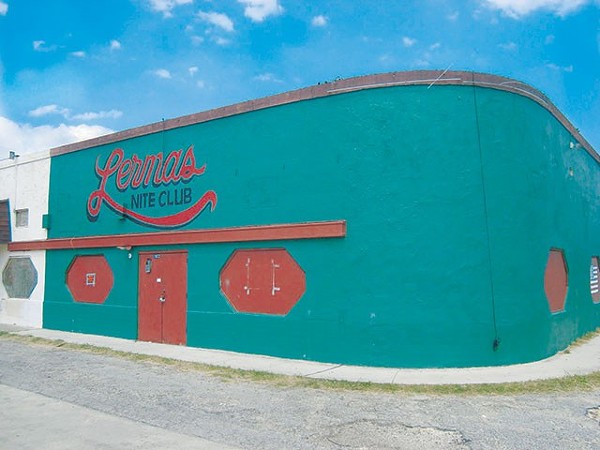 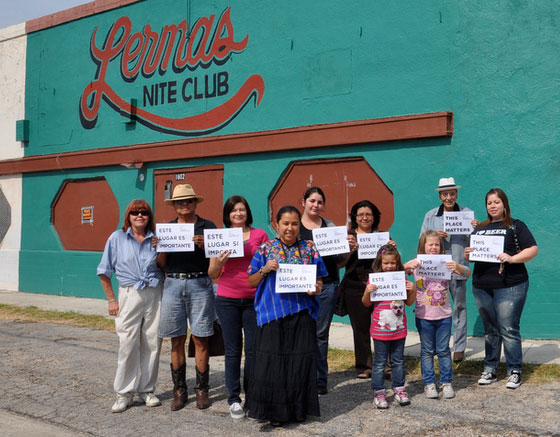 The building Lerma’s Nite Club resides in was built in the 1940s. The building itself is a commercial block, with the club being one unit of it. Before the venue was known as Lerma’s it operated as the El Sombrero. Pablo Lerma took over the lease for in 1948, naming it Lerma’s. His son overtook the club until he sold the business to Mary and Gilbert Garcia due to illness in 1981. The Garcia’s also took over the building itself after the owner’s death in 1988.

The venue is well recognized for its association to conjunto music. Conjunto is a genre that mixes German, Czech, and Texan influences to create a unique sound. The style is noted for its use of the accordion and the way audiences dance to the music. Lerma’s was best-known as a venue that supported conjunto music and was one of the longest operating venues to feature Conjunto bands.

After the Dangerous Premises Unit found multiple violations in the building, Lerma’s was closed July sixth, 2010. Later that month, Mary and Gilbert Garcia defended their case and asked the board to reconsider the closure of their building. With the help of the local community, the board granted a sixty-day extension after this the Save Lerma's Coalition formed to help raise funds for the building’s restoration. The building was listed on the National Register for Historic Places in 2011 for its dedication to Conjunto music and its relation to Hispanic ancestry. Currently, funds are still being raised to reopen Lermas, with an estimated budget of around two million dollars.