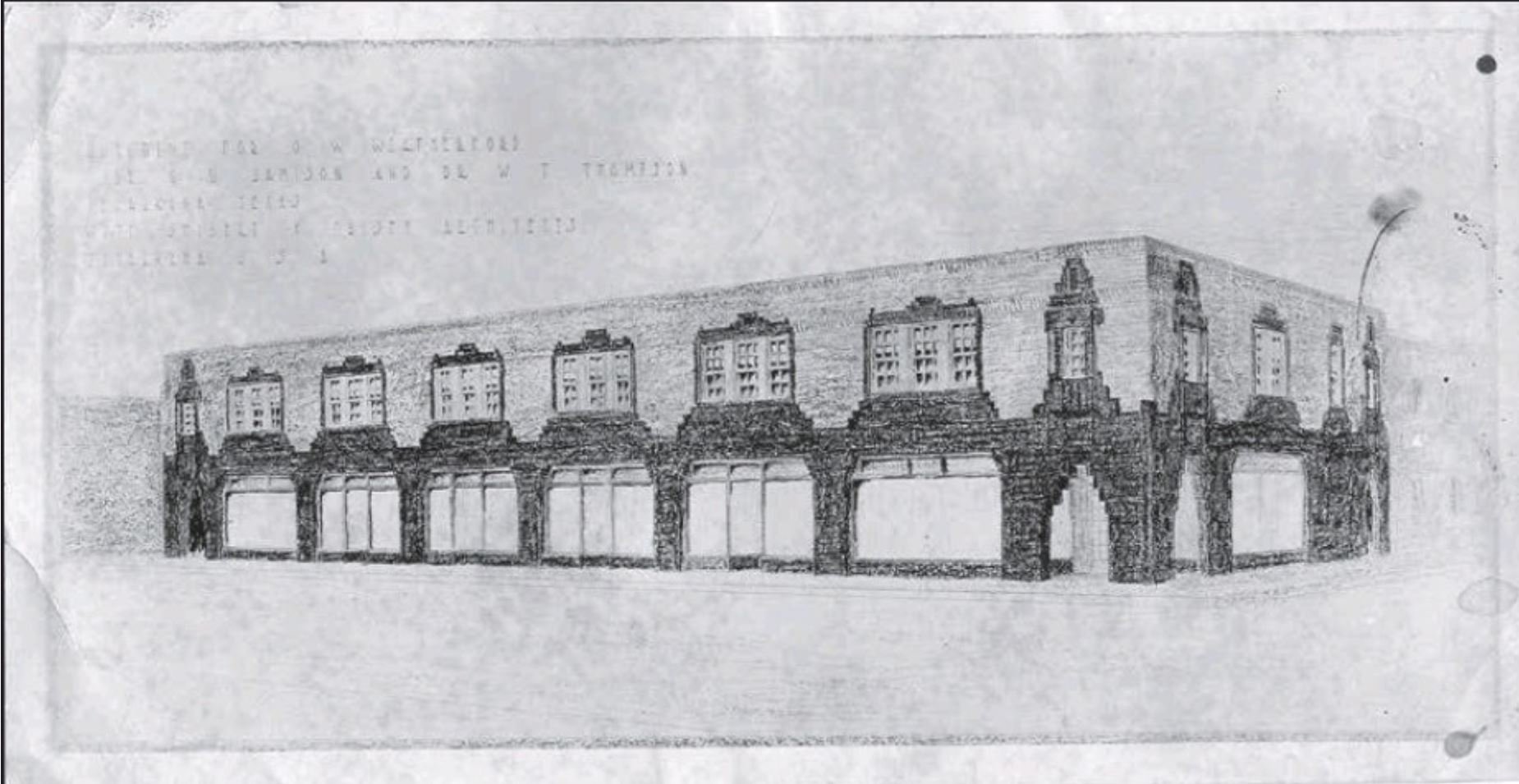 The Jamison building on May 5, 2019. The building still features the red and sand-colored brick as the day it debuted in 1930, this interesting design of the bricks is something that stands out about the building. 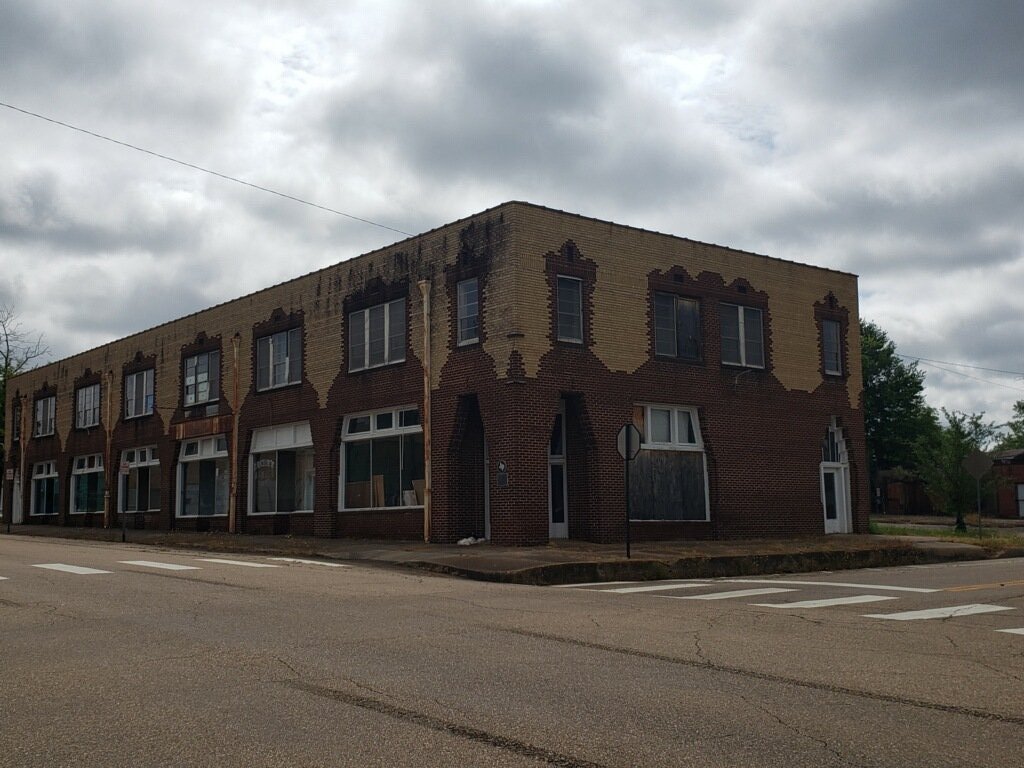 This two-story building designed by the firm of Witt, Halsey, and Siebert still features the same red and sand-colored brick design as it was debuted in 1930. The Black Chamber of Commerce formally known as the Texarkana Negro Business League sponsored the opening of the Jamison-Thompson-Weatherford building and was one of the many African American ran and operated businesses within the building. The building housed five offices and five suites on the second floor and on the first floor were office spaces and an auditorium that seated up to two hundred people.  At one point the establishment was home to three dentists, three doctors, two notaries, two insurance agents, a realtor, a drug store, a beauty parlor, a barber shop and other such businesses.  Although there were many doctors and dentist that practiced, their work here this building was for routine check-ups no surgeries were done inside this building.  This building was not intended for just the use of just Black businessmen in Texarkana, but it focused on reaching out and helping the whole community.  In 1935 Dunbar Highschool, an all-Black high school that is not around anymore, hosted their prom inside the Jamison building when they were not allowed to book places they wanted. As Texarkana started its integration phase, Black businesses started leaving the Jamison building and going to better parts of town, where they were not allowed before. The 1990s was the end of an era at the Jamison building as all the businesses and people moved to other parts of town, but with the building still standing today, it serves as a reminder of how people within a community can come together to better the whole instead of themselves.  The Jamison Building is significant because it was one of the first buildings built for African Americans by African Americans.  It was the economic center of the African American community for many years.

Garling Uriah Jamison Sr. was born in Smithville Mississippi sometime between 1876 and 1880.  He graduated from the University of Illinois, College of Medicine and attended the Institute of Surgery in Chicago.  Jamison began his medical practice in Texarkana in 1906.  He was an active member of his community, and eventually opened the Jamison Sanitarium where he was the chief surgeon for the African American community.  Jamison served as president of the Texarkana Negro Business League.  There objective was “unity, service and stimulation of the desire to help not hinder the African American community.

To promote this mantra the Jamison building was built.  Jamison envisioned a place for the African American community.  Jamison died on September 11th, 1951 and his buried beside his wife at the Woodlawn Cemetery in Texarkana Ar.  Dr. Garland U. Jamison was not alone in his journey with the help of Dr. W. T. Thompson and A. W. Weatherford, they created the Jamison-Thompson-Weatherford building, which is known as the Jamison building now as the Jamison family bought the rights from the other families.  Other contributors and their attributes are listed below.

Civil rights leader, Antonio Maceo Smith was born in Texarkana on April 6, 1903.  He attended Fisk University in 1924 and went on to earn his MBA at New York University in 1928.  He also went to graduate school at Columbia Undivert for economics and business law.  He was one of the co-owners of the Jamison building, where he also ran his real estate business.  He was also the master of ceremonies for the grand opening of the Jamison Building.  He was sometimes referred to as “Mr. Civil Rights” and Mr. Organization of Texas.  Smith was on the national board of directors for the NAACP.  Smith died on December 19,1977.

Dr. W.T. Thompson, a practicing physician and surgeon, was one of the owners and founders of the Jamison Building.  Thompson was a graduate of the Meharry Medical College.