Samuel Walton owned many stores, however 719 W. Walnut St. in Rodgers, Arkansas was the location of the very first Walmart. Walton gained many experiences in retail to provide the best products for cheaper prices for the public. This store began the successful store known by millions of people today as Walmart.

Building where the first Walmart was originally established. 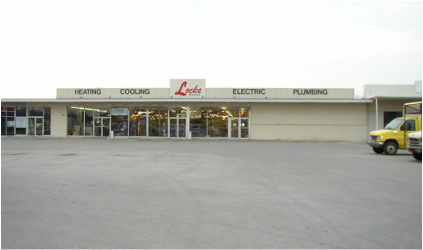 Walmart has become one of the most popular and affordable grocery stores in all of the United States. Today, there are over 5000 Walmart stores across the United States and Puerto Rico. Samuel Walton and his family worked very hard and came up with many ideas to make everyday groceries and products available to the people of the town at affordable prices. The steps that lead up to this happening and the steps that occurred while Walmart was opening had a huge effect on what the Walmarts today are like. On July 2, 1962, 719 W. Walnut Street in Rogers, Arkansas became the home of the very first Walmart and the visual success of the hard work and determination of the founders.1

Sam Walton grew up with a father who was a farmer and farm mortgage appraiser. He went to the University of Columbia at Missouri and received his degree in economics. As Sam Walton grew up his father raised him to believe that an education was important and valuable.2 With this mindset, after graduating from high school, Sam Walton attended the University of Missouri and afterwards accepted a management trainee position at J. C. Penny’s in Iowa. After working there for eighteen months, Sam Walton left the company with the valuable lessons he had learned and would eventually put them to use in his own company.3

Creating a bump in Walton’s retail career, he was required to participate in military service for about three years. Throughout his time in the military, Walton saved as much of his earnings as he could to go with the money he received from working at the J. C. Penny company. After his military service period ceased, he returned home and used all of his savings to buy a Ben Franklin store with his brother, James L. Walton. This store was leased in the most prime retail spot in a town of about 5000 people. The first year of owning the franchise, the brothers made around $80,000. In the next couple years, their sales soured to around $225,000.4

The success of the very first store owned by the Walton brothers can be chalked up to the naturally friendly personality and the previously learned lessons from Samuel Walton. They were so successful, in fact, the landlord refused to renew their lease because he wanted to open his own store on the prime real estate site. 5 The brothers then moved to Bentonville, Arkansas, a town of about 3,000 people, and opened a “Walton’s 5 and 10¢ Store” which they remodeled and organized a grand opening for. They continued to open these stores across Arkansas, Kansas, and Missouri until these variety store chains began to lose their popularity to supermarkets. This is the point in time that the first Walmart was founded.6

In Rogers, Arkansas, a town of 5,700 people, Samuel Walton started the very first Wal-Mart Discount City store. Using the same buying and selling techniques as the Ben Franklin stores, Walton carried on his success with huge profits and two years after opening the first Walmart, opened a second Walmart in Harrison, Arkansas, a town with 6,500 people. By 1970, The Walton brothers owned thirty-two retail stores, and of those stores, eighteen were Walmart Discount stores. Ten years later, in 1980, there were 276 Walmart stores. Sam Walton started off with a dream of making affordable products for customers and now, today, there are over 5,000 stores across the United States.7