A museum laying on apart of the historical cattle drive trails, The Chisholm Trail Museum, in Kingfisher Oklahoma. Not only does the museum hold facts of the once well known trails but, also the history of the pioneer village, home to two log cabins, a one-room schoolhouse, a church, and the first bank built in Kingfisher. 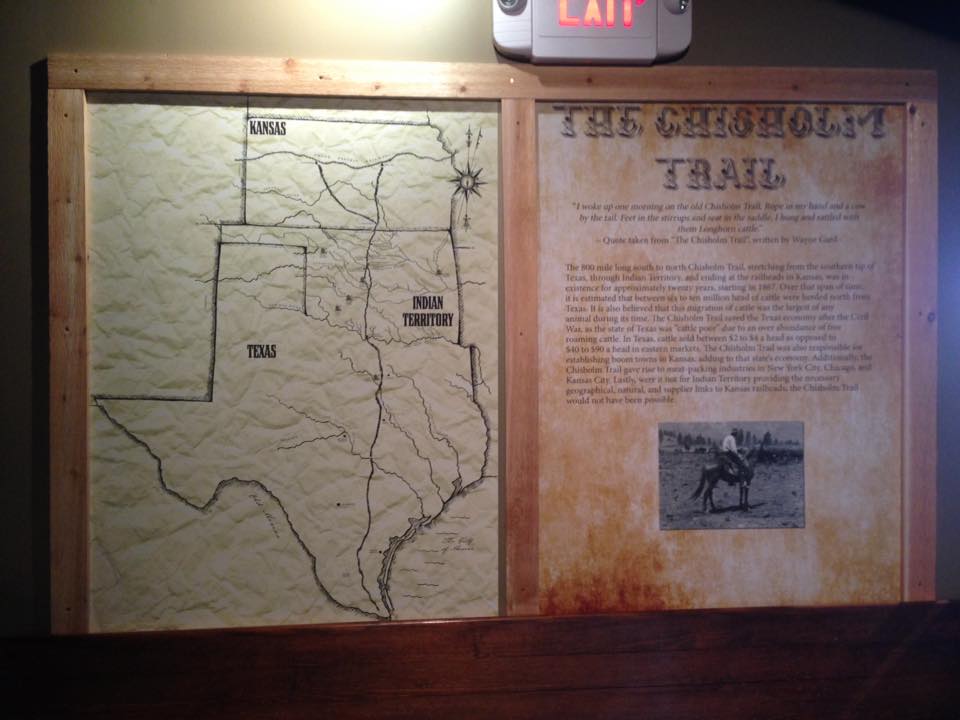 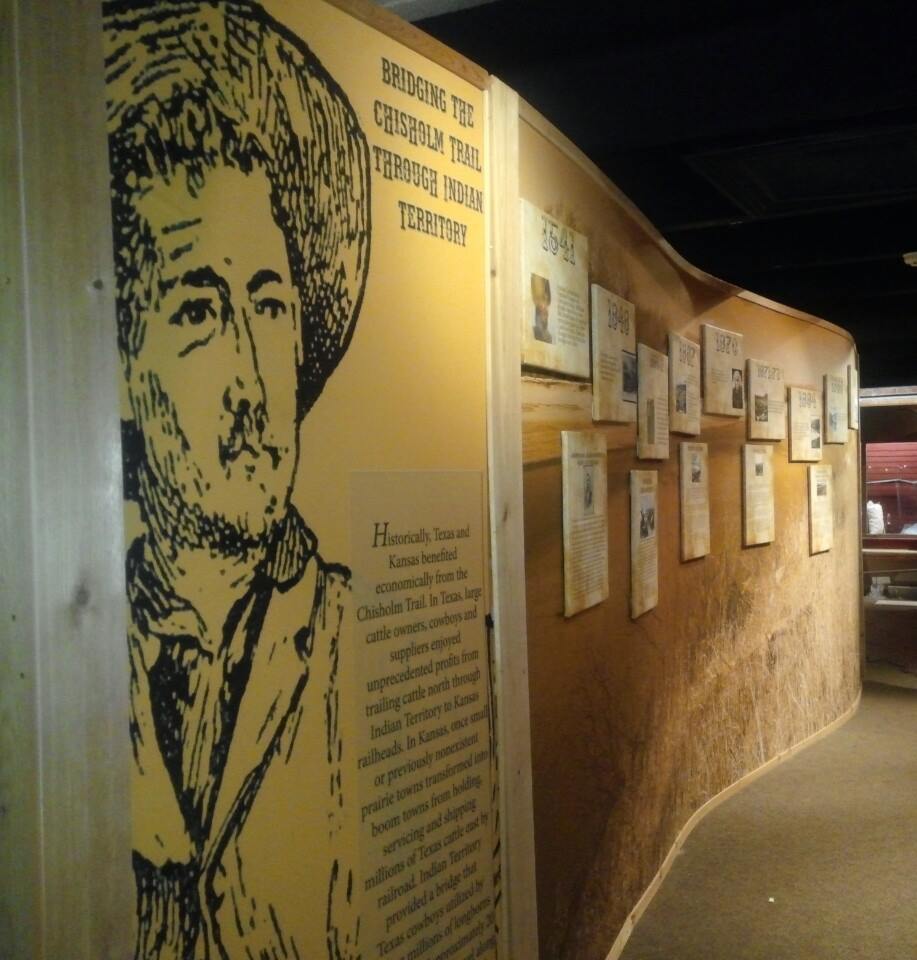 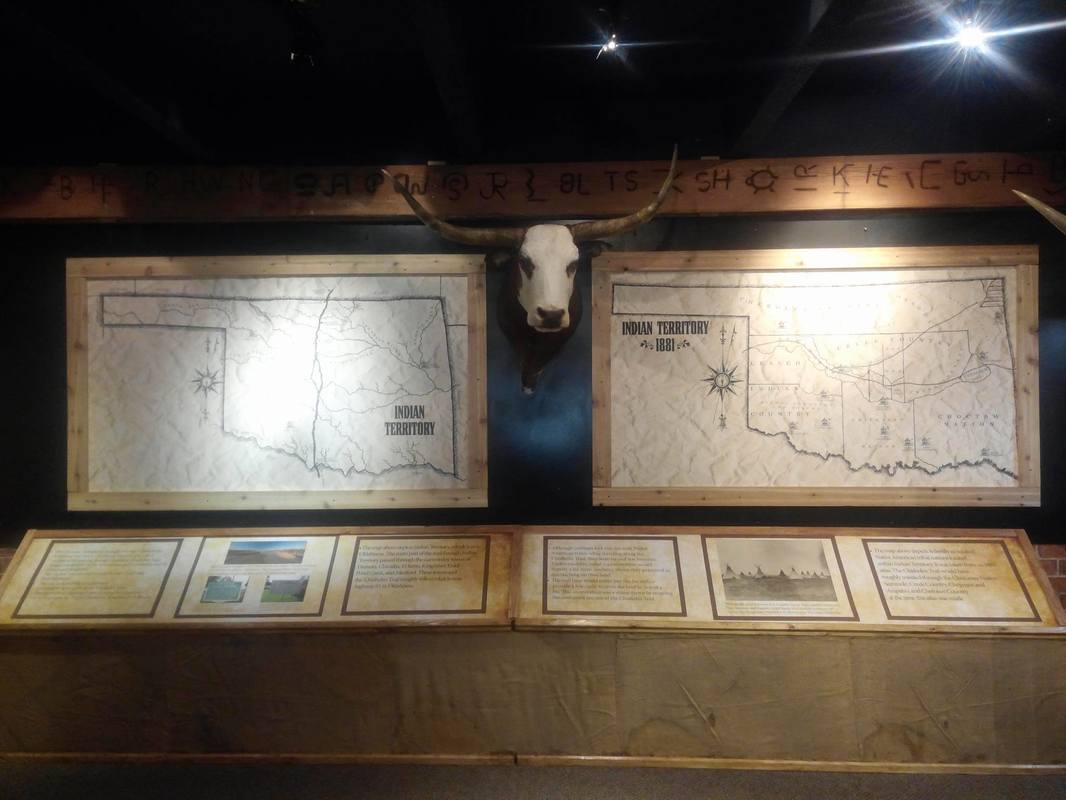 The Chisholm Trail was one of the major cattle routes. During the late 19thcentury the trail became known as one of the main routes carrying livestock through Texas, Oklahoma, and into Kansas.1While the trail was used in 1876-1884, the cattle drives became a major source of income that helped the states recover from the Civil War2.

The Chisholm Trail started in central Texas and headed north into Indian territory and ended in Abilene, Kansas.  Enduring over nine hundred miles, the trip was obviously dangerous for not only the drovers but for the cattle as well. Supposedly the travels could take two to three months to accomplish. This trip consisted of crossing rivers as well as canyons and few mountain ranges. Drovers would also encounter Indian attacks, outlaws, and cattle stampedes2.

The trail was named after Jesse Chisholm in 1864. He was known for hauling his supplies through the states and territory to the trading post3. Eventually this trail was known as the Chisholm that was used to transported many of livestock. Along this trail, in the Indian territory, lays The Chisholm Trail Museum in Kingfisher, Oklahoma. This museum includes a tour of the Pioneer Village. This tours the two log cabins, a one-room schoolhouse, a church, and one of Kingfishers first banks.With descriptions and maps helps visitors visualize what life was like around the time the Chisholm Trail was in operation4.