The National Latino Education Institute (NLEI) is a non-profit organization that provides Latinx individuals with job training and educational resources in order to make individuals economically independent and stable. Mary Gonzalez-Koening founded the organization in 1972, initially titled the Spanish Coalition of Jobs. The original building was founded in Pilsen, a predominantly Mexican neighborhood in the Lower West Side of Chicago, but in 1984 the institute expanded to its current location in the neighboring town McKinley Park. The work taking place at the institute (which includes employment search assistance, medical training, academic courses, English as a Second Language courses, etc.) allows for Latinx people in Chicago to either provide or receive resources necessary to succeed in the workforce. Both buildings are publicly accessible and those interested can pursue enrollment.

The original site for the institute, located at 1737 W. 18th Street. From 1972 to 1984, the institute was located in Pilsen, a neighborhood in Chicago with a large Latinx population. At the time the organization focused on employment searches for working 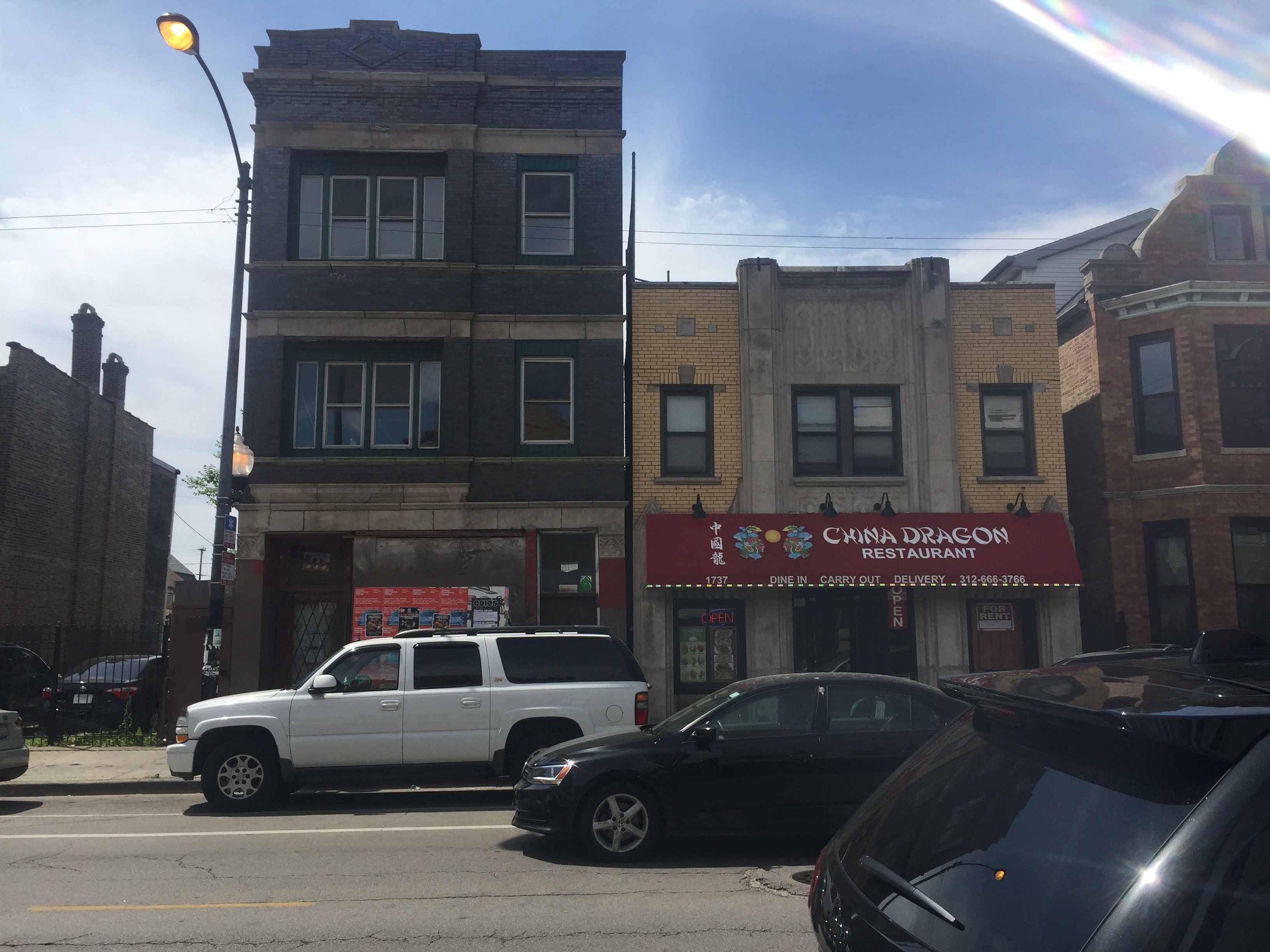 The current location of the institute, located in McKinley Park. As enrollment rates grew and the organization provided more classes and resources, the staff decided to expand to a 40,000 sq ft. building to accommodate those needs. Currently, the institut 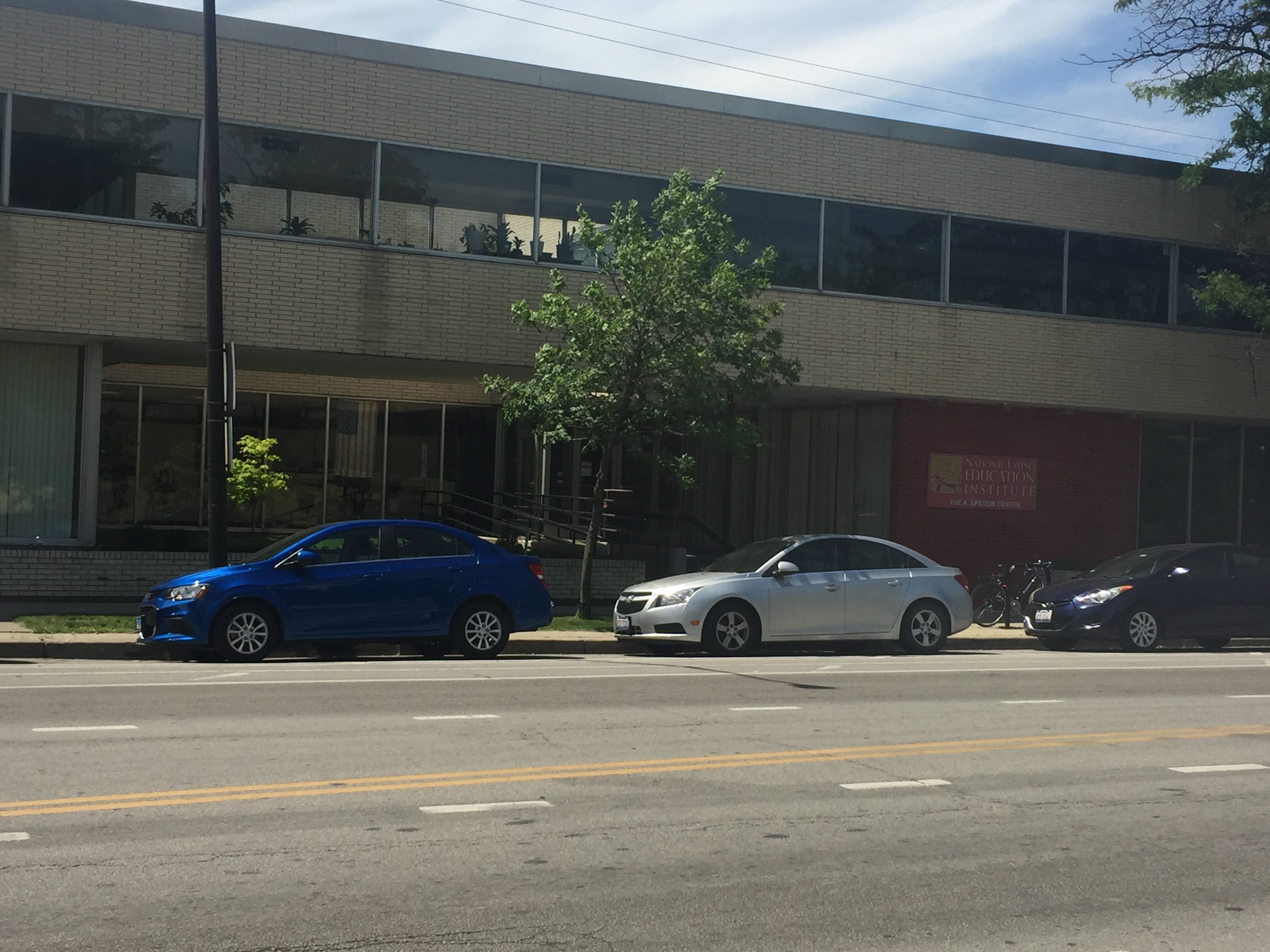 The Chicano Movement sparked the drive for Latinx individuals in Chicago to fight against the discrimination they faced in spaces not dominated by those in their communities. While different populations within the Latinx community fought for specific causes that affected them personally, all the efforts center around institutions recognizing their civil rights and providing equal opportunity.1 For Mary Gonzalez-Koenig, she grew frustrated with the economic conditions Latinx Chicagoans faced with no resolved. In an interview with WGN 9 news for Hispanic Heritage Month, she details how she traveled across Chicago on foot to connect with Latinx families and the struggles they faced.2 Most of the challenges related to a need for job training, leading Gonzalez-Koenig to mobilize and found the Spanish Coalition for Jobs. The naming of the organization stems form another political shift occurring that the time, the usage of the term “Latino/a”. The organization initially included Spanish rather than Latino/a since they wanted to combat the stereotypes associated with the term “Spanish”.3 The founder wanted the city to understand which community members the group will serve: working class, Spanish-speaking Chicago residents. However, her efforts did not go without controversy involving much larger corporations.

During the beginning phases of the organization, the Spanish Coalition of Jobs targeted companies in the city that were in high demand of workers, but the percentage of Latinx workers in power were very low. They reached out to companies such as the Illinois Bell Company and Jewel Osco company with demands such as “(1) A job training program for Latinos, (2) an increase of Latino workers, (3) the hiring of Latinos in administrative positions, (4) a greater increase in participation by community residents in the supervision of how Latinos were being processed for employment”.4 Both companies resisted making these accommodations, leading to over a year of negotiations and protesting until the demands were met. The Spanish Coalition for Jobs eventually saw the demands manifesting, allowing for more Latinx individuals in the city to be hired, as well as implementing systematic changes to continue such inclusion. Over time, more companies became to partner with the organization, allowing the group to expand its outreach and devote energy to creating programs to address a wider spectrum of issues such as media representation, politics, and direct service.5 The group accommodated the growing need for more space by opening its current location in 1984.

The National Latino Education Institute, “the nation’s oldest Latino-led provider of specialized professional and vocational job training programs”, has remained a staple within the Latinx Chicago community, as the institute has been open for over 40 years.6 Mary Gonzalez-Koening was the president for the majority of that time until her retirement in 2009, coinciding with the organization’s name change. The new name signifies the shift in the organization's focus; the staff felt that in order for the attendees to truly receive the best job opportunities, they needed to be equipped with the education and skills they might not have had access to during their youth. In turn, the institute focuses heavily on providing academic resources to those enrolled. Not only the efforts of Gonzalez-Koenig, the rest of the staff and its participants represent the power of a grassroots movement, but also greatly benefits poor and working class Latinx individuals who would be discriminated against in less diverse spaces. The organization’s ultimate goal was to allow the Latinx working class of Chicago to have a voice and space in professional spaces, and today many of the city’s Latinx working population can thank the institute for the improved working conditions.