Operated by the National Park Service, this historic site preserves the site of the Battle of Tupelo and provides tours and interpretation that places this battle within the larger story of America's Civil War. Also known as the Battle of Harrisburg, the battle was fought from July 14th to July 15th in 1864. Though neither side could claim to have won the battle in a traditional sense, Union forces managed to keep Confederate soldiers from challenging Union control of nearby railroads in Tennessee. Given the importance of these supply lines to the Union's goal of wresting control of Atlanta, the battle played an essential role in the larger history of the war. Before moving on to the heavily-guarded city of Atlanta, the Union first needed to secure control of the Nashville & Chattanooga Railroad in Tennessee. By battling Confederate soldiers here in Tupelo, Union troops made it difficult for Confederate armies to challenge their control of supply lines in the region.

The monument for the Battle of Tupelo 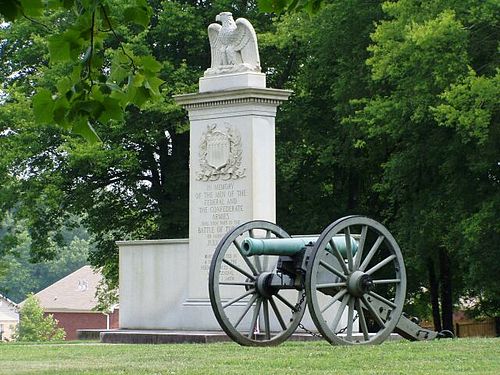 A close-up image of the monument 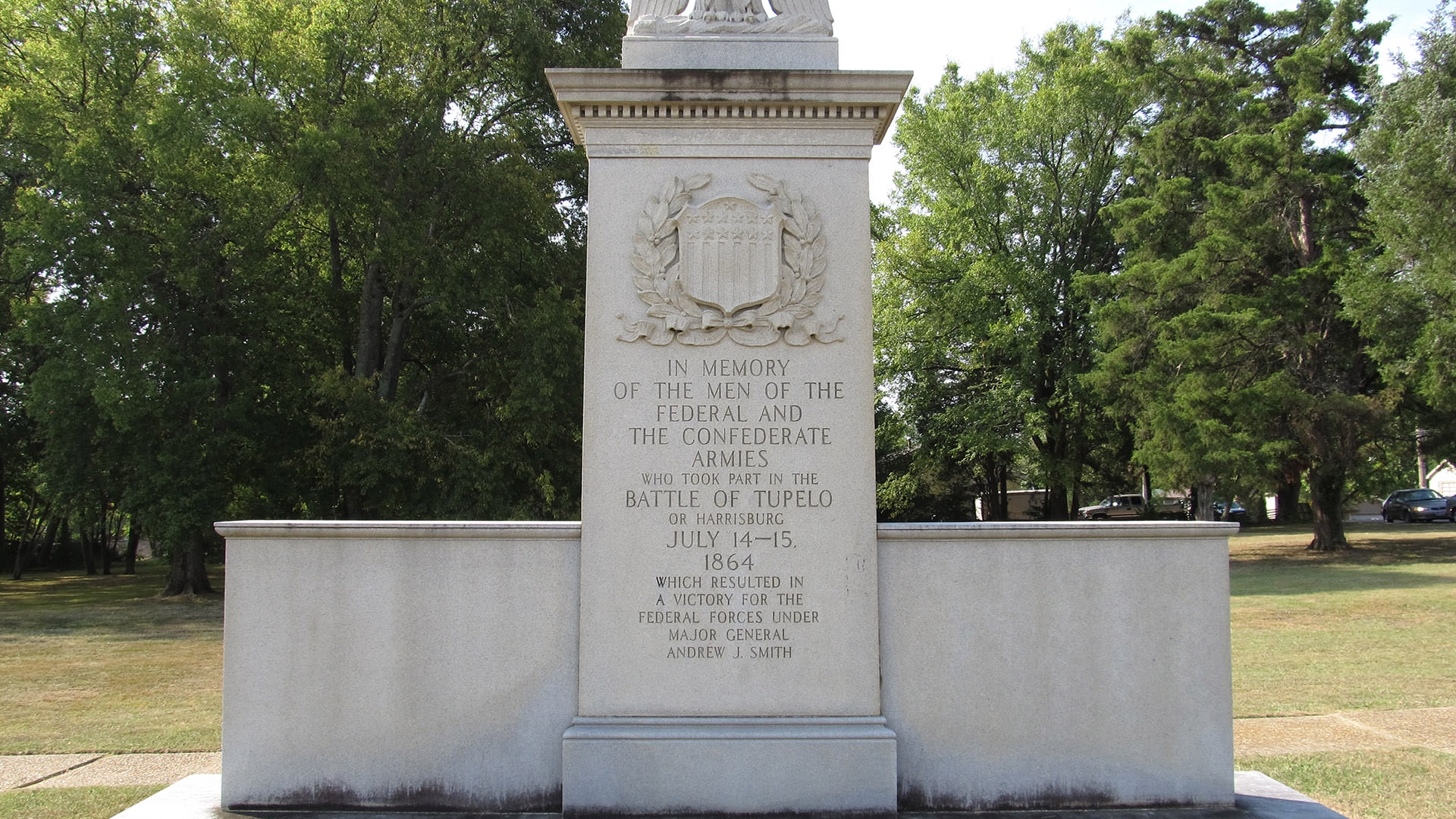 A map of the movements during the Battle of Tupelo 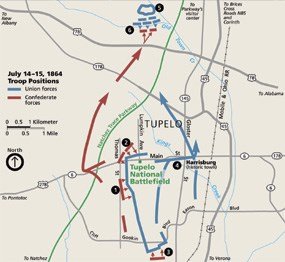 The Battle of Tupelo took place on July 14th and 15th, 1864. The purpose of the battle was to keep General Nathan Bedford Forest and his cavalry in Northern Mississippi and away from the Nashville & Chattanooga Railroad, a lifeline to providing the supplies that Major General William T. Sherman would need to defeat the Confederate Army led by General Joseph E. Johnston and to take control of Atlanta. Major General A.J. Smith led 14,000 men from LaGrange, Tennessee to Tupelo, Mississippi in order to attack Forest's 6,000-man calvary force.
Tupelo National Battlefield marks where those Union forces marched into Tupelo. The Confederate troops were disorganized, but they managed to recover from their initial state and neither side could claim a victory from the battle in conventional terms. However, the battle thwarted rebel movements and kept Confederate soldiers away from Union railroads. The railroad in question, the Nashville & Chattanooga Railroad, was necessary for moving troops into Atlanta, a city General Sherman wanted to occupy during his "March to the Sea."

The "March to the Sea" was an effort to destroy the Confederate army by separating the South. General Sherman planned to invade the south and bisect it, taking his troops from Chattanooga, Tennessee to the coast of Savannah, Georgia. On the way, Sherman planned to occupy Atlanta, Georgia, a move that would require large numbers of troops. This need for troops made the Union railroad lines into Atlanta a necessity, as they could be used for moving both troops and supplies into the area. Because of this, the Union forces sought to protect the Nashville & Chattanooga Railroad, a rail line that connected area controlled by the Union with Atlanta.