The Metcalfe County Jail operated for over 120 years, from 1861 to the mid 1980s, and served as the county’s only known stone building for nearly 100 years, until around 1954. It was added to the National Register of Historic Places in 2004 because of its significance within the history of masonry architecture in the area and Metcalfe County local government affairs during its era. 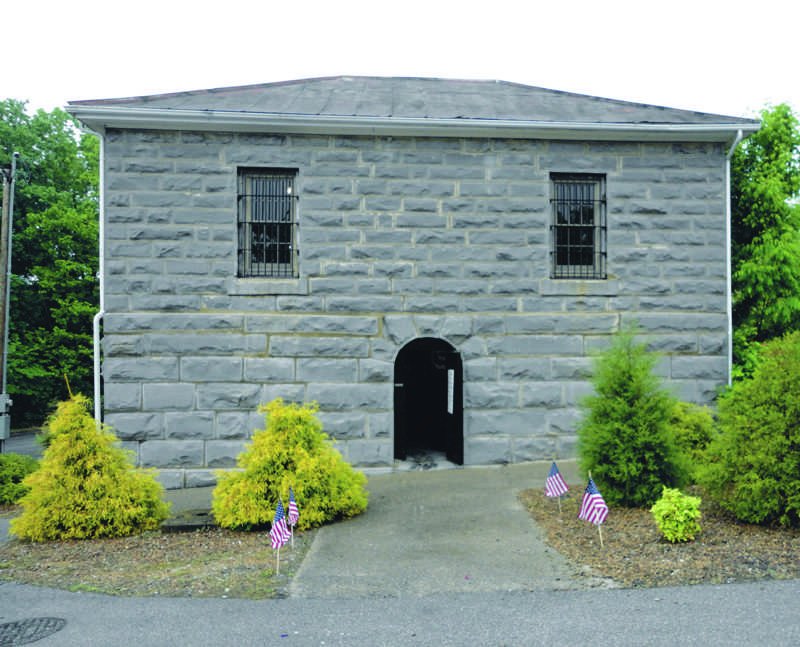 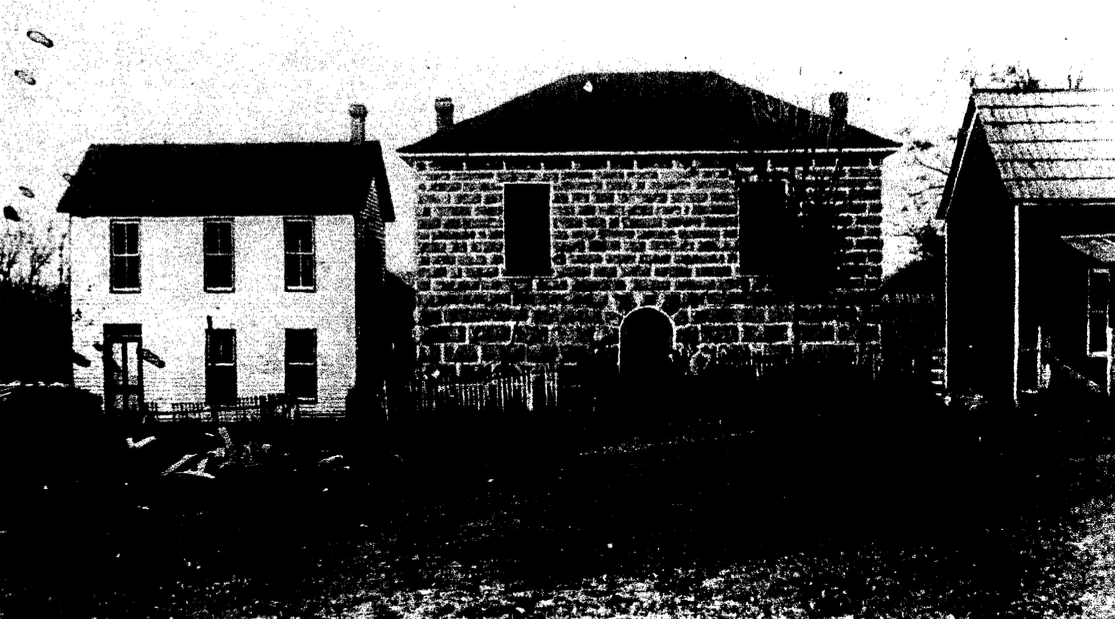 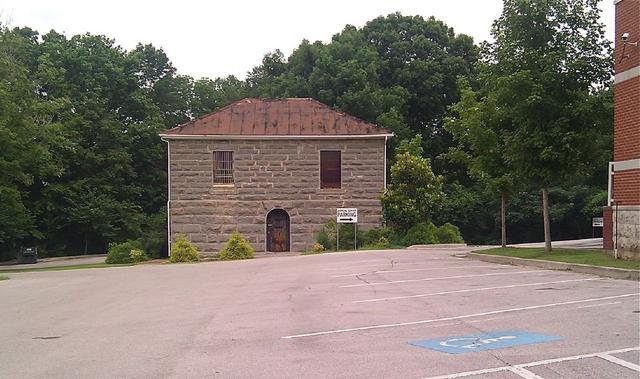 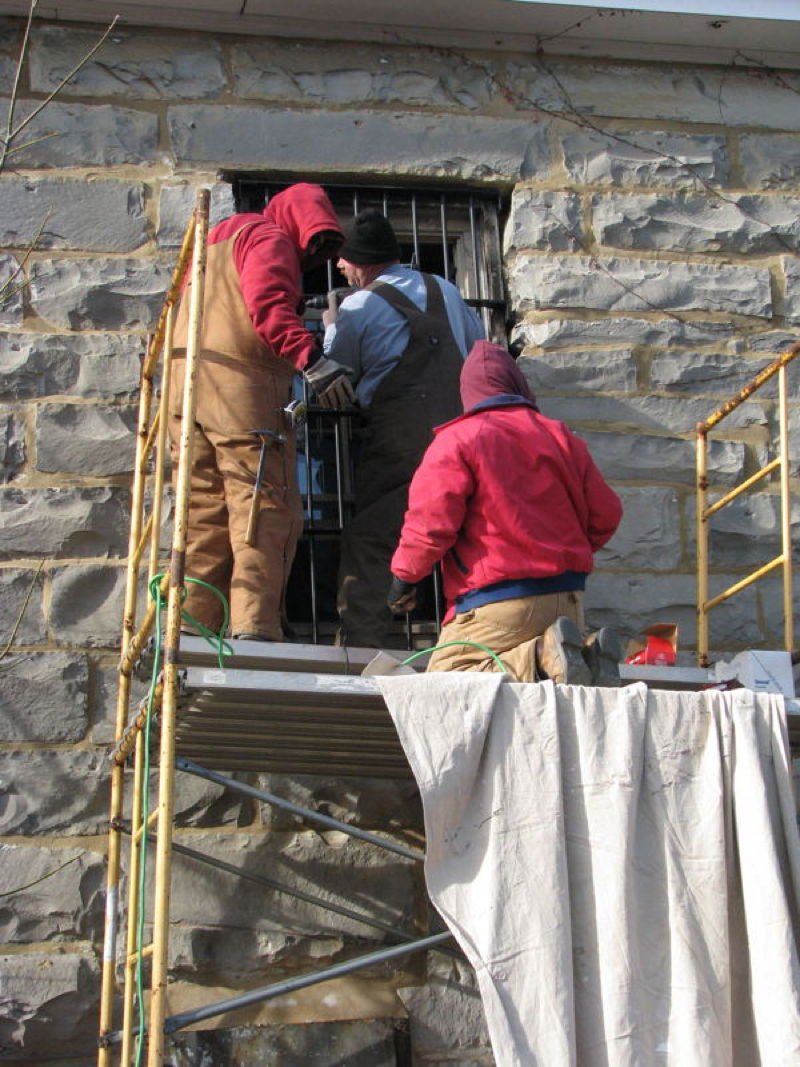 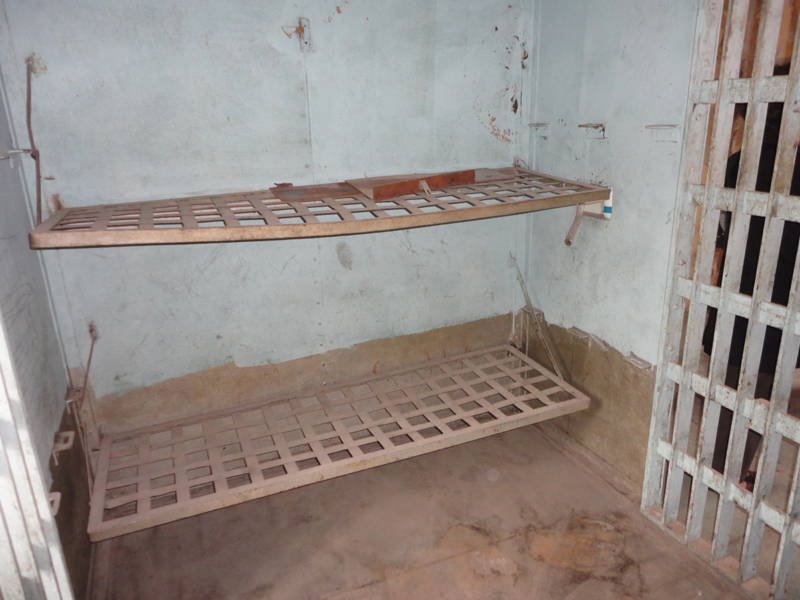 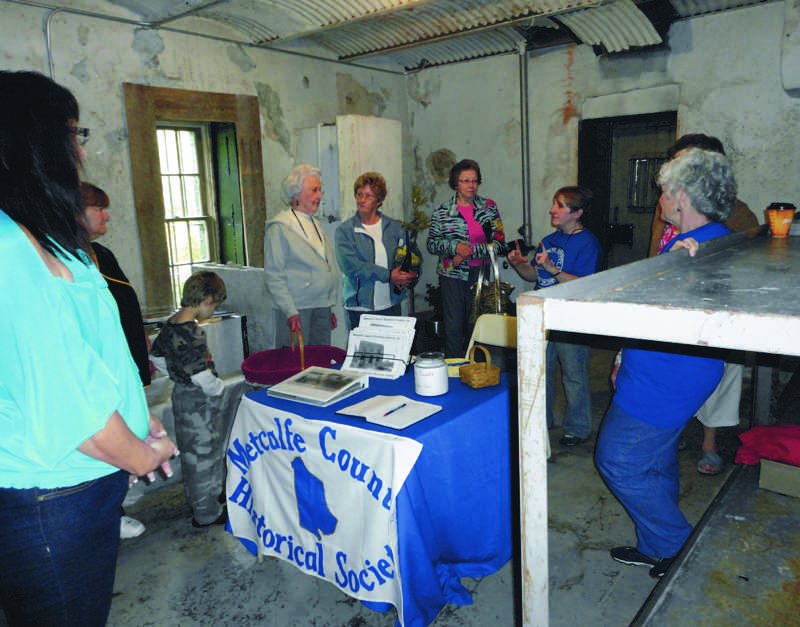 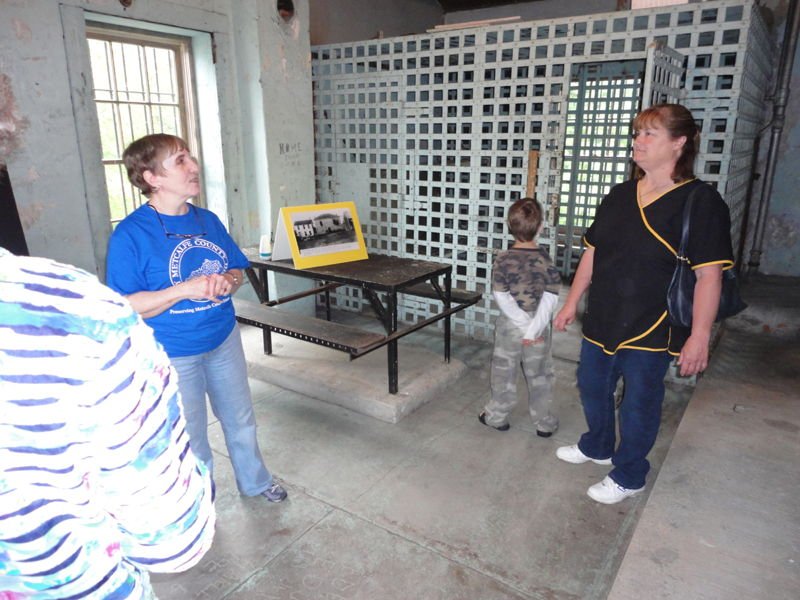 The jail was constructed circa 1860-1861, and was utilized for housing prisoners until around 1984-1985. At this time, the state of Kentucky deemed the building unsuitable for functioning, prompting a series of renovations over the next year (1984). Despite several renovations, the state still rejected requests that it be restored and put back to use as a 24-hour holding facility.

The building is a relatively small two-story Early Romanesque Revival style limestone structure with a medieval appearance, and it is located about 600 feet northeast of the county court house and just 230 feet from the town square.

From the outside, the building measures 36’ 9” x 24’ 4” with a rounded arch and a steel front door. The building used to include four windows on the first floor, but now there are just three, as one has been turned into another door. Each window includes a series of iron bars, though most have since been filled in with concrete.

Inside, the jail features a nearly 19-feet-long staircase leading to another metal door on the second floor. There are three rooms on the bottom floor, including a large dormitory, which was constructed in 1984, and two smaller rooms used as cells. The ceilings and floors are both made of poured concrete.

Throughout the 1970s, several updates and renovations were made to the structure. A new roof and central heating were installed in 1974-75, and in 1976, new restrooms and shower facilities were installed along with a fresh coat of paint for the building’s interior. In 1984, along with several other attempts to modernize and update the building, ductwork for heating and cooling was also installed.

In 2013, members of the Metcalfe County Historical Society previewed to the public some work which has been done to the building throughout its most recent restoration process. The preview, or celebration, included tours of the structure, gardening and garden art, local speakers, demonstrations, live music, and food vendors. The proceeds went toward further restoring the jail.