Originally constructed as a communist broadcasting tower, the Žižkov Television Tower represents a time in Czech history where public opinions were oppressed through the usage of media and propaganda. The tower sits on the grounds of what used to be an old Jewish cemetery, but that was destroyed during and after WWII. Today, the tower hosts the infamous baby sculptures created by famous Czech artist and political activist David Černý and has become a tourist attraction for visitors in search of a panoramic view of Prague. With a complicated history, the Žižkov Tower is a unique representation of Czech history. 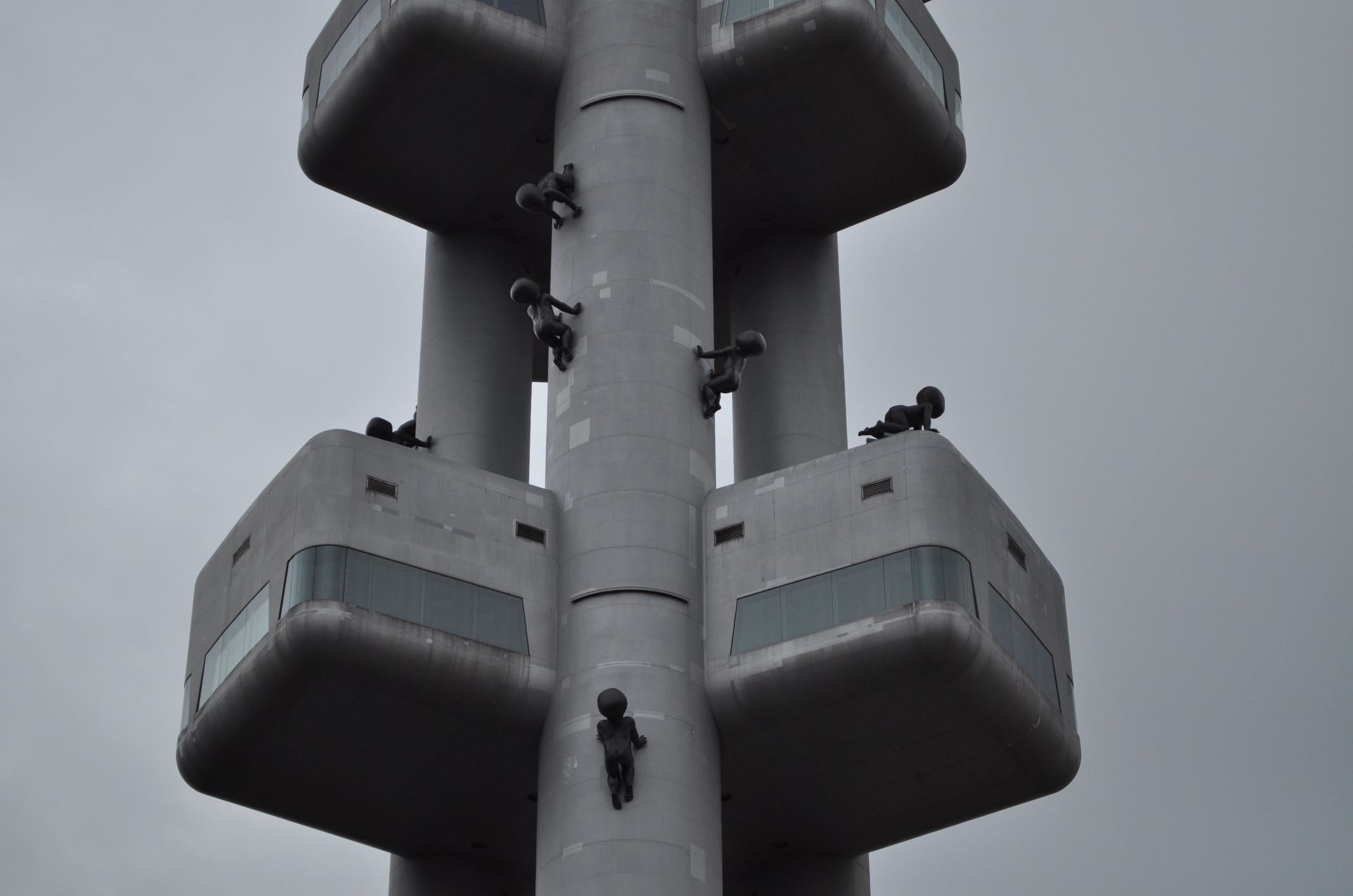 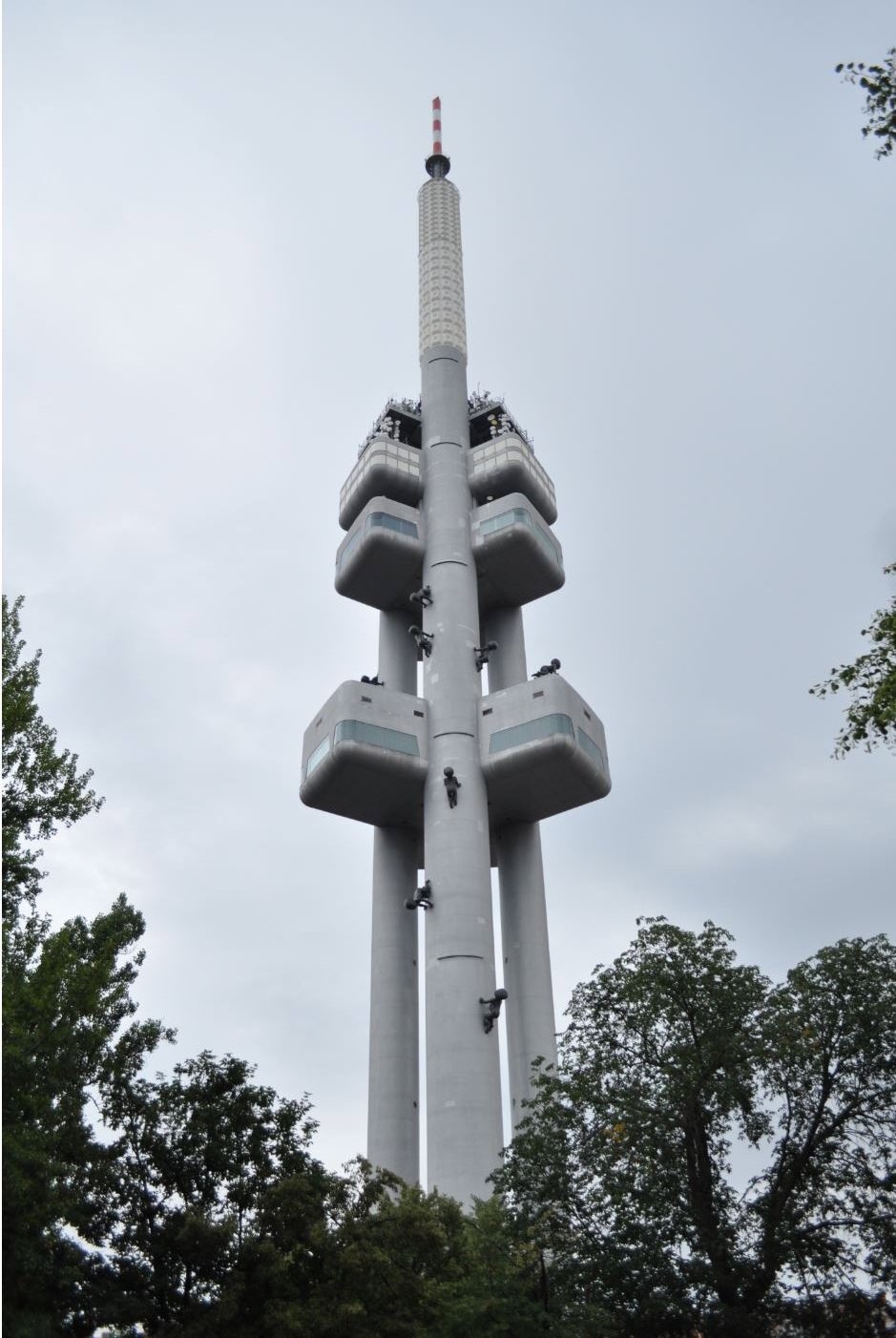 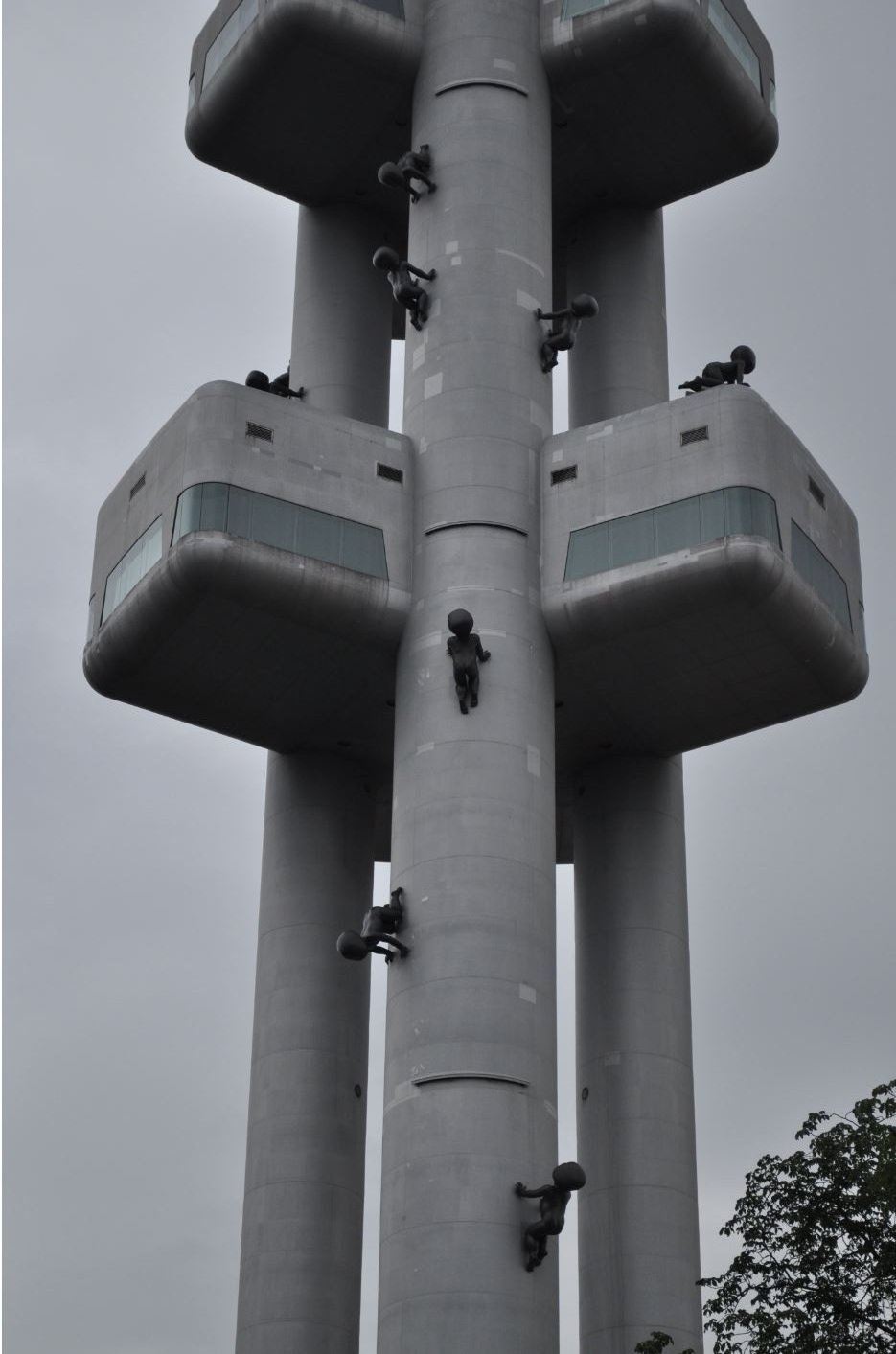 The Žižkov Television Tower is a giant, looming tower that was originally built during the 1980s for the purpose of both broadcasting communist television to Czechoslovakia and blocking Western broadcasts from the people of Czechoslovakia, according to locals. Rising over 216 meters, or 708 feet, tall, the tower is an unsightly reminder of the communist era and was referred to by locals as "Jakes' Finger," after Milos Jakes who was the final communist leader of Czechoslovakia.3 Although the tower was not finished until after the Velvet Revolution and the fall of communism, the building still elicits negative feelings from some Prague citizens because it stands as reminder of the country's tumultuous past and the oppression faced during communism. When discussing his distaste for the tower and if there was resistance against the tower being built in the first place, Prague architect Vaclav Aulicky says that "there wasn't such a big debate about it because it was in a time when no debates were taking place."1

The tower was built at the location of an old Jewish cemetery. Established in 1680, the cemetery held the remains of Jewish people who died during that era, mostly due to the plague. Around 40,000 people were buried at the cemetery, many of which were prominent rabbis and businessmen. During and after WWII, the cemetery was unkempt and deteriorated. In the 1960s, the decision was made to preserve only the oldest part of the cemetery and to turn the other areas into a park. This small section of the cemetery is now managed by the Prague Jewish Museum and is a protected historical monument. It wasn't until 1985 that construction on the Žižkov Tower began.2 It is a common misconception that the Jewish cemetery was ruined specifically to build the tower; however, the land was already empty because a park had been created twenty years earlier.1

Today, some negative attitudes toward the Tower have shifted slightly. Many people now view the structure as weird and unique versus ugly and depressing. In 2000, Czech sculptor David Černý attached ten statues of six-foot babies crawling up and down the tower. These disturbing babies have bar codes instead of faces. Some believe that the statues represent that modern children are being raised by television and computers instead of being raised by their parents. Others believe the statues are more of a political statement about a country whose democracy is still in infancy. Whatever their meaning, the sculptures have been embraced by the public are now on permanent display at the towers.4 To add to the positive feelings associated with Žižkov TV Tower, the tower now has a viewing area that boasts one of the best views in the city, a bar and restaurant, and a one bedroom luxury hotel. Surrounded by a complicated past, Žižkov Tower has become a tourist attraction for out of town visitors.

In summer 2019, twenty North Carolina teachers participated in an international professional development program in Prague sponsored by the Triangle Community Foundation's Borchardt Fund, studying strategies for connecting with and reflecting on culture using varied technology tools including Clio. Teachers were assigned the theme of Nazi-Communist oppression faced by Czechs in Prague between the 1930s and late 1980s, and each teacher selected a site to research and curate. This resulting tour based on their work helps to contextualize world history around World War II and the Cold War using specific examples from Czech history. The tour can be taken virtually/online, or by walking on site.