A building located here on Long Island has the distinction of being the last extant research facility of famed physicist Nikola Tesla. It was here that Tesla hoped to transmit electrical signals across the Atlantic through a tower that Tesla designed in 1901. Tesla’s dream did not materialize, and in 1917, the curiously-shaped tower was demolished and sold for scrap. While the tower was dismantled the building, which was designed by acclaimed (and scandalous) architect Stanford White, remains. The building was added to the National Register of Historic Places in 2018. The site is currently undergoing an extensive cleanup in preparation for the opening of a museum dedicated to Tesla and the early history of scientific experiments with electricity. 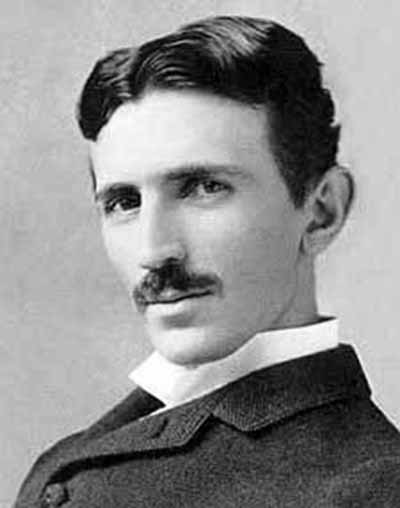 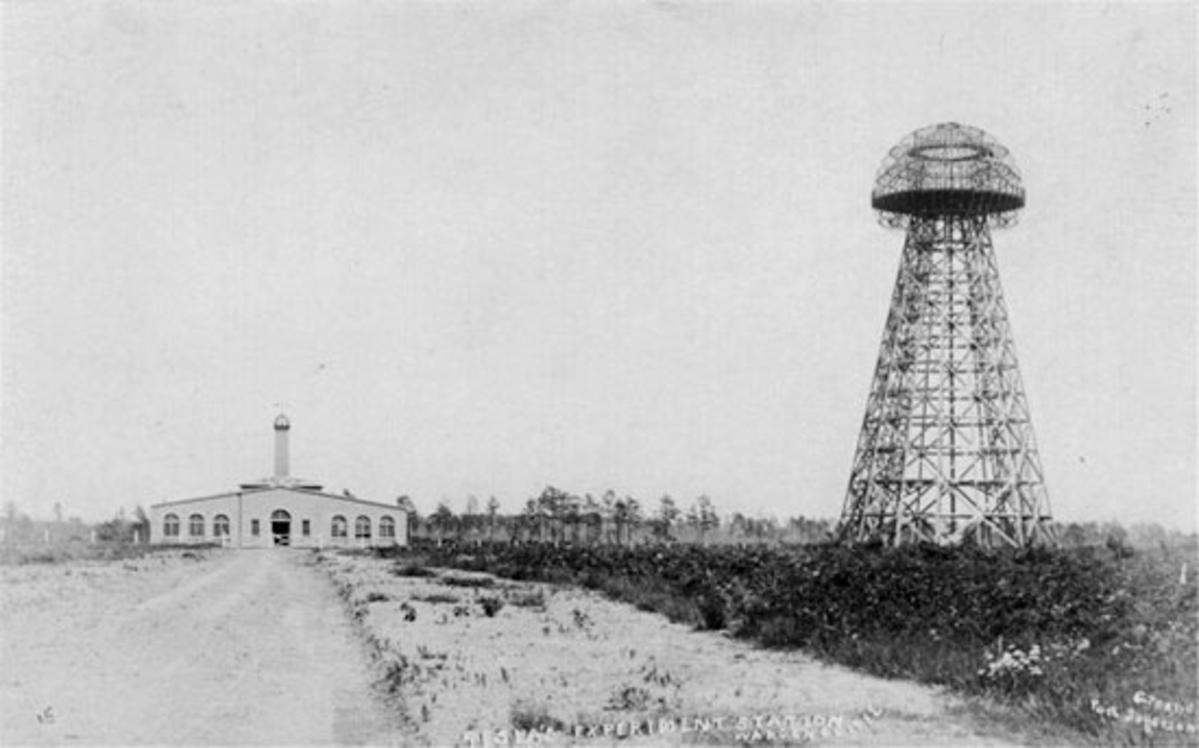 At the turn of the twentieth century, Nikola Tesla was at the height of his career and in the process of conducting experiments on his boldest theories to date. Working in Colorado Springs in 1899, the scientist began to develop ideas about how a worldwide wireless system would work. He believed that if he injected electrical current into the Earth at the right frequency, he could harness the planet’s own electrical charge, which could then be used to carry signals around the world.

At the time, Tesla lived in Manhattan’s Waldorf Astoria Hotel. He returned to the city in 1900 and began searching for financing for his ambitious theories. He courted wealthy Manhattanites who might agree to fund his experiments, and in March of 1901, banker J.P. Morgan agreed to invest $150,000 (more than $4 million today) in the construction of a facility for Tesla. Tesla was able to sell Morgan on the idea with the assurance that he would be able to send and receive messages from London as well as from ships at sea, undoubtedly an attractive possibility for a baron of finance like Morgan. John Jacob Astor was also an early investor, although on a much smaller scale than Morgan.

With financial support secured, Tesla purchased a 200-acre lot on Long Island at this location and ordered a number of large generators and electrical transformers. He also hired the well-known architect Stanford White to design the facility, which he named Wardenclyffe. White, along with Tesla, designed a 187-feet tall wooden tower that was vaguely mushroom-shaped. The half-dome at its top would be 68 feet in diameter. In the dawning years of the twentieth century, the tower must have made a curious-looking site.

At roughly the same time that construction of the facility was underway, the press released the news that Guglielmo Marconi had transmitted radio waves between France and England. Tesla came to believe that Marconi was copying his design and that he needed to up the ante if he wanted to keep his investors. He decided to develop a much stronger transmitter that could potentially allow for wireless power transmission of signals around the world, a move that would certainly leave his competitor in the dust.

Tesla approached his benefactor about additional funds to pay for the new, much larger scale of the project. Since Tesla was essentially violating his contract with Morgan, the financier refused to provide additional financing. Undeterred, he continued construction of Wardenclyffe, completing the facility in 1902

Once Morgan withdrew funding, Tesla’s finances began to unravel. He took out a mortgage on the Wardenclyffe property to cover his expenses at the Waldorf Astoria in 1904, and a second mortgage in 1908 to pay for additional expenses. But by that time, the property already appeared to be abandoned. Workers at the facility took employment elsewhere, Stanford White was murdered by the husband of his lover, and Tesla himself suffered what was apparently a nervous breakdown.  Eventually, the tower was demolished and sold for scrap to help the scientist pay his debts.

For a number of years, the site was used by a company that developed photographic film. The facility closed in 1992, leaving the site abandoned. In recent years, however, the site—now whittled down to a much smaller size, but including the original Stanford White building—was purchased by the Friends of Science East, which hopes to eventually turn the building into a museum dedicated to Tesla. Tesla Motors founder, Elon Musk, is reportedly a contributor to the planned museum. The grounds also feature a monument to Tesla which was a gift from the country of Serbia. (Both Serbia and Croatia claim the physicist as a native son.) The site was listed on the National Register of Historic Places in 2018.

Drive along the north shore to historical farmhouses from the 18th & 19th centuries - some of which have become museums, plus an early 20th century tower; end at an historical farm museum on the North Fork.