Erected in 1928, Westbrook House is a large historic home in the Park Hill neighborhood of Fort Worth. It is named after its builder, wealthy oilman Roy A. Westbrook, who helped found the Fort Worth Petroleum Club. It was designed by local architect Joseph L. Pelich and is significant for being a fine example of Tudor Revival architecture. Notable features of Tudor Revival architecture include decorative brickwork, arched windows, battlements, tall chimneys with chimney pots, and decorative half-timbering. The interior has retained many of its original elements including hardwood floors, original fireplaces, original tile work, intercom phones, stained and leaded glass windows, and ornate wrought ironwork. The house was added to the National Register of Historic Places in 2009. It remains privately owned

The Westbrook House was built in 1928 and is a fine example of Tudor Revival architecture. 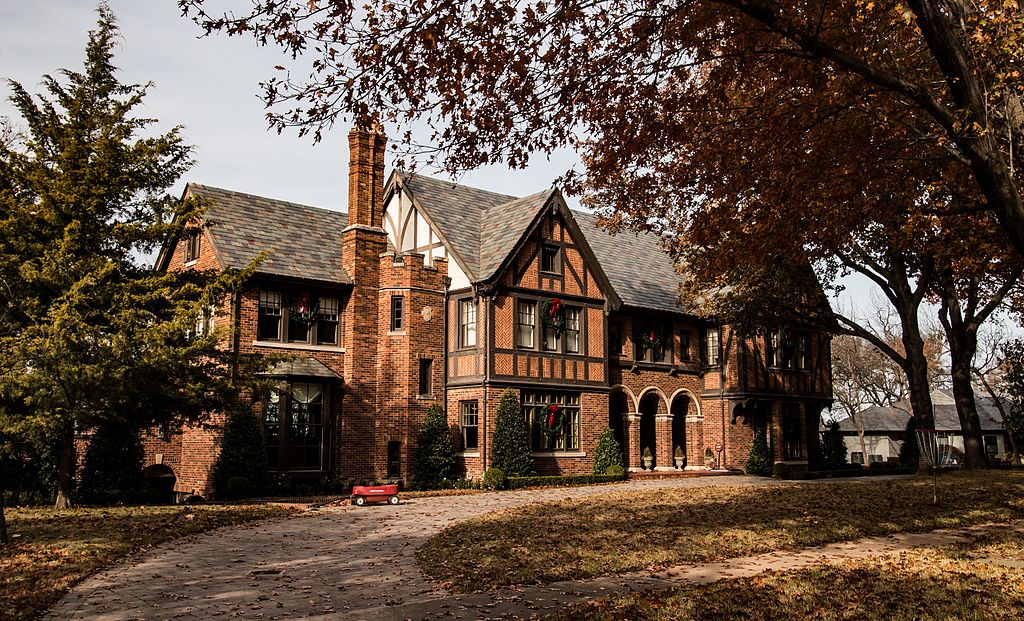 The house is also known for a sinister reason. In 1953, its owner William Clark was found shot to death inside. His wife, Mary, and three accomplices were charged with the crime. Apparently, she was upset that William thought she was only interested in his money. He changed his will that left her with only $10. He also annulled their marriage. However, two of the accomplices were killed before the trial started. Mary was acquitted and the surviving accomplice was given a five-year prison term. Mary ended up living in the house until 2006.