Constructed in 1910 and originally called the Colcord Building, the Colcord Hotel was the first skyscraper built in Oklahoma City. The building was originally 12 stories tall and erected by local businessman and developer Charles Colcord (1859-1934) who made his fortune in the oil industry. Added to the National Register of Historic Places in 1976, it has been a hotel since 2006.

The Colcord Hotel was built in 1910, making it the city's first skyscraper. 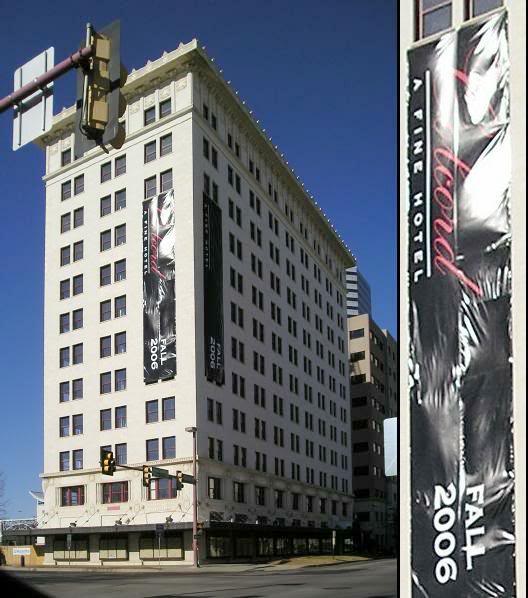 This walk explores the history of Oklahoma's leading city and begins at two of the state's most significant cultural sites: the recently-constructed Oklahoma City Museum of Art and Civic Center Music Hall which was built during the Great Depression. The tour includes local landmarks and historic buildings such as the Skirvin and Colcord hotels as well as museums such as the Oklahoma City National Memorial and Museum.