In 1891 an Episcopalian parish in Charlotte decided to open a private hospital for African Americans in the Charlotte area, called Good Samaritan Hospital. The cite itself witnessed some of the events which were involved in the only lynching every recorded in the city of Charlotte. The hospitals staff were always looked down upon, being seen as providing substandard care simply because of the color of their skin, despite the fact that early in the 20th century a nursing school was opened to train their staff. Good Samaritan Hospital operated until the early 60’s, until it was closed down for the purpose of being renovated and handed over to the city. It switched names to the Charlotte Community Hospital then in the 80’s it was turned into the Magnolias Rest Home. The facility was finally taken down in 1996. It stood where the current 40 yard line of the Bank of America stadium is located.

Picture of the early facility at Good Samaritan 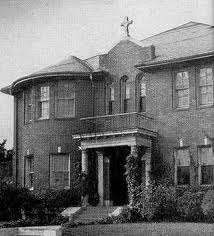 Image of the Good Samaritan 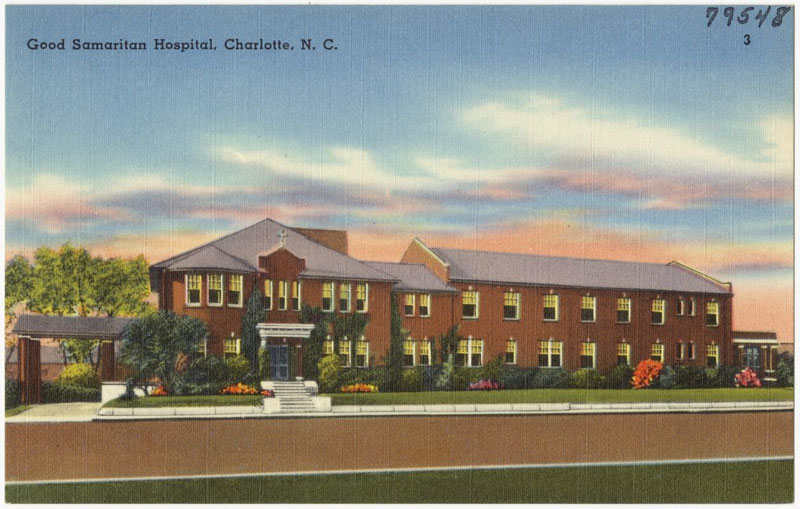 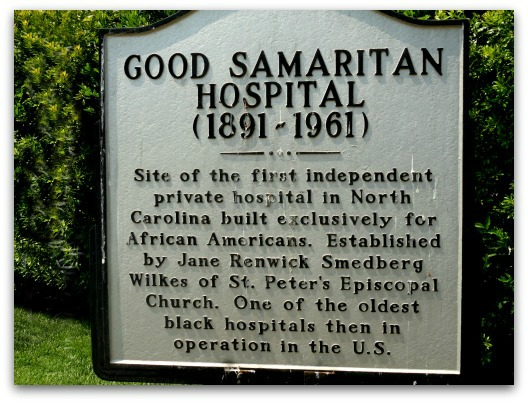 In 1891, Good Samaritan Hospital was opened in Charlotte North Carolina with the hope that African Americans could one day receive equal health care treatment as white people. Until that day arrived though, they would do their best to provide the best care that they could while still being under a segregated healthcare system and so having nowhere near the budget of white hospitals. The first experience of nursing that the area received was during the War Between the States, to help Confederate soldiers. After the war hospitals began to pop up around the country. These hospitals were only for the use of white citizens. In Charlotte the parishioners of St. Peter’s Episcopal Church opened St Peter’s Hospital followed 15 years later by Good Samaritan Hospital. Originally the pastor of the Church wanted to open one hospital for both white and balk patients but the church council voted against it. The project received support from many different groups including congregations in New York. Other African American hospitals also opened for the use by African Americans in North Carolina in the early 1880’s. Good Samaritan opened just years before the Supreme Court case Plessy verses Ferguson which in 1896 supported and reinforced the notion of segregation, and it was under this mindset that the hospital would be forced to operate for its entire existence.

Originally the hospital could only help 54 patients from North Carolina as well as neighboring states. After a few expansions which allotted for more patient beds, the hospital decided to open a nursing school for African Americans. Their first class graduated in 1909. The first major incident that the hospital was called to treat was in 1911 when a train for African Americans crashed in North Carolina. About 81 patients were brought to Charlotte. Physicians from all over the city came to help, only three of the patients died from their injuries. Then only 3 years later another incident occurred at the hospital. Unlike the previous incident, this was not a matter of saving lives but the of taking a life. A patient at the hospital was dragged out into the street and murdered. He was then lynched. This was the only recorded time a person was lynched in Charlotte. No one involved in the murder was ever prosecuted.

The price of operating a hospital in the modern world prove to much for St. Peter’s Parish and in 1940 it was forced to close the white hospital St. Peter’s. Then in 1961, Good Samaritan Hospital was sold for one dollar to the city of Charlotte. This was due to costs and certain problems that the hospital and the school of nursing had been causing. A premier example would be when students of the nursing school went on strike which lead to the nursing school to be closed in 1959. The NAACP became involved and the reason it went over to the city was so that there could be the opportunity for more equal treatment even though the system was still segregated. Then in the early 60’s the county run Memorial Hospital became desegregated. So, in 1964 the hospital hang names to Charlotte Community Hospital. In the 80’s Memorial Hospital received a major renovation and expansion, so the Charlotte Community Hospital was closed and turned into a retirement home called Magnolia Rest Home. It was finally closed in 1990. The facility itself was abandoned so that the buildings could be demolished along with the surrounding areas buildings so that the Panthers could have the Bank of America stadium built. The chapel in the hospital was moved and has been displayed at the Levine Museum of the New South.

Though the buildings of the facility are gone, the city recently put up a sign outside of the Bank of America Stadium to remember and mark as close as possible the Good Samaritan Hospital. The building would have been found somewhere near the 40 yard line on the field. The hospital, though gone, played an important part in the history of the fight for civil rights. The men and women who had to work hard to prove that they could equal and even surpass their white counterparts. What is more important than the ability to work towards civil rights is the gift that the hospital provided for the African Americans in the city and in the region surrounding Charlotte. But for to many, the Hospitals around North Carolina would be too far away; and not being admitted to the whites only hospitals, would succumb to their illnesses.