Named for three significant contributors to America’s conservationist movement, George Perkins Marsh, Frederick Billings and Mary French Rockefeller, the Marsh-Billings-Rockefeller National Historical Park opened in 1998. The land was originally settled in the early 19th century and work on the Marsh Mansion began in 1805. It became the boyhood home of George Perkins Marsh and the mansion and farm were then purchased by railroad magnate, Frederick Billings, in 1869. Billings continued Marsh’s emphasis on land conservation practices as did his granddaughter, Mary French Rockefeller and her husband, Laurence Rockefeller, when they acquired the land in 1954. Today, the 643-acre park is open daily year-round, while its historic buildings and visitor center are open daily from Memorial Day weekend through October 31.

The Marsh-Billings House and surrounding gardens.

The Marsh-Billings House was designated a National Historic Landmark in 1967. 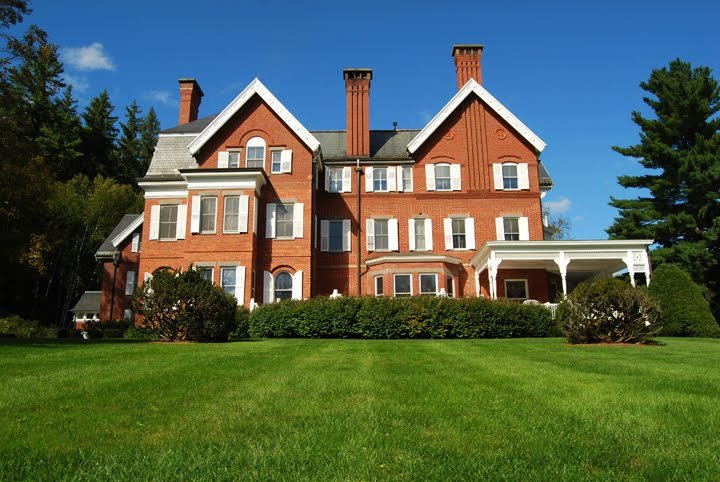 The Pogue, the park's 14-acre pond, is a man-made creation. 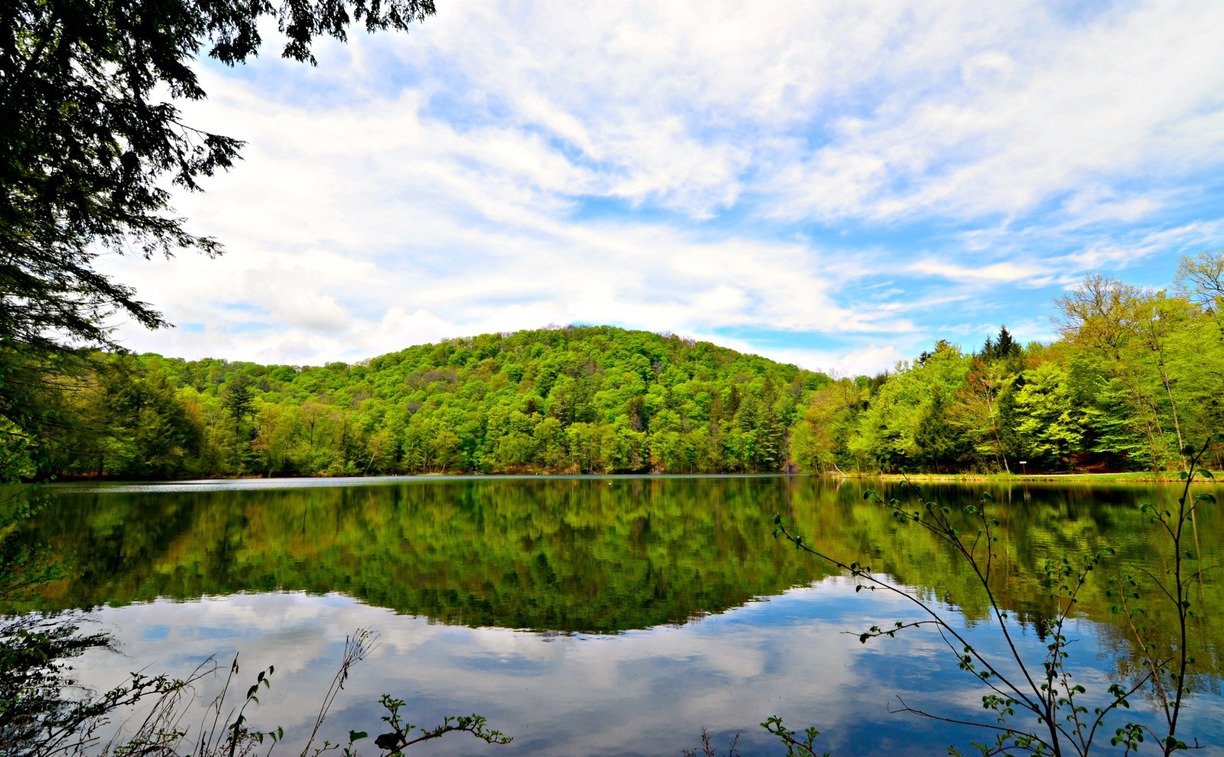 The Belvedere's swimming pool and greenhouse. 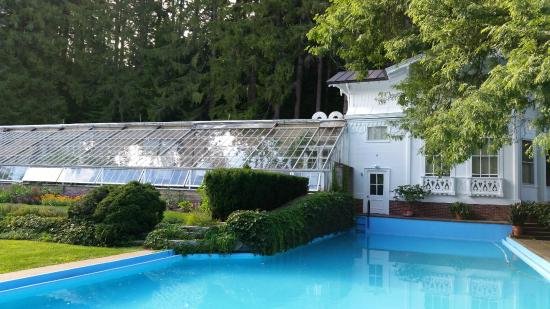 The park's forest center now occupies Billings' 1876 wood barn and offers a forest exhibit and educational opportunities. It was restored in 2008. 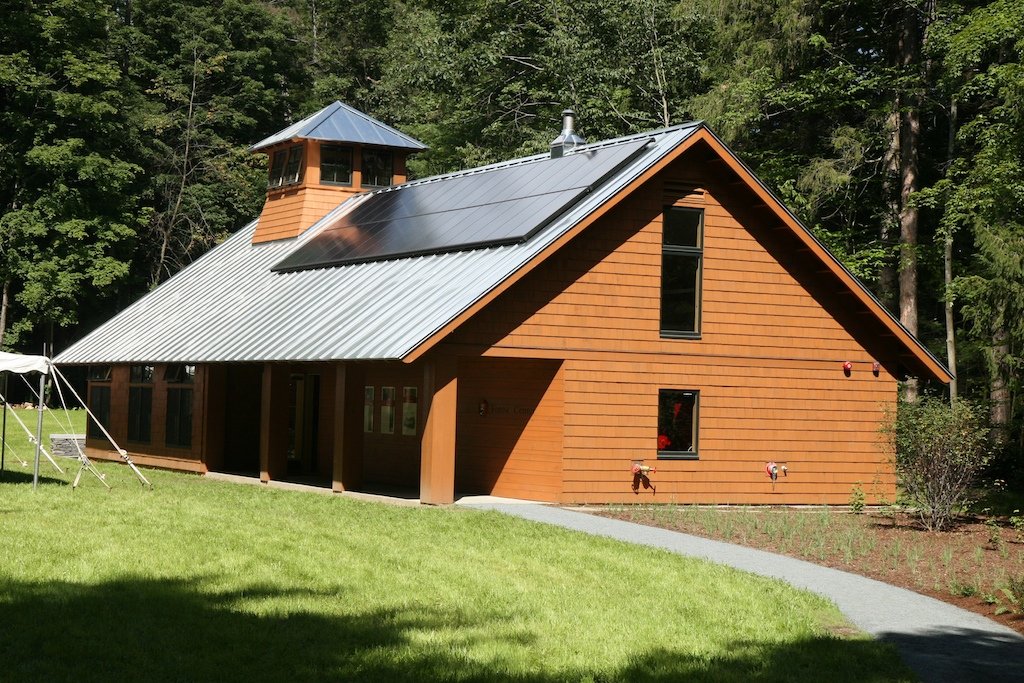 Lawyer, Charles Marsh, acquired the land that is now Vermont’s only National Park in the early 19th century.  He began work on an elaborate home in 1805.  It, and the surrounding forest, became central to the development of one of America’s earliest conservationists, George Perkins Marsh.  Marsh went on to become a lawyer himself and served in the U.S Congress as a Whig.  He also penned Man and Nature in 1864, which is one of the country’s seminal works on land conservation.

The 246-acre farm was purchased by the co-founder of the Northern Pacific Railroad, Frederick Billings, in 1869.  Billings substantially altered and expanded the mansion, adding several wings as well as a mansard roof in 1869 which he later removed in 1885.  Billings continued to work the farm and harvest lumber from the property, albeit in a sustainable manner, as the Marsh family would have wished.  He also re-forested much of the property, to include Mount Tom.  The property then passed to Billings’ granddaughter, Mary French Rockefeller and her husband, Laurence Rockefeller in 1954.  Mrs. Rockefeller then gifted the property to the federal government in 1992 which has managed it since.

Today, the park is the oldest professionally managed forest in the U.S. and still provides sustainably harvested lumber.  It is now home to 400-year old trees, to include Norway spruce, eastern white pine, Scotch pine, red pine and European larch.  It contains miles of hiking, equestrian and carriage trails as well as a tributary of nearby Barnard Brook and a 14-acre pond known as the Pogue.

Aside from the mansion, the park is also home to various other structures, to include the Forest Center, which incorporates the 1876 Wood Barn which was used by Billings to store his harvested lumber.  The park’s 1895 Carriage Barn is now home to the Visitor Center which includes exhibits, a bookstore and reading room.  The 1870s Belvedere Complex houses a small bowling alley, greenhouse, garden workshop, swimming pool and fallout shelter which was added in the 1960s.  The craftsman-style Bungalow was completed in 1917 as a private retreat for Mary Montague Billings French and was renovated in 1959.  It now is home to Asian decorative art as well as works from the South Pacific and Africa. All the structures are open for guided tours from Memorial Day through October daily.  Please call or visit the park’s website for specific times.