The Nash Street Historic District is the oldest and most well-preserved subdivision in the Starkville area. The district contains 13 buildings that contribute to the historical significance of the area. Comprised of 1930s Great Depression Era homes, the district is a representation of Starkville's growth from an agricultural center to a university town. Located 15 minutes from Mississippi State University, the district gives a unique look at Starkville's past and the rich history it holds. 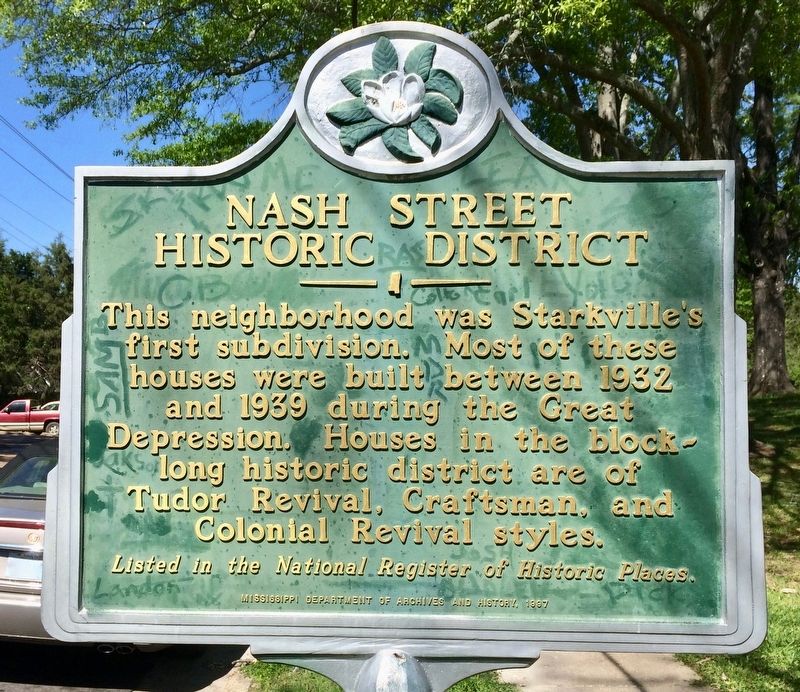 One of the historic houses within the district 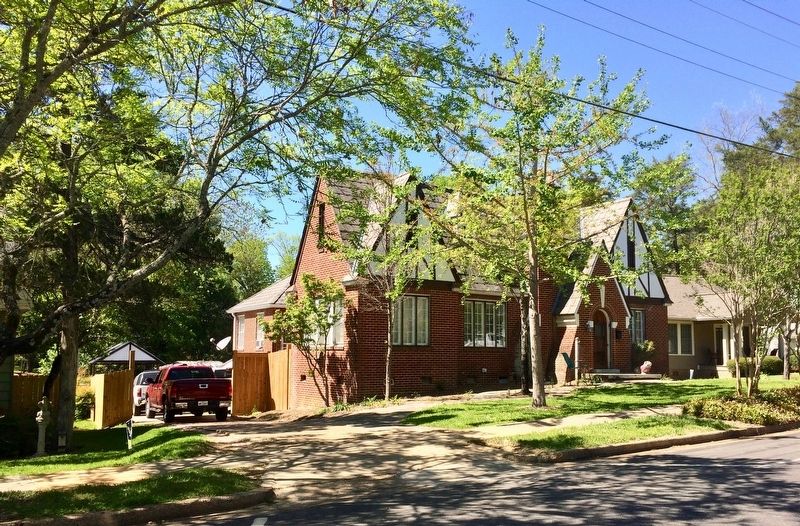 Another marker showing the bounds of the historic district 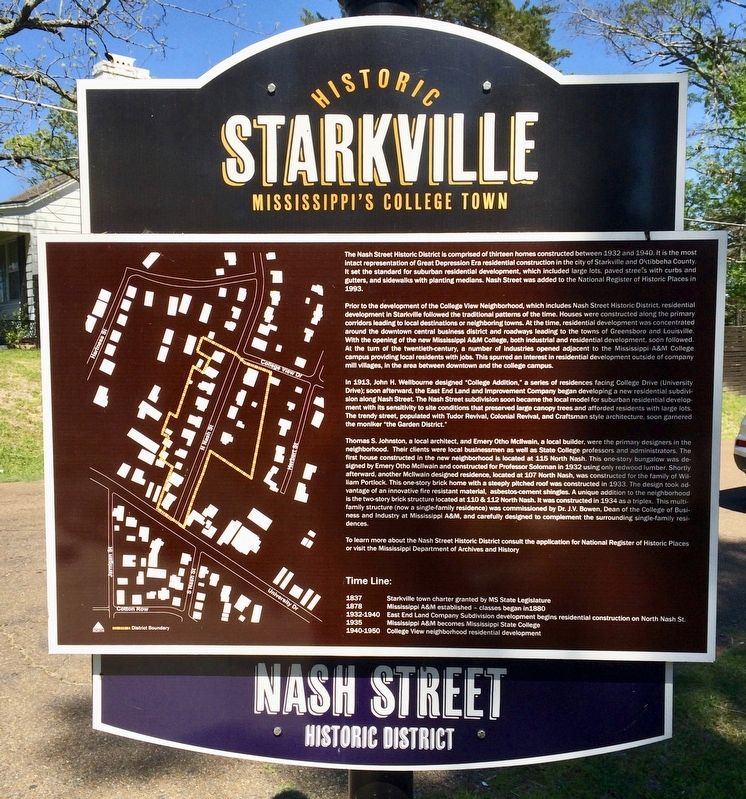 The Nash Street Historic District is a historic area in the City of Starkville. Once known as the Garden District, the area is the oldest subdivision in the city. Comprised of 1930s Great Depression Era homes, the district contains a rich history that can still be seen today. In the early to mid twentieth century, the neighborhood contained many upper middle-class residents. Within the district are 17 buildings, 13 of which contribute to the historical aspect of the area. The contributing buildings range in style from Tudor Revival to Colonial Revival to Craftsman, many of which were constructed as single family homes that are well preserved today. Most houses rest on brick foundations and utilize either brick or wood-frame construction. The lots within the district range from 11,250 square feet to 30,000 square feet.

The Nash Street Historic District is listed on the National Register of Historic Places today because of its significance in Starkville's history. Because the district is the city's oldest and most well-preserved subdivision, it represents the cultural change in Starkville that was occurring around the time of its creation. During the time period, Starkville was transforming from a trading center focused on agriculture to a city that focused on modern development and the university it held that was growing substantially. This change, largely the result of the growth of Mississippi A&M College, can be seen in the architecture of the buildings on Nash Street, making the area a picture of Starkville's growth and development.