Built in 1893 on the northern side of Woodburn Circle, Chitwood Hall is the third oldest building still standing on West Virginia University’s downtown campus. Originally known as Science Hall, the building was renamed in 1972 for former history department faculty member Dr. Oliver P. Chitwood. In addition to its association with Dr. Chitwood, the structure is also notable for its connection to the work of zoology professor Dr. Albert M. Reese. While Reese earned recognition nationwide as an expert on the order Crocodilia (crocodiles) and participation in Smithsonian expeditions to South America and Asia to study that animal, he also gained notoriety both locally and across the state as a defender of evolution during the 1922 Scopes trial. Chitwood Hall is now home to WVU’s Department of World Languages, Literatures, and Linguistics, and is open during regular university hours. 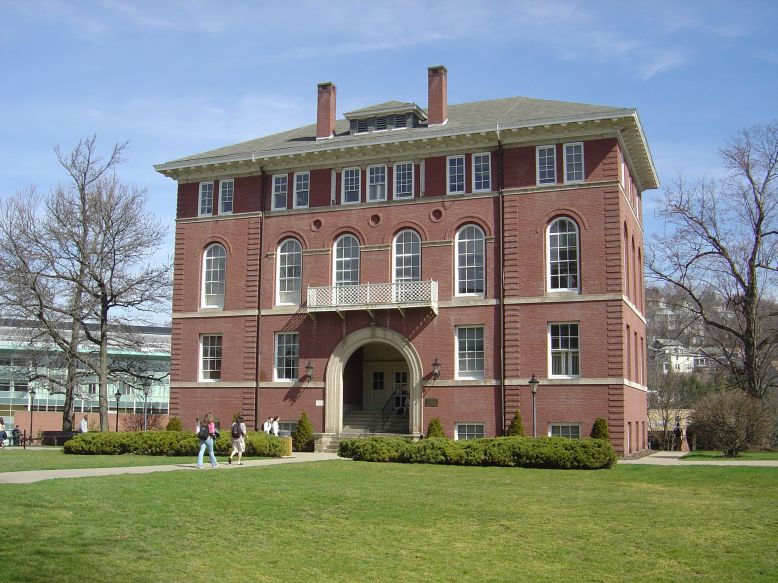 Photo of Chitwood Hall in 1893, the year of its construction. 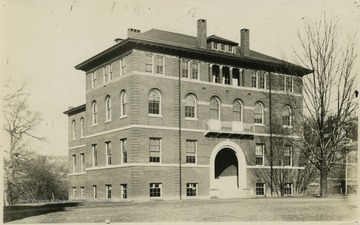 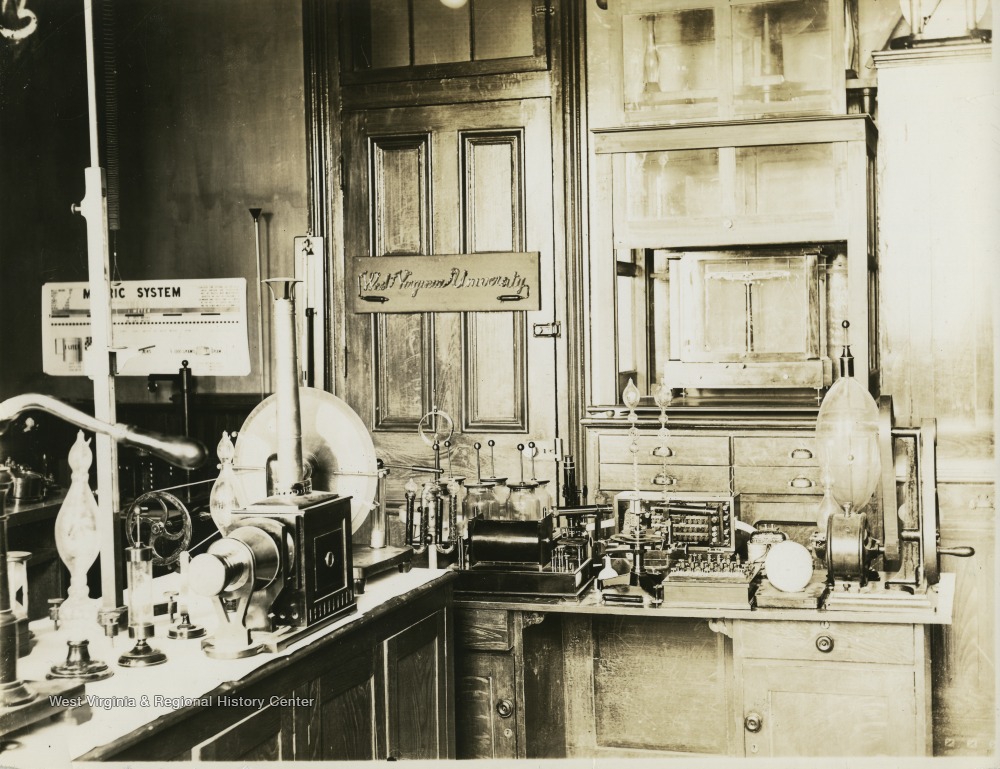 West Virginia University finished construction on Chitwood Hall in 1893 during the first period of major expansion in the school’s history. Prior to that time, what is now WVU’s famous Woodburn Circle (now the heart of its downtown campus) was occupied solely by the buildings now known as Woodburn Hall and Martin Hall. When Chitwood Hall rose as the final of the three buildings in the circle, it became the home of the university’s science departments (including zoology, physics, and biology among others). As a result, the structure was known as “Science Hall” prior to its renaming in 1972 after Dr. Oliver P. Chitwood, a member of the school’s history faculty who had passed away the previous year. During its time as Science Hall the building now known as Chitwood Hall was the site of pioneering work by Dr. Albert M. Reese, head of WVU’s zoology department and expert on crocodiles. After the science departments at WVU began to move to new buildings in the mid-twentieth century, the building housed art galleries and classrooms before they moved to the Evansdale Campus after the construction of the Creative Arts Center in 1969.

In the same period that the university completed construction on what is now Chitwood Hall, it also completed Mechanical Hall on Beechurst Avenue (where Stansbury Hall currently stands) and Commencement Hall (which occupied a portion of the site where the Mountainlair is now located). Like many of the university buildings that rose at this time, Chitwood Hall is an eclectic mix of architectural features popular at the end of the nineteenth century. The most prominent of those features by far is the arched entryway on Chitwood’s southern face, which includes hand-carved detailing and is topped by a wrought iron balcony. Originally the front of the building (at the top of the structure’s T-shape) was three stories high, while the rear (bottom of the T-shape) was one story lower and included a balcony similar to that on the front. In 1909, however, the building’s rear was renovated to include a third story, which necessitated the removal of the balcony on that side. This renovation failed to extend the structure’s intricate cornice work from the front of the building to the new addition, making the expansion somewhat more noticeable than it might have been otherwise.

During its time as the home of WVU’s science departments Chitwood Hall served as the site of noteworthy work by Dr. Albert M. Reese, a prominent scholar in the field of zoology. Dr. Reese traveled extensively as a result of his research on crocodiles, most notably as a participant in expeditions to South America and Asia sponsored by the Smithsonian Institute. The latter brought Reese nationwide attention with the publication of his account of the trip in 1919 as Wanderings in the Orient. Reese is better known locally, however, as a champion of evolutionary theory during the 1922 Scopes Trial. That year, in response both to media coverage of the trial and the efforts of Reverend John Roach Stratton to remove evolutionary theory from public school textbooks in New York City, Reese began to publicly criticize proponents of creationism.

This prompted Reverend O.W. Baylor of the Spruce Street Christian Church in Morgantown to request Reese’s participation in a public debate on the topic in town. Reese agreed and on March 1 of that year delivered a speech at the First Presbyterian Church titled “Why I Should Believe in Evolution” in response to an address the same night by physics professor Dr. C.W. Waggoner called “Why I Should Not Believe in Evolution.” That event in turn led William Jennings Bryan (prosecutor at the Scopes trial) to visit Morgantown the following month to deliver a lecture against evolution at Commencement Hall, during which he offered a reward of $100 to anyone who could prove the validity of evolutionary theory to his own satisfaction. Led by Dr. R.C. Spangler the zoology and biology faculty at WVU took Bryan up on his proposal and despite Bryan’s claim that his opponents did not fulfill the terms of the agreement they cashed his check anyway, which Bryan had sent to them prematurely.

With the construction of new buildings for the biology, physics, and other science departments in the 1950s along Beechurst Avenue, the university repurposed Science Hall for use by its arts faculty. It was during this period that it renamed the structure for Dr. Oliver P. Chitwood, a member of the history department who passed away in 1971. Born in 1874 in Franklin County, Virginia and educated at William & Mary College and Johns Hopkins University, Chitwood briefly served as a professor of history and economics at Mercer University in Macon, Georgia before moving to WVU in 1907. Over the course of his career at West Virginia Chitwood became one of the most prominent and influential historians in the university’s history, second only perhaps to his contemporary James Morton Callahan. Chitwood’s books became standard texts in his field, used in university classrooms across the nation. Among them are counted biographies of Revolutionary War leader Richard Henry Lee and President John Tyler as well as studies of criminal justice in colonial America and overviews of American history and society from the colonial era to the twentieth century. In recognition of Chitwood’s contributions to his field and university, Chitwood Hall was named in his honor the year after his death.