This historical marker shares the history of an 1863 battle between Confederate raiders and a much smaller United States force that attempted to defend the town of Fairmont. Beginning on April 20, 1863, Confederate Generals William E. Jones and John D. Imboden launched a raid from Virginia through what would soon become West Virginia against the Baltimore and Ohio Railroad. On April 29th, 1863, a force led by General William E. Jones engaged with Union forces led by Captain Chamberlin of 106th New York Volunteers and militia commanded by Major Parish. The small battle was a result of both sides trying to control a railroad suspension bridge owned by the Baltimore and Ohio Railroad that spanned Monongahela River into Fairmont. The Federal Forces approximately numbered about 300 with an opposing Confederate Force numbering between four and five thousand, with seven regiments of cavalry. The battle resulted in the destruction of the railroad bridge, the raiding of Fairmont, and the Confederate force proceeding towards Bridgeport.

The B&O suspension bridge that was the main objective of the battle of Fairmont, 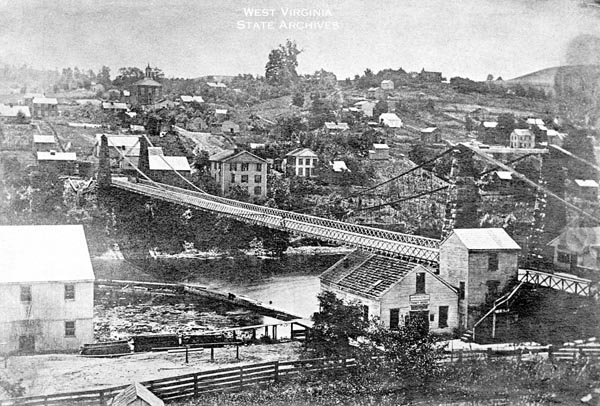 Pylon Support of the B&O Railraod Bridge Destroyed on April 29, 1863 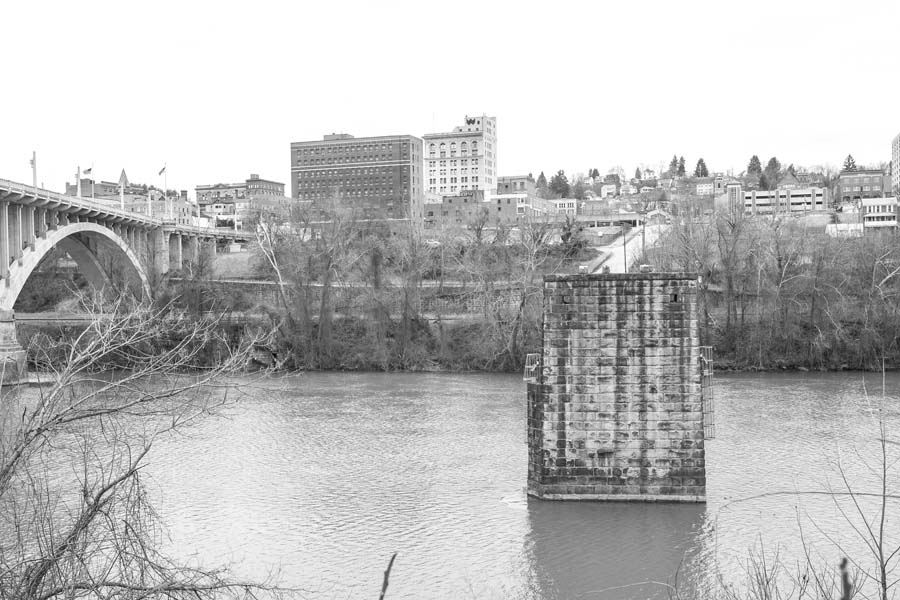 The Battle of Fairmont Historical Marker 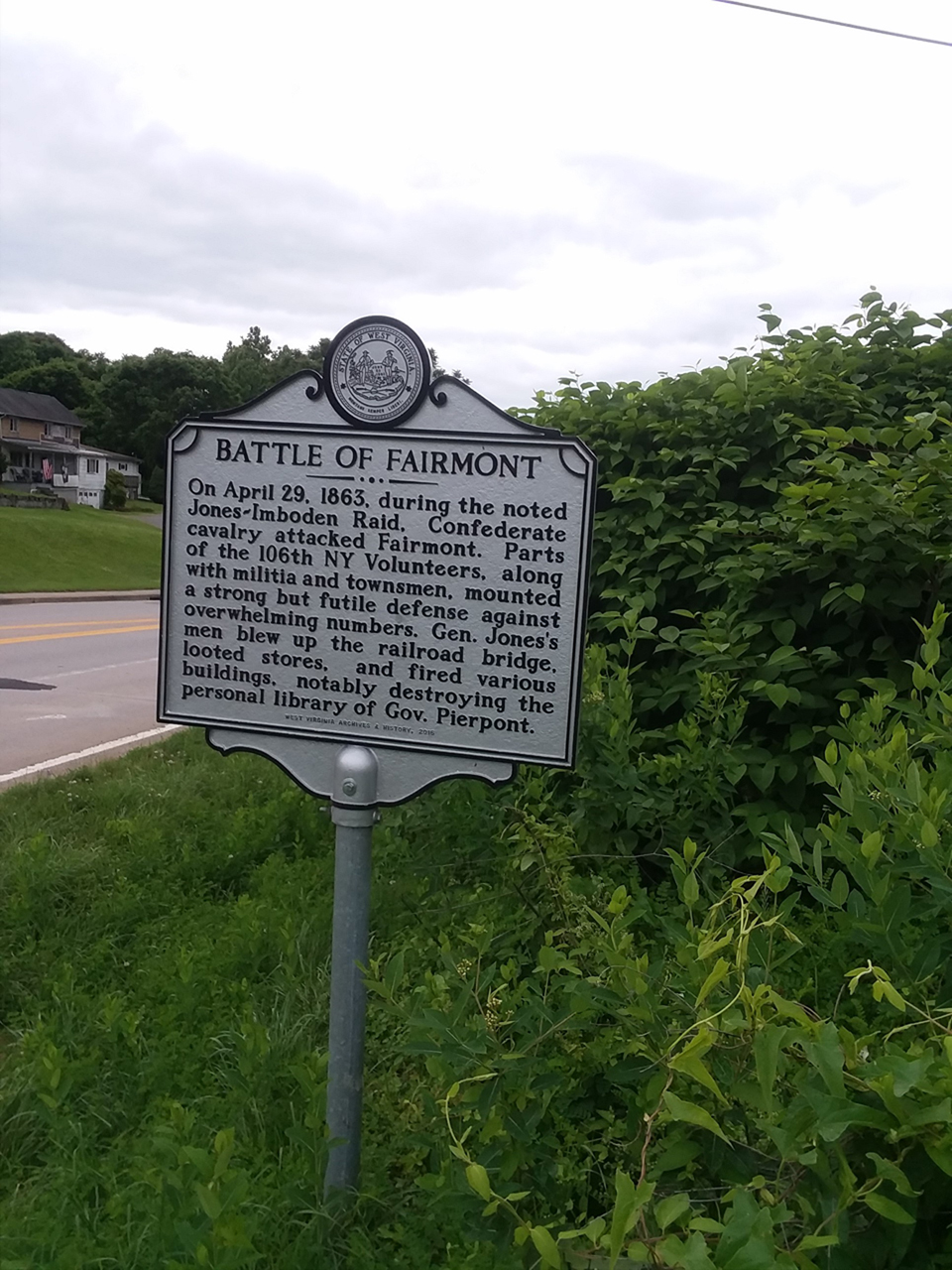 Early on the 29th of April 1863, Federal forces consisting of companies D and F, 106th N. Y. Vols. - 105 men; two companies of the 176th Virginia militia - 117 men; 38 men of company A, the 6th Virginia, and about 40 citizen soldiers, began their defense of the Baltimore and Ohio railroad bridge and the town of Fairmont. The opposing force of Confederates, according to General Jones, consisted of seven regiments of cavalry, one regiment of mounted infantry and 300 mounted sharp shooters, and in all 6,000 men.

The engagement began at approximately 8 a.m. with the main force of Confederates advancing from the direction of Barracksville, southeast of Fairmont. Forces advanced on Fairmont from all directions except the east in which skirmishing began along the hills on the north and northwest of Fairmont. Confederate forces were finding a great deal of resistance and were slowly pressing back those of Captain Chamberlin and up the river in the direction of the bridge. Chamberlins forces held off the Confederates for hours while only taking minimal casualties. Around 1 p.m. the Confederates had driven the small force to the bank of the river, culminating in a cavalry charge, upon seeing the charge Federal forces surrendered when they deemed further fighting to be useless. Later in the day a train of Federal reinforcements arrived from Grafton but were repelled with little problem by General Jones. Confederate forces recognized a loss of life number 54 men with a number wounded; Federal forces reported two killed and six wounded. The forces that surrendered were later paroled at 9 p.m. the same day.

Confederates destroyed the bridge by putting powder into the cylindrical iron support of the bridge that supported the whole of the framework. The powder was detonated, and the whole structure fell into the water with the surrounding piers being unaffected. Confederate raiders than took control of Fairmont, taking food, money, horses, and other goods. Governor Pierpont's personal library and law library were dumped into the street and burned. Approximately 500 horses were taken from the area as the raiders continued their path of destruction.