Built in 1911, the Washoe County Courthouse is historically significant for its architecture, the political history of the county, and its association with the divorce industry. The courthouse has been in continuous use as the county seat of government since its construction. As for its architecture, the courthouse is a fine example of Beaux-Arts architecture and features many decorative elements including the large portico with Corinthian columns, terra cotta ornamentation, and the copper dome. Lastly, the courthouse is notable for the role it played in the early 20th-century divorce industry when the state became attractive to couples seeking to separate thanks to Nevada's more lenient residency laws (thousands of couples were granted divorces at the courthouse). For these reasons, the courthouse was added to the National Register of Historic Places in 1986.

The Washoe Country Courthouse was built in 1911 and was the site of tens of thousands of divorces in the early 20th century. 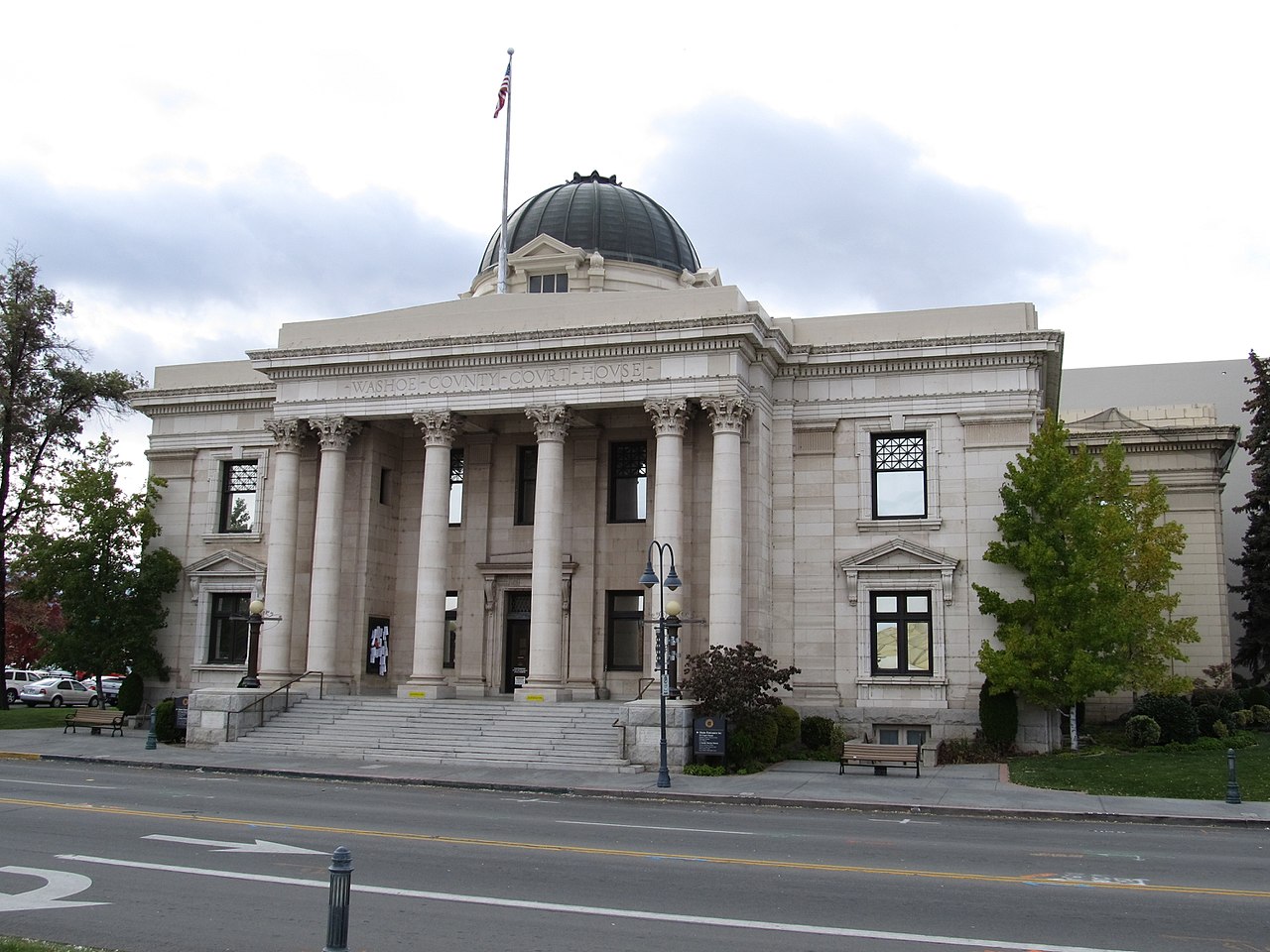 The courthouse is the third one to serve county and the second one at this location. The county expanded it a few times over the decades including a modern wing in 1963. Architect Frederic J. DeLongchamps designed the building; it was his solo commission in the state and he would go onto to be one of Nevada's prominent architects of the 20th century.

The federal government acquired what is now Nevada (as part of the Mexican Cession) from Mexico after the Mexican-American War (1846-1848). The Nevada territorial legislature adopted marriage and divorce ordinances from California in 1850 and then officially established them into law in 1861. When Nevada attained statehood in 1864, the laws remained in place, setting the stage for what would eventually come a few decades later. The laws stipulated that one only needed to be a resident for six months to establish residency and that seven grounds for divorce were allowed. At the time, divorce laws in other states were far more strict. In New York, for example, adultery was the only legal ground for divorce. In South Carolina, law forbade divorce completely.

The divorce industry in Nevada took off in the early 1900s. In 1900, an English lord moved to Nevada to divorce his wife and marry again. Then in 1906, the wife of the president of the United States Steel Corporation moved to Nevada to get a divorce. These stories, the latter one in particular, garnered a lot of attention and soon Nevada attracted thousands of people seeking a divorce, and Reno earned the nickname "divorce capital of the world." To make money from the influx of people moving to the state, businesses of all kinds were established, most notably hotels which provided short-term lodging (residents also rented out space in their homes). Needless to say, the divorce industry was incredibly lucrative for the state, and the legislature reduced the residency requirement to three months to grow it even more. Even during the Great Depression the industry proved stable (in 1931, the legislature reduced the residency requirement to just six weeks). During the 1930s, over 30,000 divorces were granted at the courthouse. Additionally, the state legalized gambling in 1931, which helped the economy as well.

The divorce industry shaped Reno in a number of ways. It laid the foundation for what the city is today, a thriving tourist center. It also grew the city as well, as many people who moved here decided to stay. The industry affected the rest of the country as well. Other states would eventually adopt more lenient divorce laws by the 1960s, thereby bolstering women's rights.