This historical marker was dedicated in 2016 to commemorate a Civil War skirmish that concluded with a Union victory. Pack's Ferry on the New River was a strategic river crossing that was held by the Union and guarded by soldiers from Ohio. 900 Confederate troops under Colonel G. C. Wharton morning attacked the Union position on August 6, 1862. Despite having numerical superiority and two artillery pieces, the Confederates were not able to overwhelm the Union defenders. The Confederates attacked from the east bank, but the four companies of the 23rd Ohio Volunteer Infantry under Major James Comly held their ground long enough for Union reinforcements to near the area. With Union soldiers moving to aid the beleaguered Union defenders, Wharton's Confederate attackers withdrew. 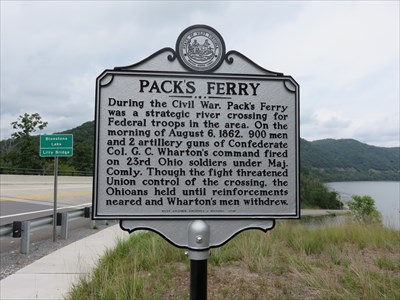 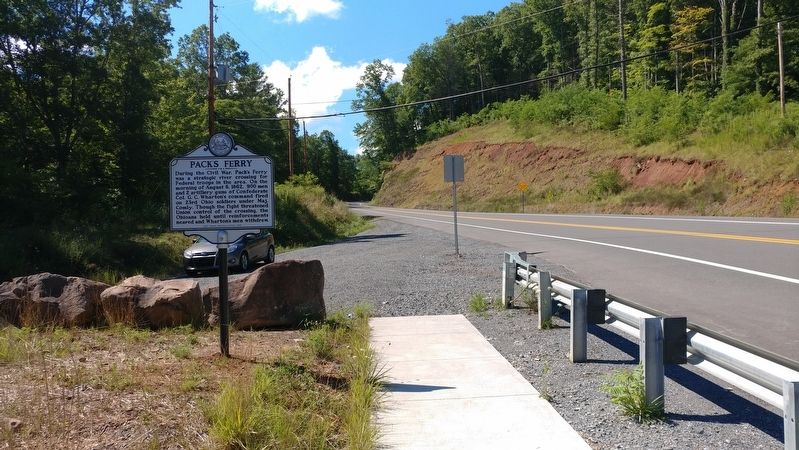 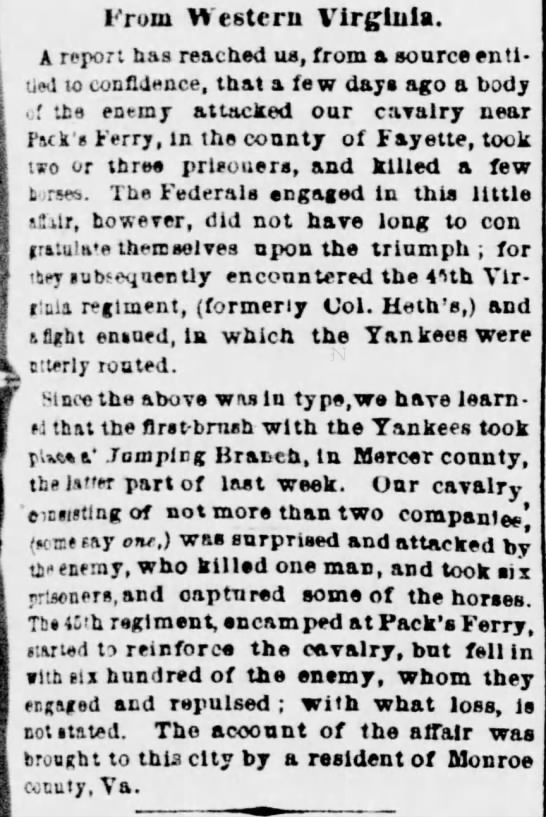 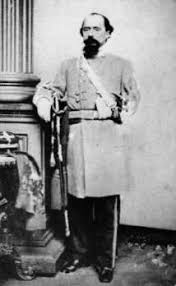 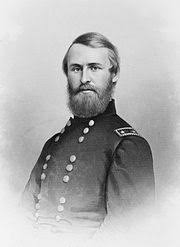 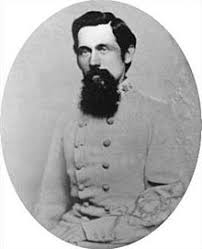 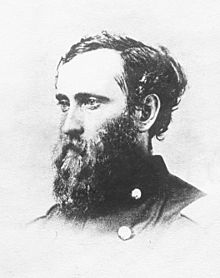 The bridge was recently rebuilt and historical marker was dedicated following the construction profect to commemorate the Civil War skirmish that occurred north of the Bluestone River. Confederate troops approached from the east and attacked Union troops on the banks of the New River. The following selections from primary sources such as reports and newspaper accounts offer more details and context.

Sir: I have the honor to report that on the 5th instant Col. G. C. Wharton, with about 900 men and two guns, left Peterstown and proceeded to Pack's Ferry, which place they reached before sunrise on the morning of the 6th. The enemy, evidently ignorant of the approach of our forces, was encamped on the other side of New River, and we were enabled to plant the pieces and open upon them before he was apparently aware of our proximity. The fire was delivered with splendid effect, causing him to destroy his fiat-boats and throw his supplies into the river and vacate his camp. We killed and wounded about 20 of the enemy, 1 of our men being slightly wounded.1

Sir: I have the honor to report that on the morning of the 6th instant a heavy detachment of the rebel force in front, consisting of three regiments of infantry, two squadrons of cavalry, and a battery of rifled cannon, made an attack upon the detachment of my command at Pack's Ferry, near mouth of Blue Stone, or New River. My force there consists of four companies of the Twenty-third Ohio Volunteers, under Major Comly, with two mountain howitzers. The remainder of the Twenty-third Regiment, under Lieutenant-Colonel Hayes, is encamped at Green Meadows, some 8 miles from the ferry, near the forks of the road leading from Blue Stone River to Raleigh Court-House and to this camp.

The attack was evidently made for the purpose of destroying our ferry (constructed in form of flying bridge), by means of which we keep control of parts of Monroe County, and have the means of communicating with the Third Brigade, stationed at Meadow Bluffs, in Greenbrier County.

The effort of the enemy entirely failed, Major Comly preserving the ferry and holding his position without loss on our side. The attack was made from the opposite side of the river, the rebel force coming from The Narrows of New River.1

Sir: I have the honor to report my return to Camp Jones. I reached Pack's Ferry, via Green Meadows, about dark yesterday…. The boat was removed under fire. Some 30 to 40 shots were fired from the two rifled 10-pounders with which the enemy opened fire from a point above the camp and on the east side of the river. The enemy's infantry occupied the shore immediately opposite the camp, but were soon driven off. As soon as possible three companies were ordered up the river to a point opposite the position of the enemy's artillery, and immediately thereafter they began a hasty retreat. They moved off very rapidly. The enemy had 2 men shot, supposed killed, in view of the men engaged at the boat.

On my arrival at the ferry I found everything quiet, a few shot-holes in the tents, and the condition of the large ferry-boat being the only visible signs of the contest. It is expected that the ferry will be in running order again by this evening, by to-morrow at farthest. Three regiments of infantry, a considerable force of cavalry, and three rifled cannon made up the force which attempted and failed to break up the camp at Pack's Ferry.1

The skirmish in Monroe county.

We have some further particulars of the skirmish at Pack's Ferry, Monroe County, Va, on Wednesday last. Col. Wharton, with a small force, surprised and attacked about 300 Yankees, putting them to rout, and killing and wounding between 20 and 30. On our side there were none killed, and only one slightly wounded. A small rifled cannon was fired from the other side of the river into the enemy's camp on this side with great success, and our sharp-shooters did the rest. A notorious Union man, named Barton, was wounded and taken prisoner. This engagement, between two parties on opposite sides of a river, lasted but a short times but was very brisk and decisive.1