Union Depot is a historic train station erected in 1905 by the El Paso Union Passenger Depot Company, which was established in 1903. The depot was the first train station in the country built specifically for international travel and trade. Architect Daniel Burnham, who designed Union Station in Washington D.C., designed the depot in the Neo-Classical style. The red-brick building features a six-story bell tower with arched openings and a large waiting room. More than its architecture, the depot symbolizes how crucial railroads were for El Paso during the late 19th and early 20th centuries. It was added to the National Register of Historic Places April 3, 1975.

Union Station was built in 1905 and contributed to the city's growth in the early 20th century. 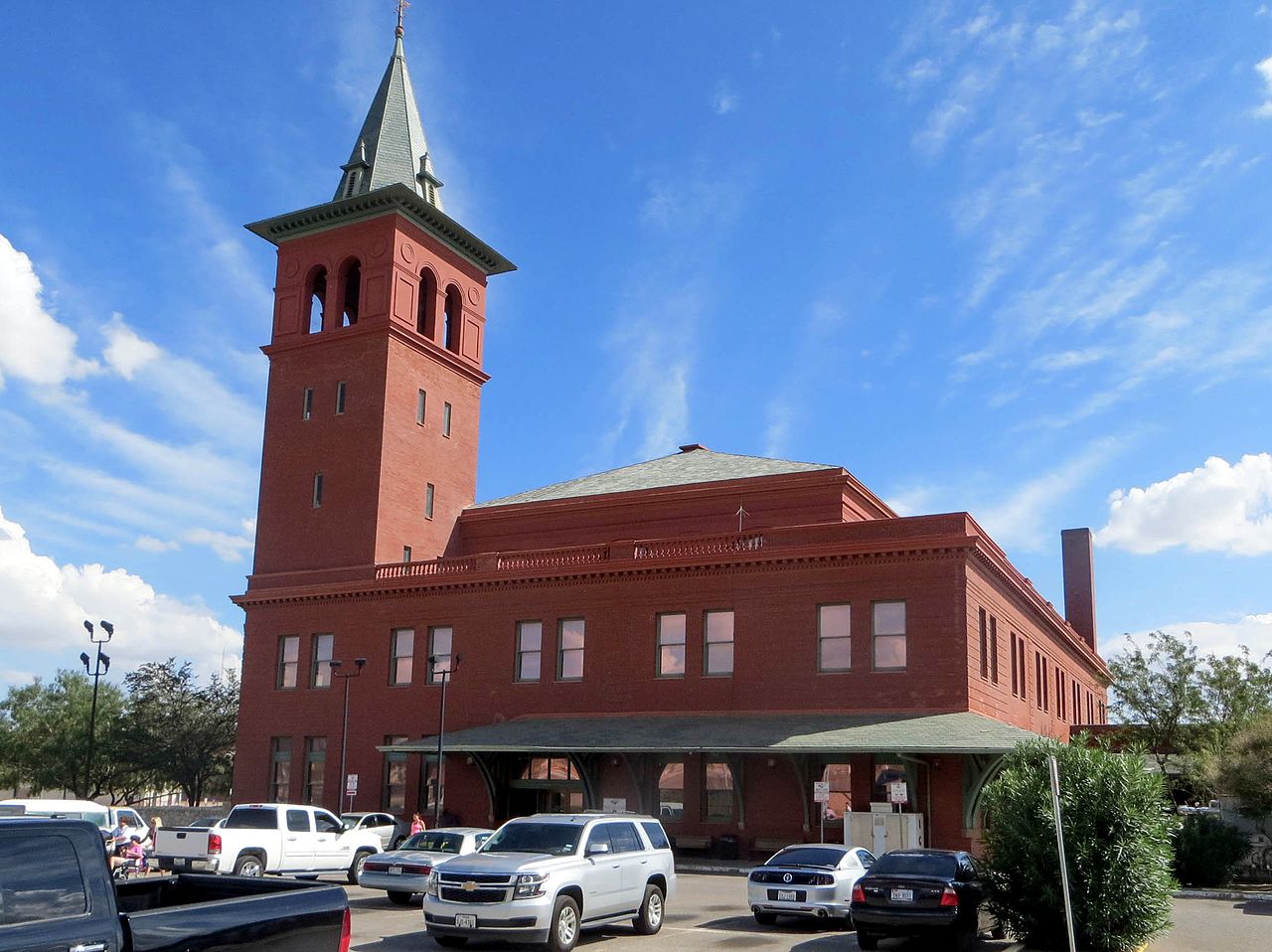 Before the depot was built, several railroads operated in El Paso. The Southern Pacific arrived in 1881 and others soon followed. The railroads transformed El Paso from a small town to a thriving economic center. The population was approximately 700-1,000 in 1880 then grew to over 10,000 in 1890. Each railroad had its own station, which made it somewhat difficult for passengers to switch trains. Local businesses preferred this situation because, they believed, it allowed passengers to go shopping. By the late 1890s, it was clear that one central station was needed. The Union Depot Company was established in 1901 and submitted a formal proposal to the city to build the depot. Construction began in 1903 and was finished in 1905.

The depot, which had a restaurant on the second floor, remained busy for several decades through the early 1940s. It also attracted other businesses to El Paso including hotels, restaurants, warehouses, and rooming houses. The depot also facilitated trade between the U.S. and Mexico. Many prominent figures of the day used the depot including Elvis Presley, presidents, celebrities, and artists.

As people started to use cars and airplanes to travel, passenger traffic at the depot started to decline after World War II (this was a common trend throughout the country). The Union Depot Company finally ended operations in 1974. By this time, however, Amtrak had started using the station under lease and continued to do so with the new local transit authority, Sun Metro. The depot was renovated in the early part of the 1980s. Today, Amtrak still used the depot; from here, passengers can go to Los Angeles, San Antonio, or New Orleans.

This short walk through downtown El Paso includes a baker's dozen of landmarks, museums, and other historical landmarks beginning at Union Depot which was constructed in 1905. The tour winds its way east to landmark downtown buildings such as Hotel Paso Del Norte and Plaza Theatre and includes the El Paso Museum of Art and the El Paso Museum of History. This tour includes only a handful of the landmarks, markers, and museums in El Paso on Clio. Be sure to also consider visiting several of the historic missions, cultural centers, and museums beyond the center of downtown covered by this short walking tour.