Built in 1884, the Gothic and Richardsonian Romanesque building stood as the home to the post office and courts until the 1960s. The state purchased the building in the 1970s and converted it to the legislative office building. The granite structure serves as a reminder to the once thriving quarrying industry that once employed more than 1,000 people and produced materials used in prominent building in Concord and across the nation. 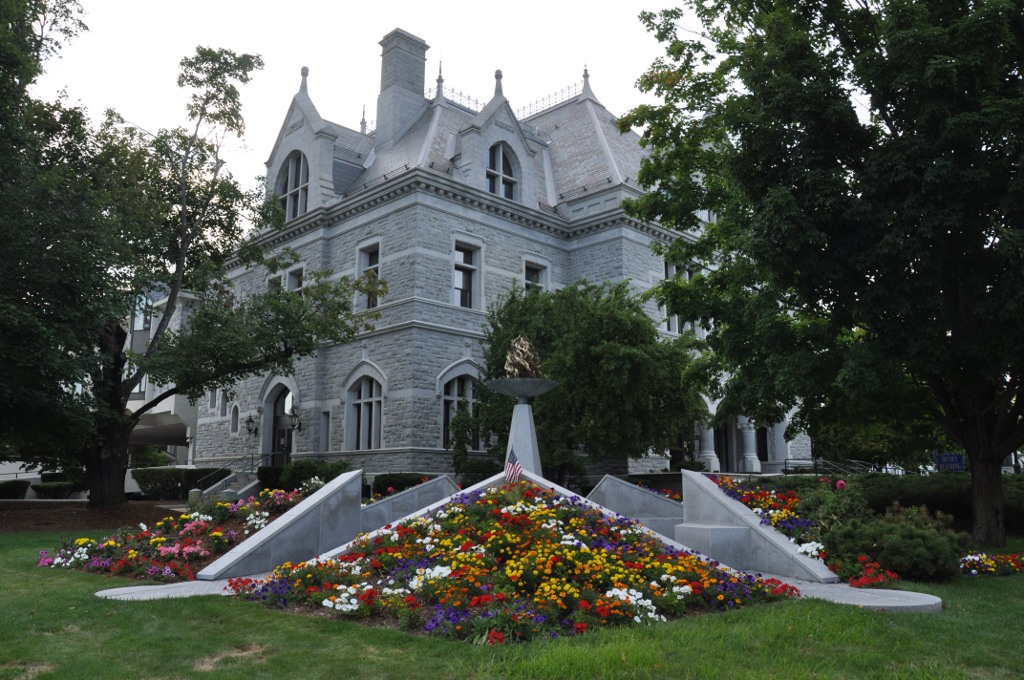 The Old Post Office, which opened for business in 1884, stands as a monument to Concord's thriving granite industry. The predominant use of local granite in the district's buildings underscores New Hampshire's nickname "The Granite State." At its apex during the middle to the late nineteenth century, the city's granite industry employed more than one thousand men, furnishing buildings in the city as well as prominent buildings such as the Library of Congress, the Boston City Hall, and the U.S. Customs House in New Orleans.

Enjoying a Gothic and Renaissance motif with Romanesque-Revival detailing, the ashlar-Concord granite structure stands three stories comprised of a basement and two upper floors. From 1884 to 1967, the building functioned as the town's post office, pension office, and courthouse. With the building largely left vacant, it faced the threat of demolition. But, the state purchased the building in 1974 and subsequently remodeled it to house its state legislative offices; it continues to be known as the New Hampshire Legislative Office Building.

Rexford, John. "Nomination Form: Old Post Office." National Register of Historic Places. nps.gov. August 13, 1973. https://npgallery.nps.gov/NRHP/GetAsset/NRHP/73000269_text. The nomination form was published prior to the state purchasing the building and converting it into legislative offices.