This was the Johnson and Law building opened on Lincoln Road in 1920. Later, the general store operated on the commissary plan and featured groceries, clothing, fresh and cured meats, and general merchandise. Later, Nicely's Grocer was located here. In the 1940s, youths skated to jukebox music uptairs on the top floor. 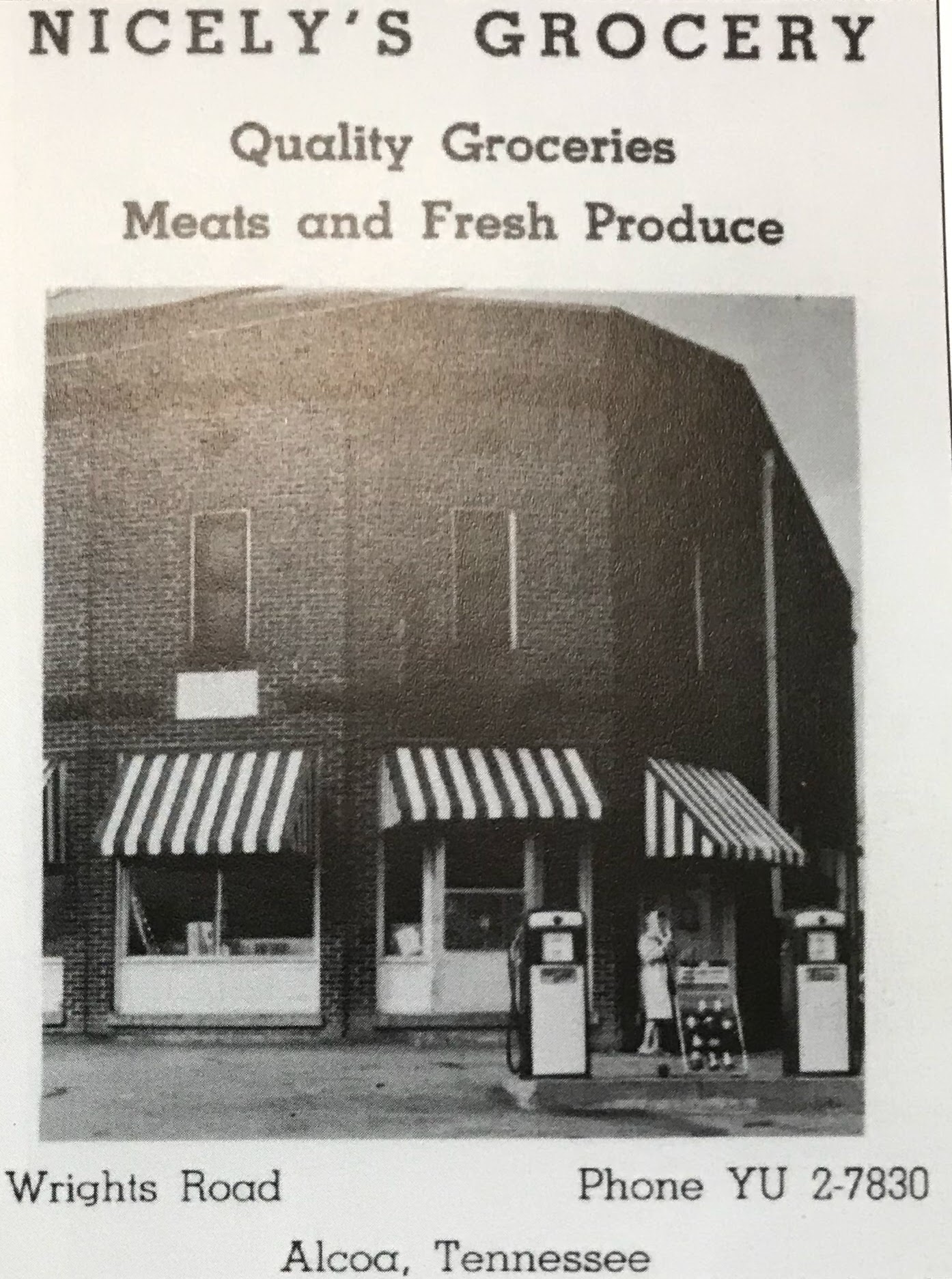 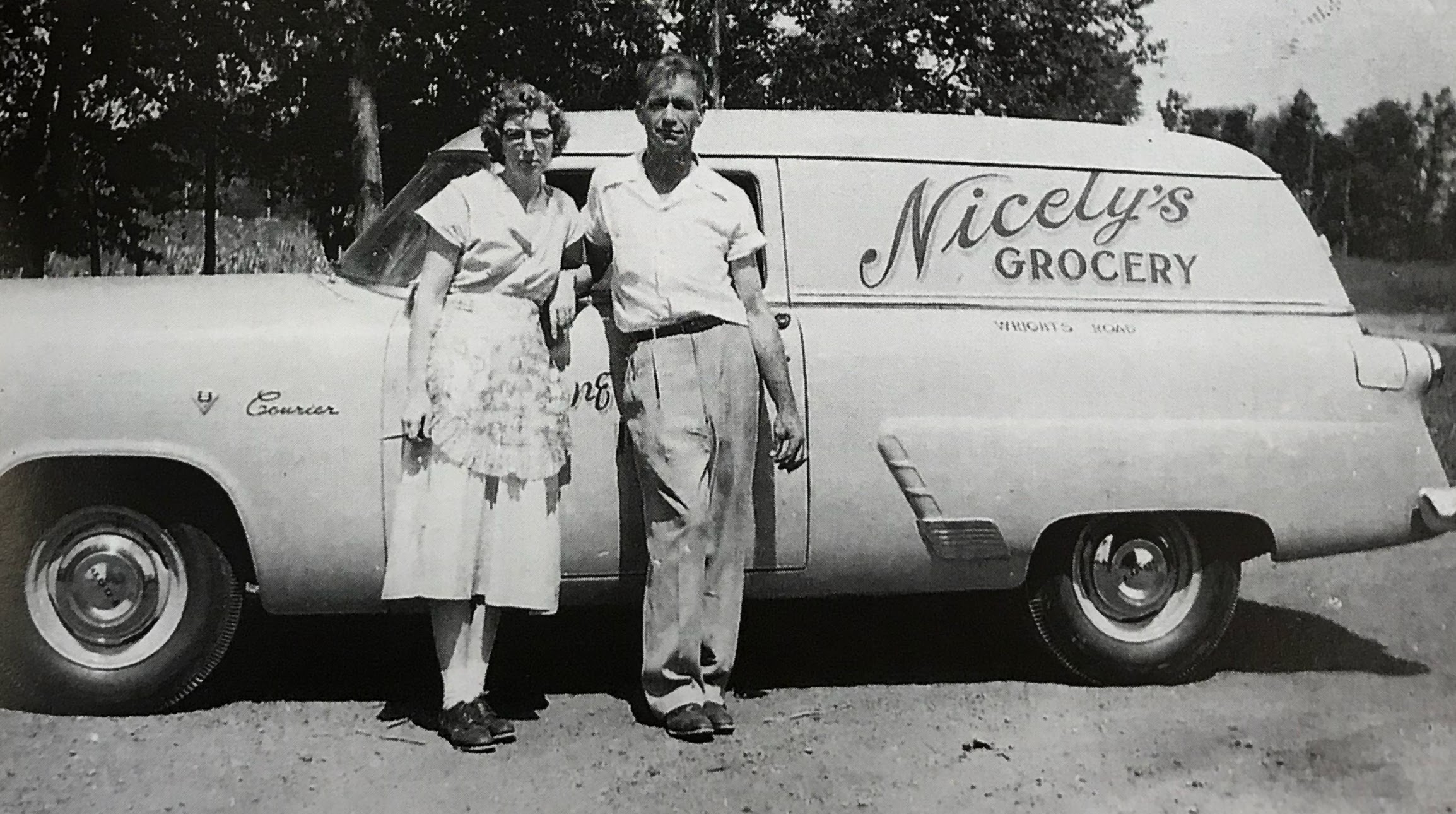 Orginal building for Nicely's, eventually a beauty salon. All that remains are the stairs 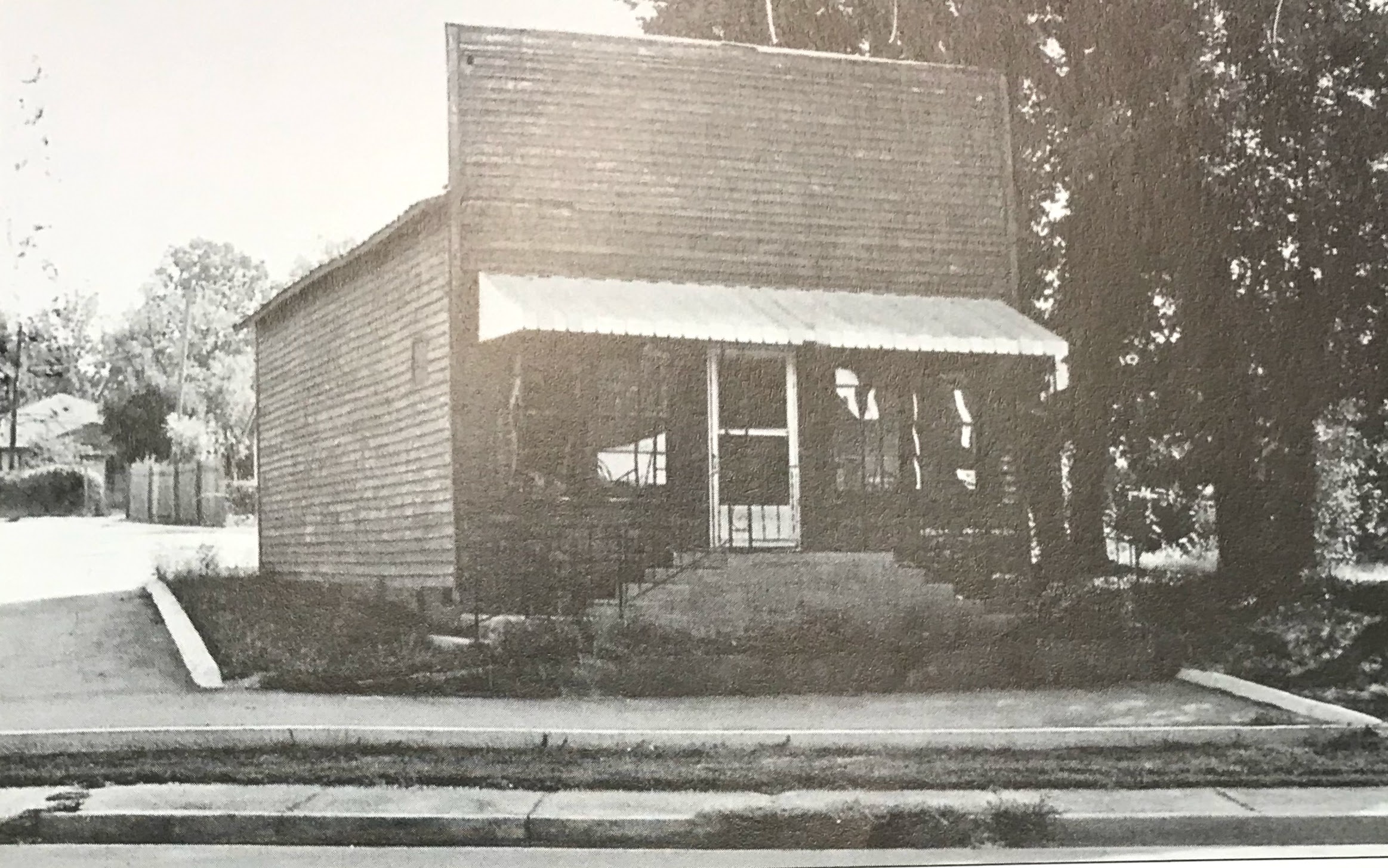 Inside of original Nicely's store. Left to right are Thad Cromptom, clerk and delivery man; A. C. Nicely, owner; and Eugene Wells, a customer 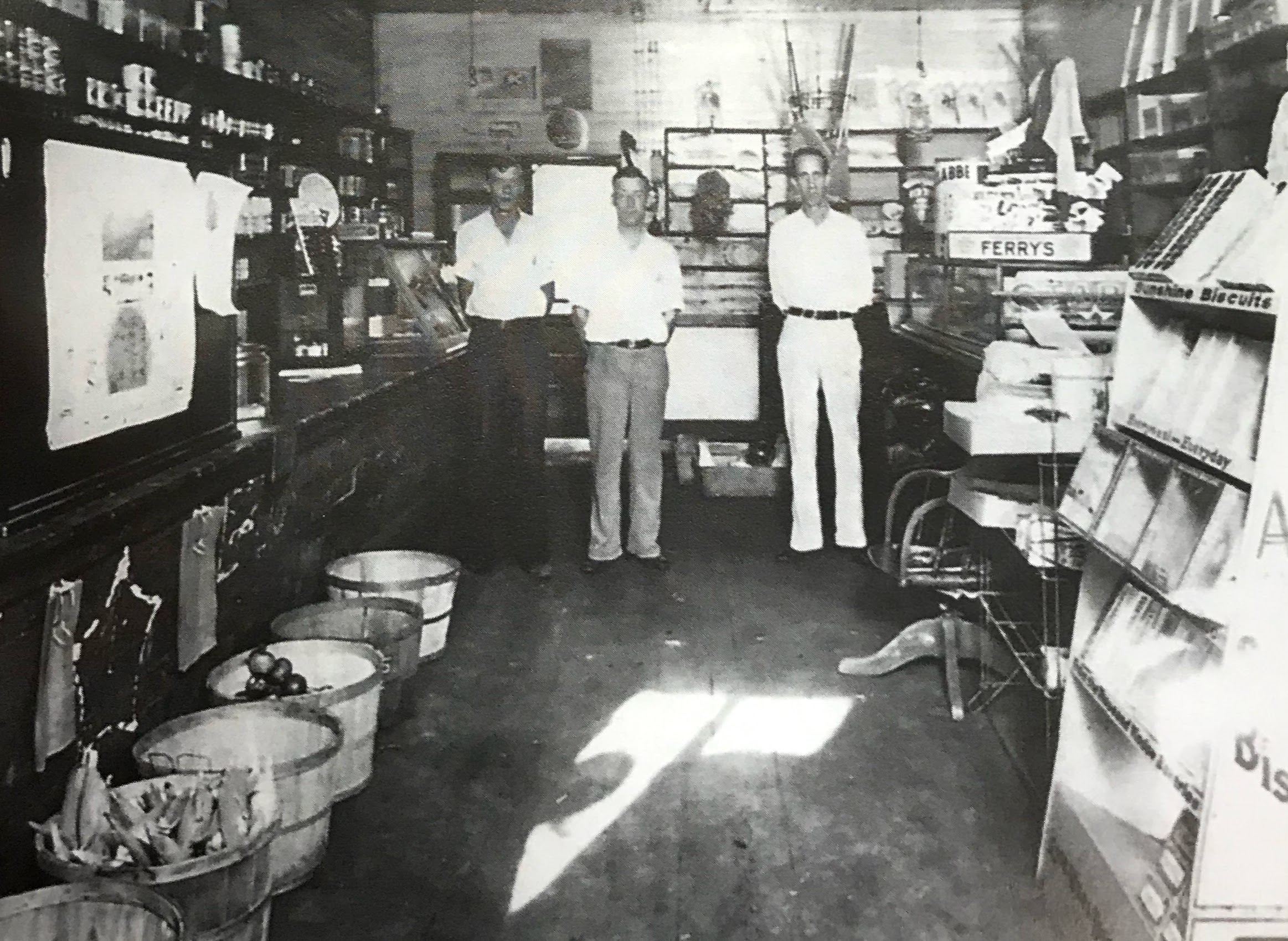 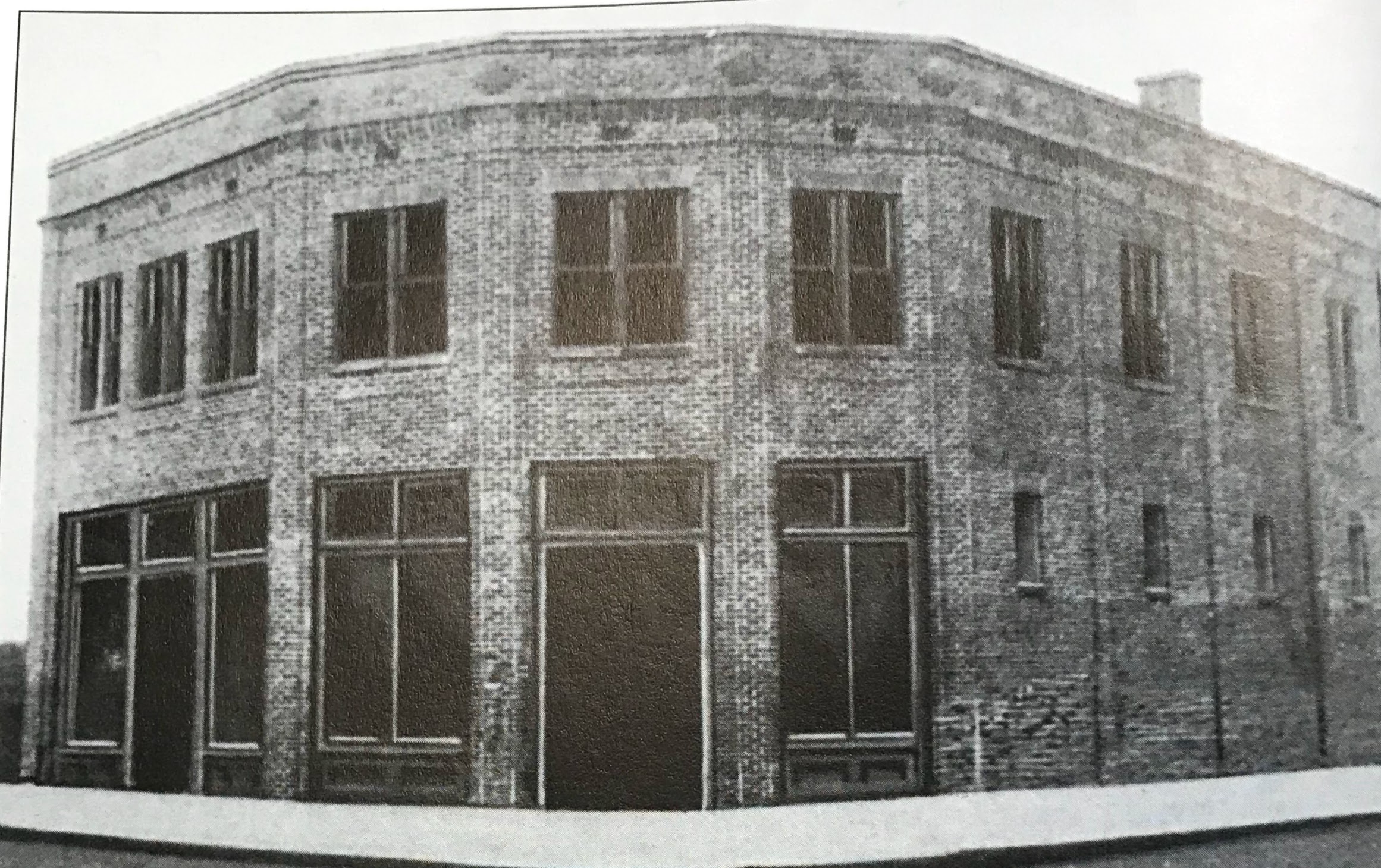 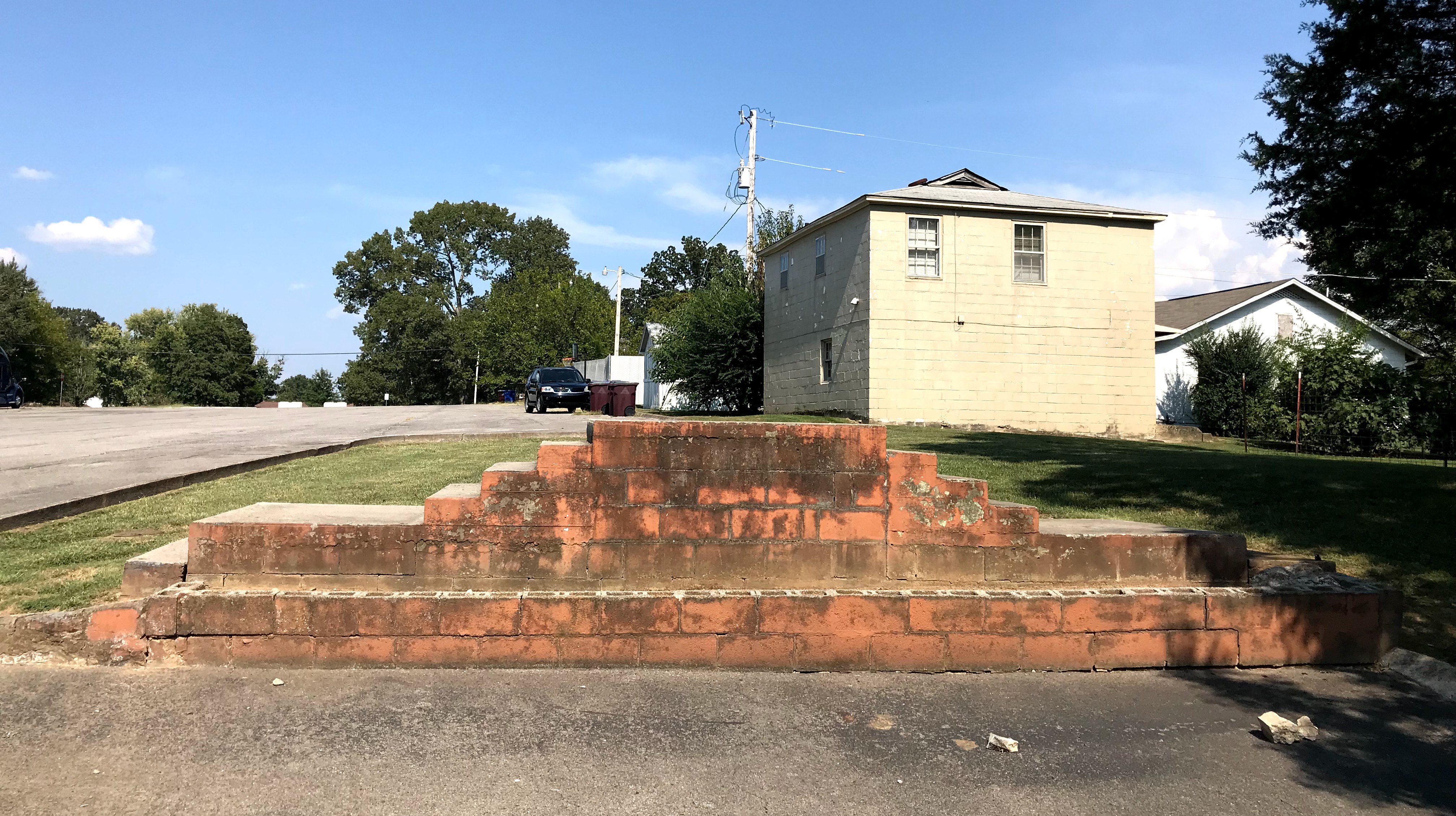 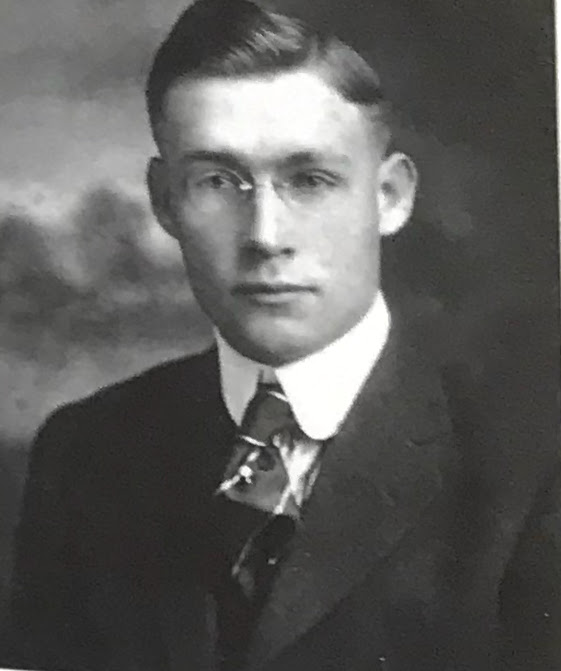 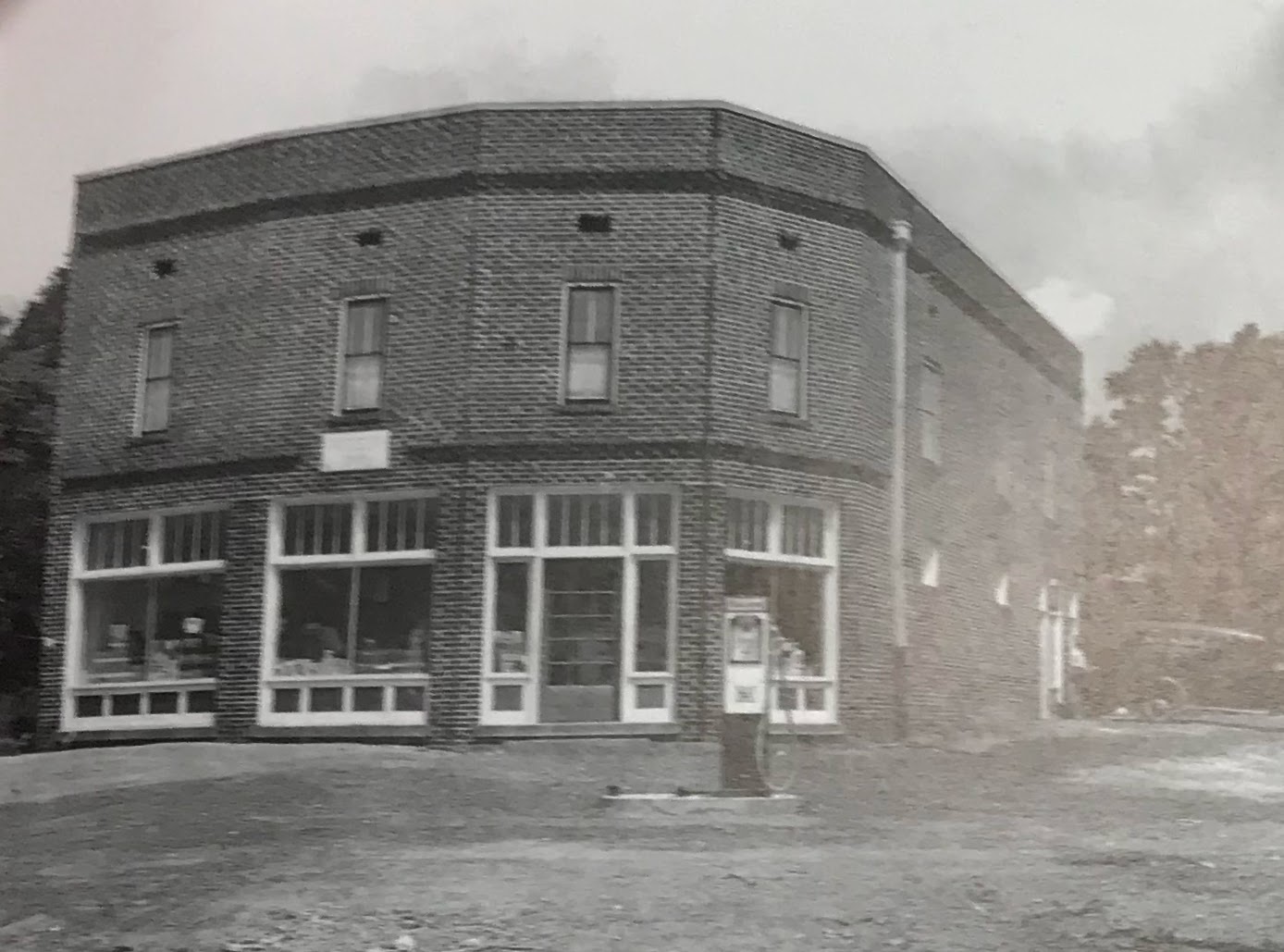 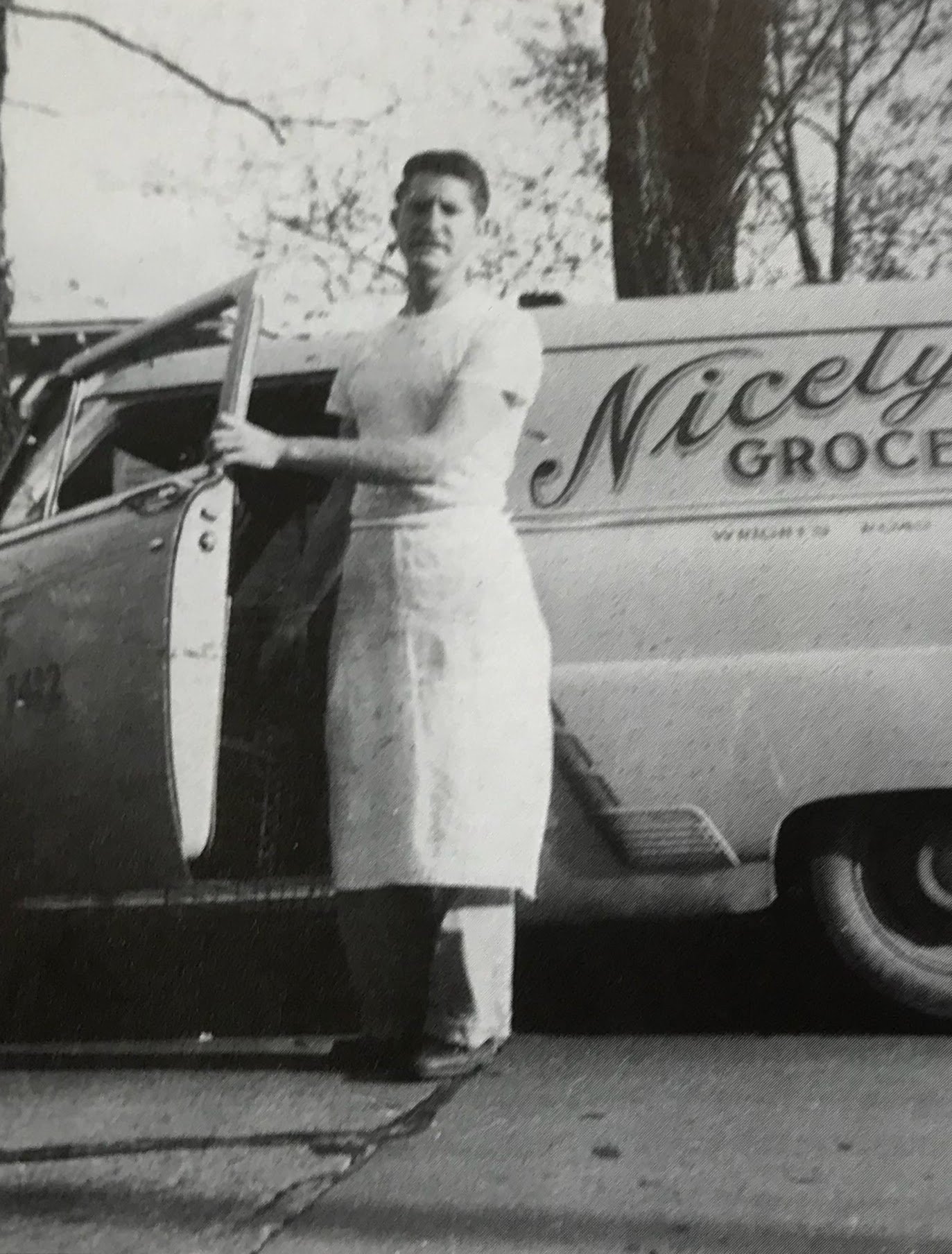 Commercial development in Alcoa continued to come slowly until about 1960. Retail business limited itself primarily to small grocery stores and other establishments along Lincoln and Rankin Roads; the businesses located in the Commercial Building and those on, or close to, Aluminum Avenue; and businesses along Wright Road in the Springbrook community. One of those businesses located its premises in the heart of the Springbrook community: Nicely's Grocery Store. In 1935 Babcock Lumber & Land Company decided to sell approximately 25 acres bounded by Vose Road, what was then Pike Street, old LaSalle Street, and oldLangley Street, a portion of the tract lying north of Vose Road. A part of this property later became home to the Alcoa Little League fields. After the city acquired the property from Babcock in 1939, A. C. Nicely paid $1,000.00 to purchase Lot 116, Block 812 at the corner of Vose and Wright Roads, where he built a brick grocery store to replace his former store located a short distance away on Wright Road. The upstairs of the new building became home to the Masonic lodge, which had previously been meeting upstairs in the Johnson and Law/J&K Store building on Lincoln Road, after the lodge had initially met in a Babcock office building