Designed by San Francisco-based architect J. Lloyd Conrich, the Cascade Theatre is the best example of Art Deco architecture in Redding. The historic theater was built in 1935 and remains an important landmark for the city. The front facade of the building features a large marquee and vertical neon sign, as well as a relief frieze across the top that depicts figures working in various California industries. Cascade Theatre was added to the National Register of Historic Places in 2002.

The entrance to Cascade Theatre 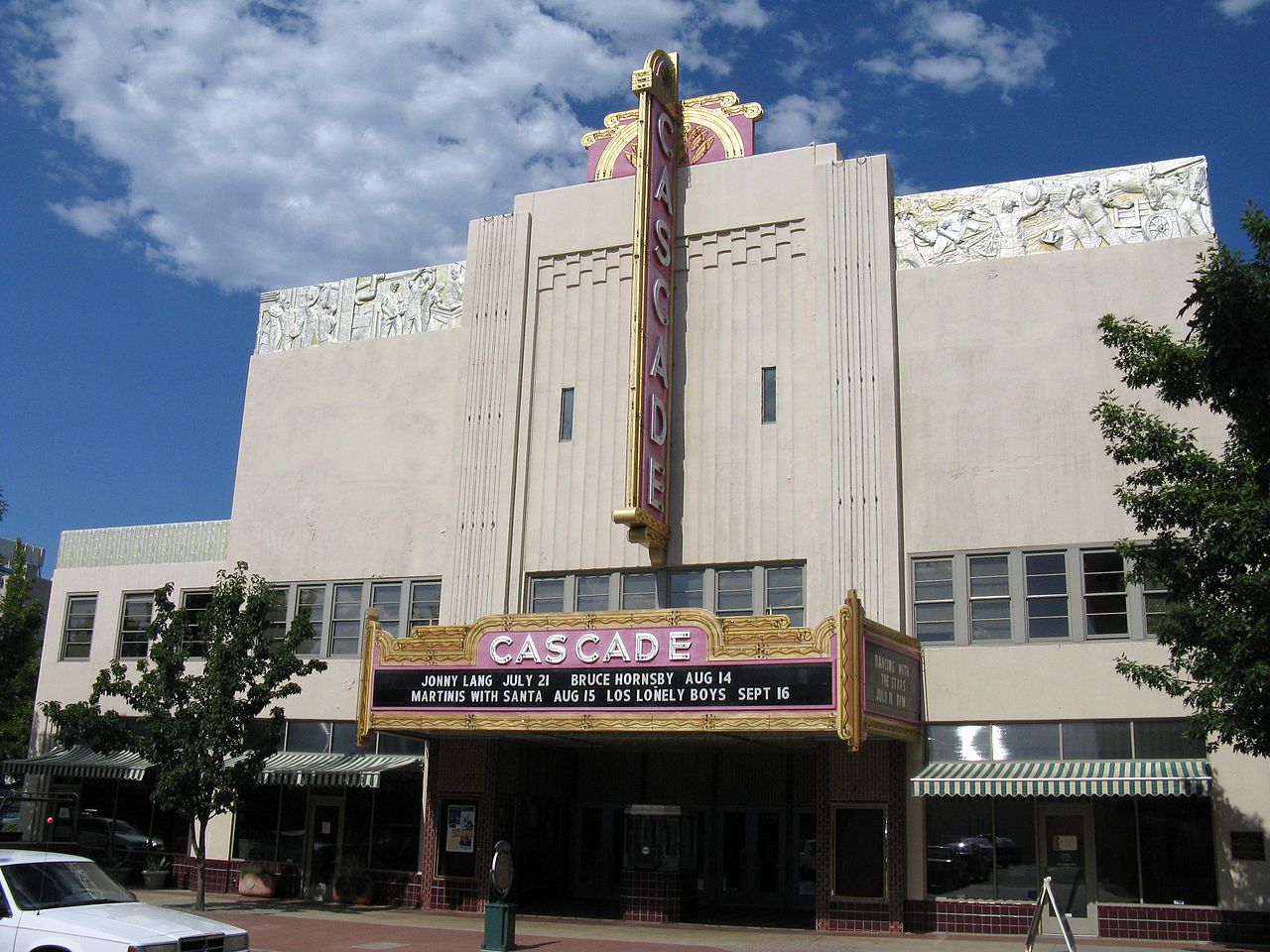 Cascade Theatre was built by Lebanese immigrant Michael Naify (1886-1975) and his brother, James (it is unclear when he was born and died). They immigrated to the United States from Lebanon in the early 1900s and started a linen importing business in Atlantic City, New Jersey. During the Panama-Pacific International Exposition (world's fair) in San Francisco in 1915, Michael and James set up a booth for business, which happened to be located across the from a nickelodeon (the first kind of indoor movie theaters that cost a nickel to enter). After seeing how many people were going into the nickelodeon, the brothers decided to switch businesses. Within a few years, they owned and operated a small chain of theaters and eventually bought a company called T. & D. Jr., Enterprises. They retained the name and grew it to one of the largest theater companies on the Pacific Coast.

This walking tour inlcudes a baker's dozen of landmarks, including the Cascade Theatre, Lorenz Hotel Building, Bank of Shasta, Edward Frisbie House, and AME Zion Church. The tour includes a stop at the Shasta Historical Society for those who want to explore the history of Redding even further.