United Daughters of the Confederacy Memorial

The United Daughters of the Confederacy Memorial in Asheboro is located in front of the Historic Randolph County Courthouse on Worth Street. This monument was erected in the year 1911 in honor of the Confederate veterans from Asheboro. The United Daughters of the Confederacy was established for women to help honor those Confederate veterans and establish monuments in their honor, despite much of the controversy that has and does surround them. The monument still stands today, however, despite being almost destroyed in 1989 from the Hurricane Hugo. 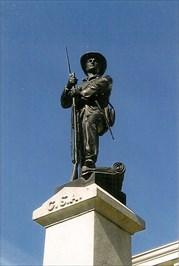 UDC Monument in front of the Historic Courthouse

Base of the UDC Monument 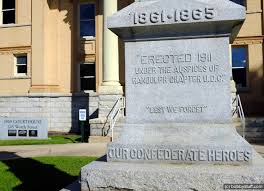 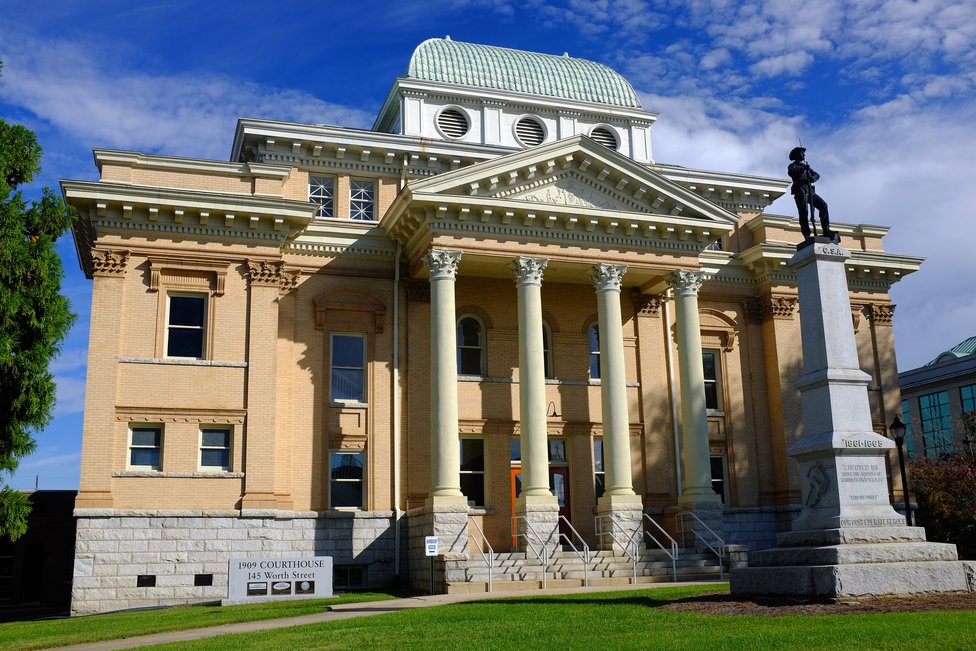 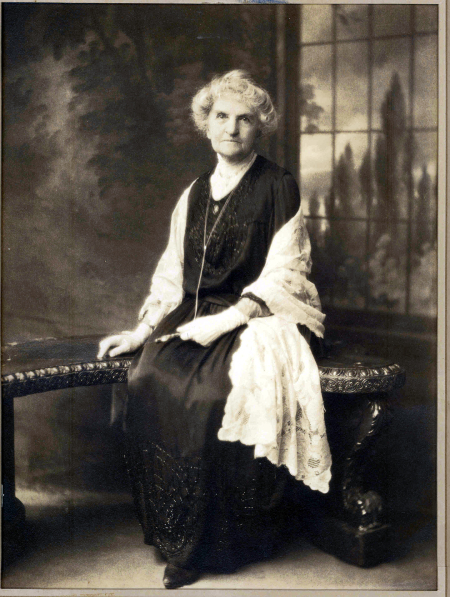 The Confederate Memorial was unveiled on September 2, 1911, in front of the 1909 Courthouse, which is now the Historic County Courthouse on Worth Street. This monument was erected in remembrance of Confederate veterans of Asheboro and surrounding areas, and was first suggested by Mrs. E. E. Moffitt, the daughter of the North Carolina governor Jonathon Worth. In 1906 she helped to organize the Randolph County chapter of the United Daughters of the Confederacy, with their main goal being the establishing of the Asheboro Confederate Monument.

The national United Daughters of the Confederacy was established and formed on September 10, 1894 in Nashville, Tennessee. An outgrowth of Ladies’ Memorial Associations, it was formed as a “federation of all Southern Women’s Auxiliary, Memorial, and Soldiers’ Aid Services.” This organization quickly became popular, and became organized at the local, state, and national levels. The main purpose of the UDC was to furnish “authentic information from which a conscientious historian will be enabled to write a correct and impartial history of the Confederate side during the struggle for Southern independence.”

This version of history, however, is shown through the Lost Cause view, in which the main purpose is to vindicate the white southern honor from the war. Emphasizing state’s rights over slavery as the cause of the war is one main proponent of the Lost Cause view, and also that of the United Daughters of the Confederacy. In a catechism that was used to teach children about the Lost Cause context of the Civil War published from Texas, one question asked was “Did the people of the South believe that slavery was right?”, to which the required answer was “No, not as a principle…but after the Constitution of the United States had recognized the slaves as property, and the wealth of the South was largely invested in negroes, they did not feel it was just to submit to wholesale robbery.” They also continued by saying the slaves had always been treated kindly, that a cruel master was the rarity. One question also implies for the student reciting to refuse Confederate defeat, instead by deflecting by saying that the South “was overpowered by numbers, and its resources exhausted.”

This organization has encountered much controversy in its history, notably gaining attention for its racist and white supremacist ideals that it promotes. One example of this is the UDC’s historian-general from the years 1911-1916, Mildred Lewis Rutherford. Advocating the old racial hierarchies, she degraded African slaves in America by labeling them as “ignorant and brutal”, and by elevating the status of slave owners, as well as Ku Klux Klan members, where she often included literature from. In 2017, the president-general Patricia Bryson released a statement denouncing “any individual or group that promotes racial divisiveness or white supremacy,” however it is their erected Confederate monuments that are the gathering places of these Confederate extremist groups, like the white supremacists.

The Confederate Monument standing in front of the Randolph County Courthouse is a bronze Confederate soldier stepping forward with his weight resting on his musket as he stares into the distance. He stands on top of a pedestal with a granite base. The pedestal is 25’10”, and the base is 9’6”. The monument was from Winston-Salem, through the Blue Pearl Granite Company, and the base was a Mt. Airy granite. The 6’ tall statue was bought from W.H. Mullins Company of Salem, Ohio, who sold both Confederate and Union soldier statues. It was unveiled on September 2, 1911, featuring the North Carolina Chief Justice Walter M. Clark, a Confederate veteran and author, as the keynote speaker of the ceremony. There was music as well as a dinner hosted by the UDC at the nearby Presbyterian Church.

The statue survives today still, after almost being destroyed in the Hurricane Hugo in 1989, when the remnants of the storm hit and almost toppled the statue over from its pedestal. The iron armature inside had corroded, leaving the statue light enough to flip over. It was restored by Van der Staak, who had to reconstruct the shoe, rifle butt, and arm of the statue, which totaled to $4,800, paid half by Cablevision of Asheboro, and half by the county. Ever since, he has been nicknamed “Hugo” in honor of his near-death experience, and still watches from his home at the Historic Courthouse today.