In 1926, Fred and Clayton Whittaker built the taller north section of the building, which was originally known as the C.C. Whittaker & Company General Store. This section also housed a post office until the 1980s, when it was relocated to its current location, and a doctor's office in the back of the basement. The shorter south section of the building was built in 1929 and housed a Chevrolet Dealership that was managed by Daley Stafford. In the 30s, the Whittakers sold the general store, which, after trading hands a few times, was obtained by the Pyne family, resulting in the building being renamed the Q. M. Pyne Store after the owner, Quilly M. Pyne, who died in 1950. The building remained in the Pyne family until 2000, when the building was closed, and it was auctioned off in 2004. By 2009, the current owners, Shaena and Patrick Muldoon, opened The Palisades restaurant in the north side of the building with relatively minor changes to the building, and the restaurant is still in operation today. The south side of the building has housed the Gunpowder Springs Artisan Shop since 2011. The building was added to the National Register of Historic Places on March 13th, 2009. 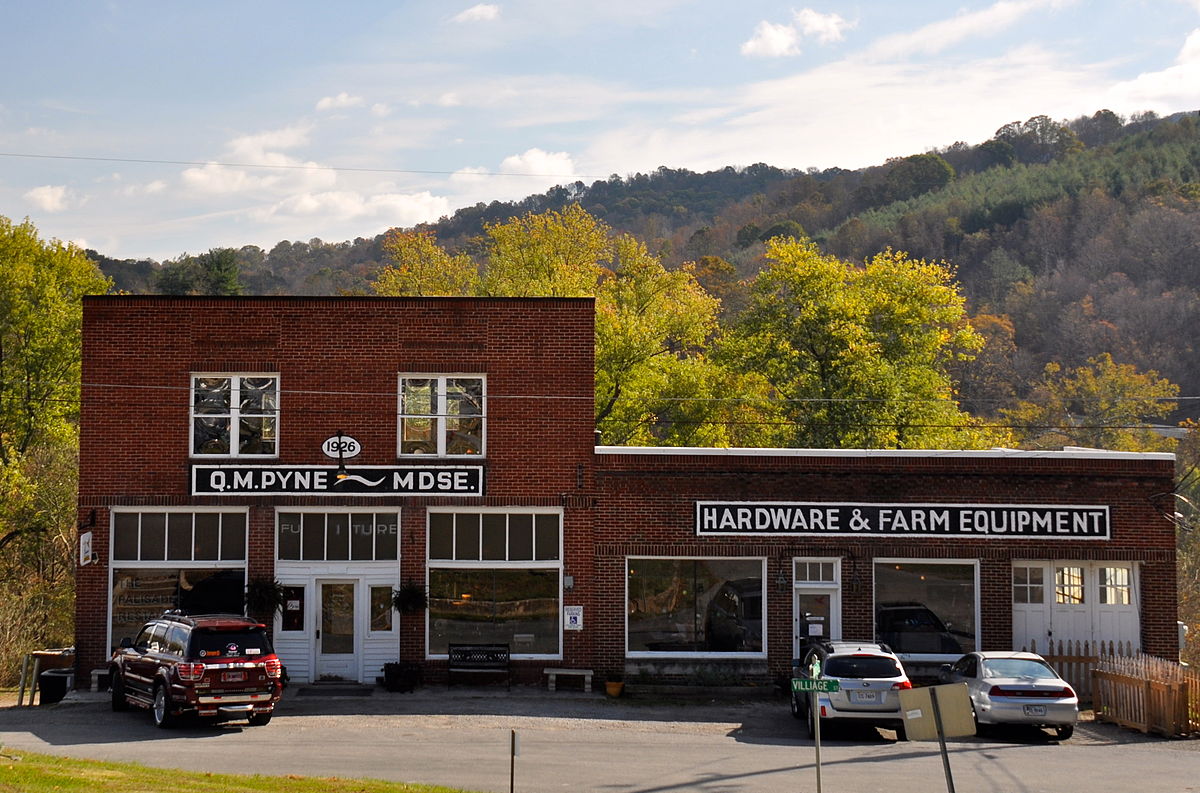 In 1926, Fred A. Whittaker and Clayton C. Whittaker obtained a loan from the Eggleston branch of the People's Bank of Giles County to start a new business. The north side of the building was constructed in this year, and the Whittaker's became the proprietors of the C. C. Whittaker & Company General Store. The store sold a wide-variety of goods, such as dry goods, clothes, meats, dishes, and animal feed, and attracted local residents and out-of-towners, who would frequently arrive to Eggleston via train, which ultimately helped Eggleston become a social hub of Giles County. The north side of the building additionally housed the Eggleston Post Office until it was relocated to its current location in 1980 and Dr. Tuck's medical practice in the back side of the basement.

By 1929, the shorter south side of the building was constructed and utilized as a Chevrolet Dealership managed by Daley Stafford. There was a showroom and repair space to work on vehicles that needed maintenance.

During the early part of the 1930s, the Whittaker family sold the building to Goodwin Graley, who quickly sold it to the Pyne family after they lost the building that housed their business in a fire. Quilly M. Pyne and his wife, Irene Pyne, named their business the Q. M. Pyne store. When Quilly Pyne died in 1950, Irene and her adopted daughter, Emma McPeak, continued to manage the store. In 1994, when Emma had a stroke, her daughter Gladys Pyne Dowdy would become the manager until her death in 2000, when the store was closed down. Gladys' children auctioned off the building in 2004.

In 2009, the current owners of the building, Shaena and Patrick Muldoon, opened The Palisades restaurant with relatively minor changes to the building, which is still in business today. The south side of the building housed the Gunpowder Springs Artisan Shop, which was opened in 2011, and this name pays homage to the town's original name, Gunpowder Springs, which was so named due to the smell of sulfur from local hot springs. On March 13th, 2009, the building was added to the National Register of Historic Places for being a well-preserved example of a Commercial Style building, with standard features such as a flat roof, a parapet, a sign tablet, and a windowed storefront, which can be seen most plainly on the taller north side of the building, and for being a historically significant place of commerce in Giles County throughout the 20th century.