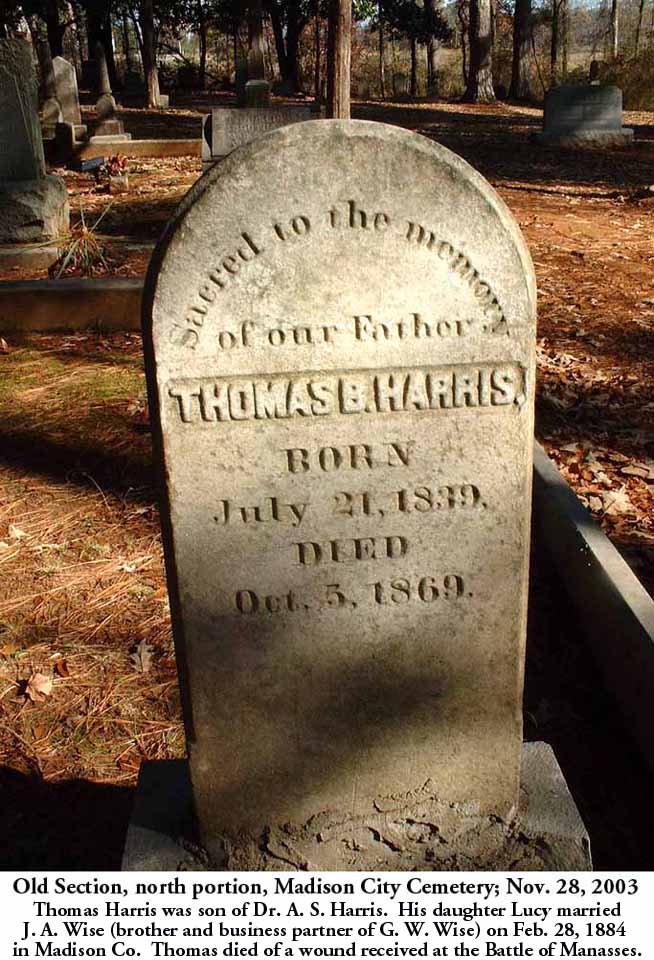 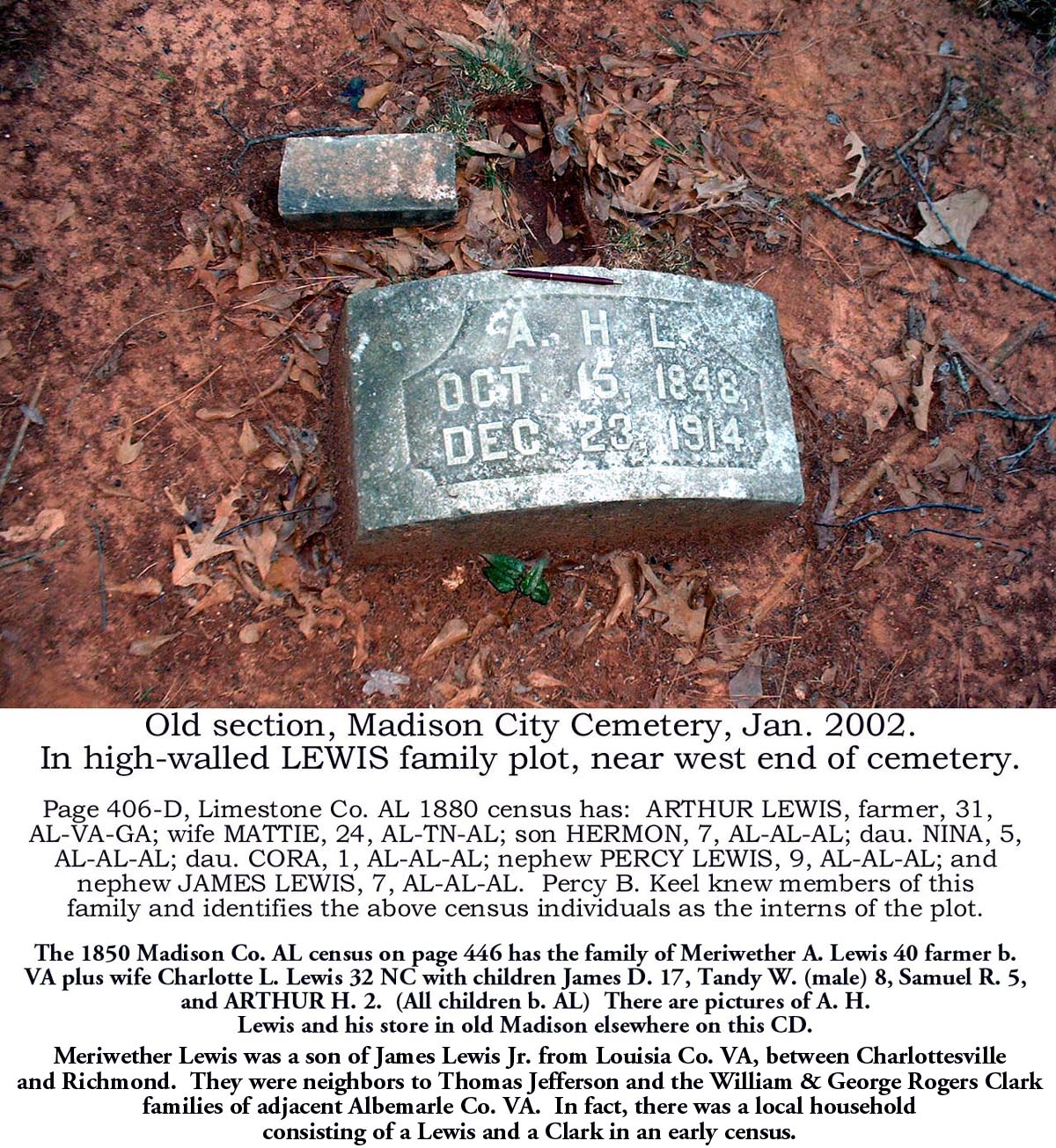 The earliest grave denoted by an inscribed tombstone in the Old Section is that of Thomas B. Harris, with the death date given as October 5, 1869. Since the town was established in 1857, it is likely that the numerous unmarked grave depressions in the cemetery were for pioneers of the town who died before 1869, but the only known fact of a burial in the cemetery prior to 1869 is for Sarah Orrick Chilton Pickett, who is known to have expired on February 19, 1865. Her tombstone, however, has no dates on it.

The “Old Section” of the Madison City Cemetery has two divisions within itself – there is a north portion (considered the “White” section) and a south portion (considered the “Black” portion). The divisions were made from the early days of the cemetery’s use, and today there is no longer a fence to divide the portions. However, there are still patterns of grave layouts in the north portion that indicate that there were small wagon roads through the cemetery, running north-south and east-west.

Additionally, there is a watershed (drainage area) running east-west through the south portion. Some of the graves of the south portion are in fact located within the lowest parts of the watershed, while others go up the slopes on both sides. There are a few remaining trees and some undergrowth at the east end of the old section of the cemetery. Once there were trees and undergrowth all the way to the Hughes Road southern extension, but late in the year 2001 much of that was bulldozed away for development of an amusement and recreation center on the site. However, it should be noted that there have been some definite graves found beneath the undergrowth at the east end of the cemetery. There are no markers, and there is no way to be certain of how many graves went how far to the east of the cleared portions of the cemetery. One thing can be certain – however many graves are in the undergrowth, they contain the remains of the older residents and pioneers of Madison.