Newberry College began its life as the Classical and Theological Institute of the South Carolina Synod in 1832. Originally established in Lexington, South Carolina the college undertook a resolution in 1854 to become a regular college. The college would move to Newberry following the successful carrying of the resolution. The college fell under the purview of Rev. Dr. Josiah P. Smeltzer, who was president from 1861 to 1868. The college closed during the last year of the Civil War as it became occupied first by Confederate troops, and then Federal troops during Reconstruction. Despite being spared from the worst of Sherman’s march, the college buildings had begun to fall into great disrepair during the late 1860s. The economic challenges of the war aided in Newberry’s deteriorating state, and thus by 1868 it had found a new home in Walhalla. However, by 1877 the college had returned to Newberry and began construction on Smeltzer Hall which would be the only college building from 1877 to 1894. 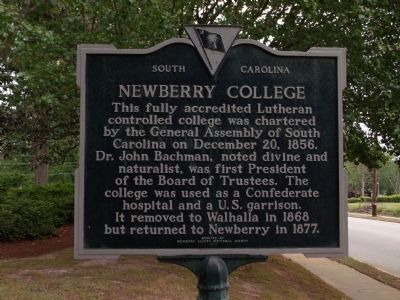 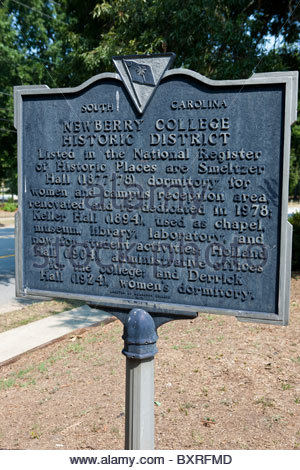 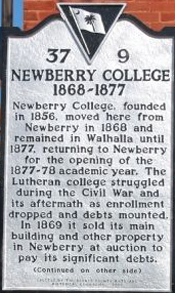 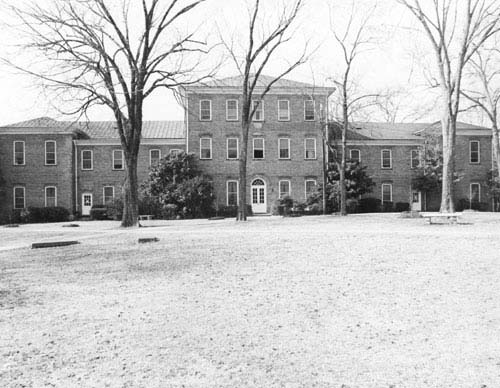 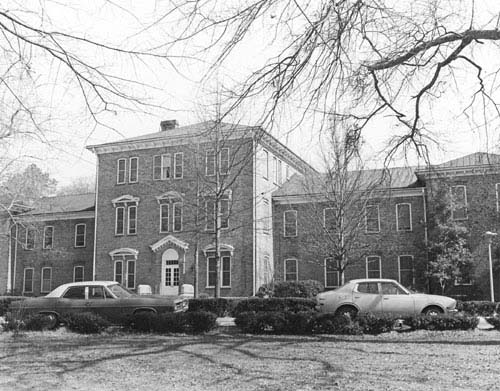 Current image of Smeltzer Hall, first building that was built upon return to Newberry 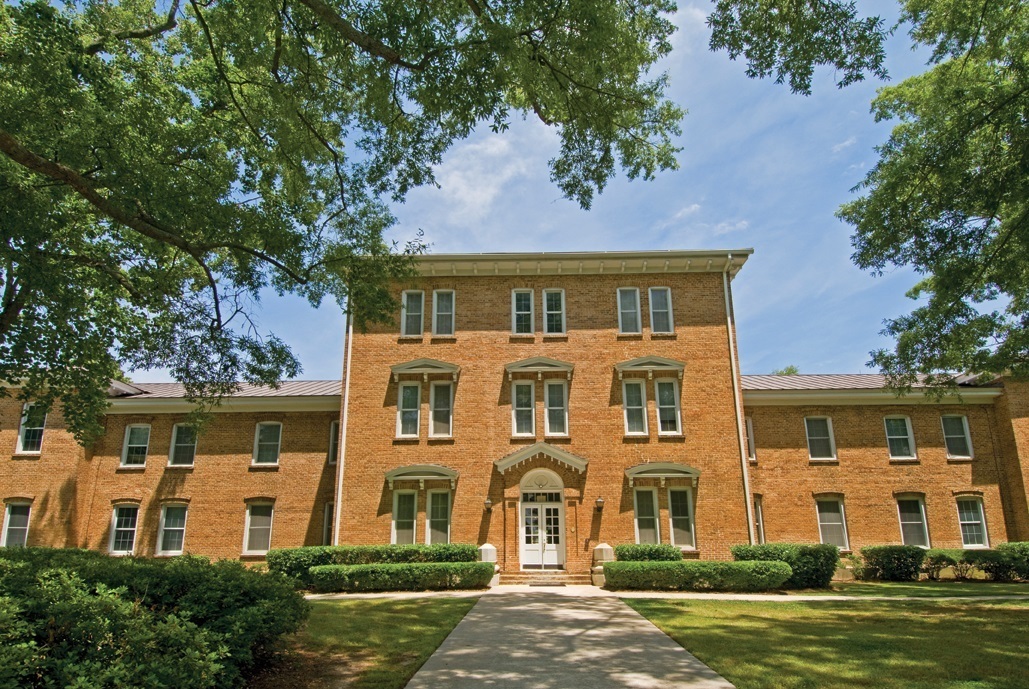 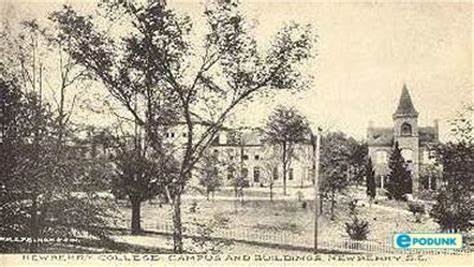 The Classical and Theological Institute of the South Carolina Synod was founded in 1832. By 1854, the Institute had become populous enough that it seemed prudent to make the move towards a regular college which gives institutes the ability to confer degrees upon its students. An 1855 vote over where to establish the college saw Newberry as the overwhelming choice of the voters, beating out Walhalla 46-9. The college, newly christened as Newberry, set its cornerstone on July 15th, 1857. By the following summer, one building had been built enough to be occupied and thus the college was open to students. However, by 1860 the country had begun to tear itself apart in war and Newberry College would suffer.

It was during the first year of the war that the college elected as president Rev. Dr. Josiah P. Smeltzer. Smeltzer’s presidency lasted from 1861 to 1868. During this time, class sizes would continually diminish as most able-bodied men would be off fighting in the Civil War. By 1863, only sixty-four students attended Newberry College. When the college was eventually suspended in May 1865, the class size had fallen to less than thirty students. The suspension of classes had been prompted by the Confederacy’s requisition of the campus to serve their Purveying Establishment in the wake of Sherman’s march towards Columbia. Later in the same year, the Confederate Purveying Establishment would leave Newberry, due again to Sherman’s marches.

Smeltzer worked hard in the early years of the war to secure funding for Newberry College, which had been “gradually dying” and had become “impossible to continue as an institution”. Once funding was secured, Smeltzer attempted to ensure the livelihood of the campus by stockpiling cotton in a vacant college building. This proposition was soundly rejected, and the money was instead sunk into Confederate Bonds to display loyalty to the Southern cause. As the war drug on, money became harder to come by and the college fell into an increasingly degraded state. Newberry College also may have served as the site of a Confederate hospital system enacted by the women of the Confederacy However, this information was impossible to trace back to any specific point despite being on the front page of the Newberry County Historical and Architectural Survey website.

When the war ended in 1865, Federal troops moved into Newberry and occupied the campus. By this point, classes had been suspended and Smeltzer was left out of a job. He stayed on at Newberry, where he became a baker for the Federal troops. These "wicked set of men of loose morals" would "walk with the 'Negroes' and kiss them publicly". In Smeltzer’s own words, they "gravely injured the college". In the two-month occupation of Newberry campus, the Federal troops inflicted great damage onto a building already in dire straits. Anything flammable was consumed to heat the soldiers or sold to freedmen. The library had been broken into and ransacked. Fencing, chairs, blinds, doors, benches, and desks were all listed as items either destroyed, sold, or burned during the occupation. By autumn 1865, the building was ‘almost a ruin’. The building was in decay, judgments and lawsuits had been levied against the college, and the college had no money to improve the buildings or pay its bills. The college attempted to petition the federal government for compensation of damages, to no avail.

Thus, in 1868 the college was removed from Newberry to Walhalla. The college would eventually return to Newberry in 1877 due to a joint and several bond of responsible citizens which totaled fifteen thousand dollars. It was also in the same year that the college returned to Newberry that Smeltzer officially retired. The first new building erected after the move was dubbed Smeltzer Hall. From 1877 to 1895 it was the only building on campus, and thus housed every function of the institution from classrooms to chapel. Keller Hall would eventually be completed in 1895. Newberry College exists to this day and is now ranked number twelve in the list of top regional schools to attend in the South. They also celebrated their 150th anniversary of educational leadership and service to the Newberry, South Carolina community in 2006.