At the center of the campus of the Virginia Military Institute is a monument to the famous Confederate General and former VMI professor Thomas J. "Stonewall" Jackson. Donated in 1912, the statue stands at the easternmost side of the main parade field and acts as a focal point of the historic campus. The statue is directly in front of the cadet barracks and is positioned symbolically, as if "surveying the field before the Battle of Chancellorsville, VA where Stonewall Jackson received his mortal wound." Like many other institutions with Confederate monuments, VMI has received social and political pressure in recent years to remove the statue. However, the university has repeatedly committed to preserving the statue in its current location. 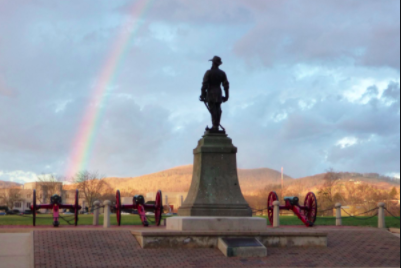 The Statue with the Cadet Barracks in the background 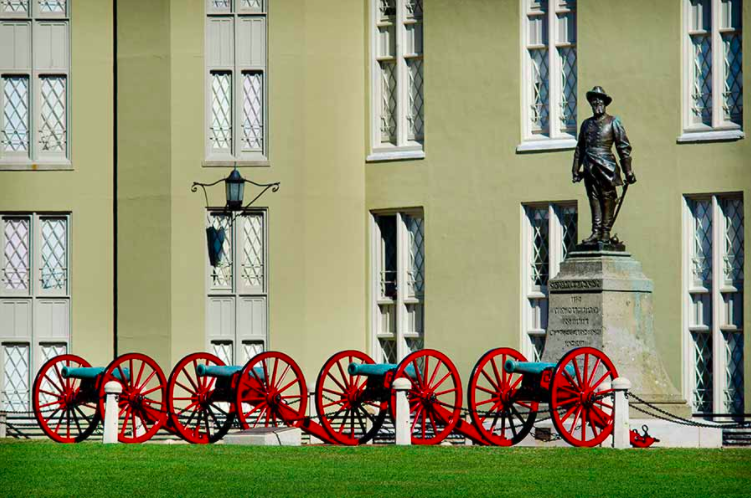 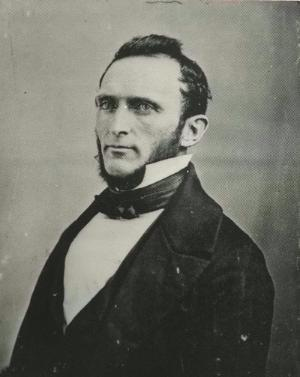 The house Jackson owned while teaching at VMI 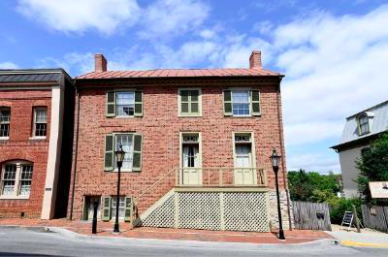 The Stonewall Jackson statue circa 1915 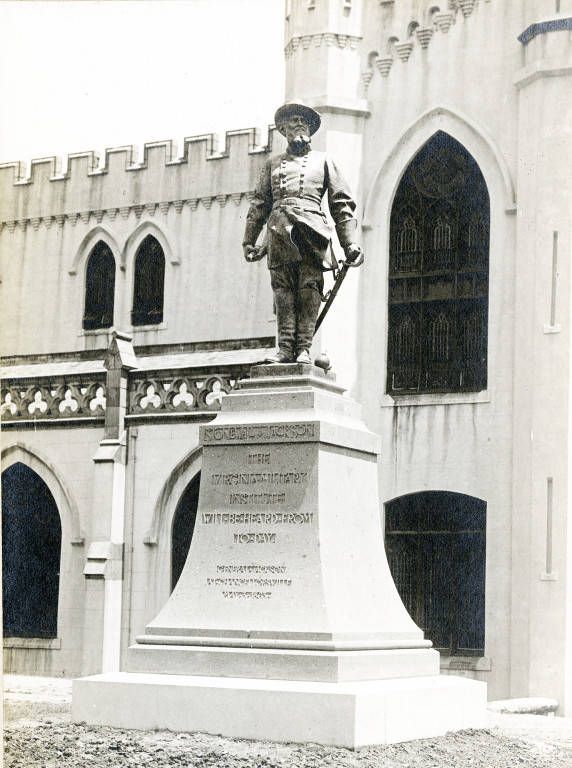 On November 11th, 1839, twenty-three young Virginians were mustered into the service of the state as the first cadet corps of the Virginia Military Institute. Just over a decade later, in 1851, Thomas J. Jackson joined the faculty and served until the start of the Civil War. During the war, he was promoted to the rank of general in the Confederate Army and earned the nickname “Stonewall." As for VMI, the Cadet Corps trained recruits for the Confederate Army early in the Civil War. This continued until the institution was destroyed by Union forces on June 12th, 1864. Through the dedicated persistence of VMI faculty and leadership, the school was reopened on October 17th, 1865.

The Stonewall Jackson statue was donated by Moses Jacob Ezekiel, a student of VMI and personal pupil of Stonewall Jackson. At a young age, Ezekiel was taken in by his grandparents because his parents were so poor. Once he was old enough, he found his way to VMI, where he could receive a free education in exchange for military service. It was at this time that Ezekiel worked under the direct instruction of Jackson. The Civil War interrupted their time at VMI, as they both went off to serve in the Confederate Army; Ezekiel ultimately served under Jackson’s command. Ezekiel experienced the famous "Stonewall" Jakcson's leadership firsthand and went so far as to cite him as a personal hero. While Jackson was killed in battle, Ezekiel returned to VMI to finish his degree prior to going to Rome, where he became a very accomplished artist. He completed a statue of Jackson to be placed on the grounds of the West Virginia capitol in 1910 and made a copy for VMI in 1912.

The statue, like other Confederate monuments throughout the South, has attracted controversy in recent years. In September 2017, Virginia's top Democrats, including then-Governor Terry McAuliffe, called for moving Confederate statues to museums, arguing that they had grown too divisive as symbols meant to venerate the Lost Cause. The Stonewall Jackson monument has been specifically referenced due to its place on the university campus and the potential messages that might negatively influence the culture and values of the institution. In response to this pressure, many defended the Stonewall Jackson monument, arguing that its focus is the role Jackson played in the early years of VMI and as a leader in battle, rather than the ideals of the Confederate Army. VMI sided with statue's defenders, releasing a statement that read in part, "...like the United States itself, who we were in the past only defines in part who we are today. Hate, bigotry and discrimination are wrong, do not represent the values of the Virginia Military Institute, and will always be addressed decisively.” In July 2020, during the reevaluation of Confederate memorials following the George Floyd protests, VMI leadership faced increased calls to remove the Stonewall Jackson statue and other Confederate monuments on campus and to address racial inequality at the school. The Superintendent, General J. H. Binford Peay III, responded with a letter promising to de-emphasize the statue while keeping it in its current location.