This is a contributing entry for Heritage Farm Museum & Village and only appears as part of that tour.Learn More.

Audio Tour of the Country Store Museum by Major Simms

The Country Store Museum covers the history of general stores in Appalachia. General stores functioned much like today’s convenience stores. They were oftentimes the only business in town, and because of that they had to be able to provide locals with all the products they needed. They sold food, tools, clothing, tobacco, ammunition, and any other important items. General stores were common from the 1700s to as late as the mid-1900s. The Country Store Museum is a recreation of an early 1900s store, with some artifacts and exhibits representing businesses from other time periods as well.

General stores were common in smaller and rural communities; many people relied on them for all of their supplies. 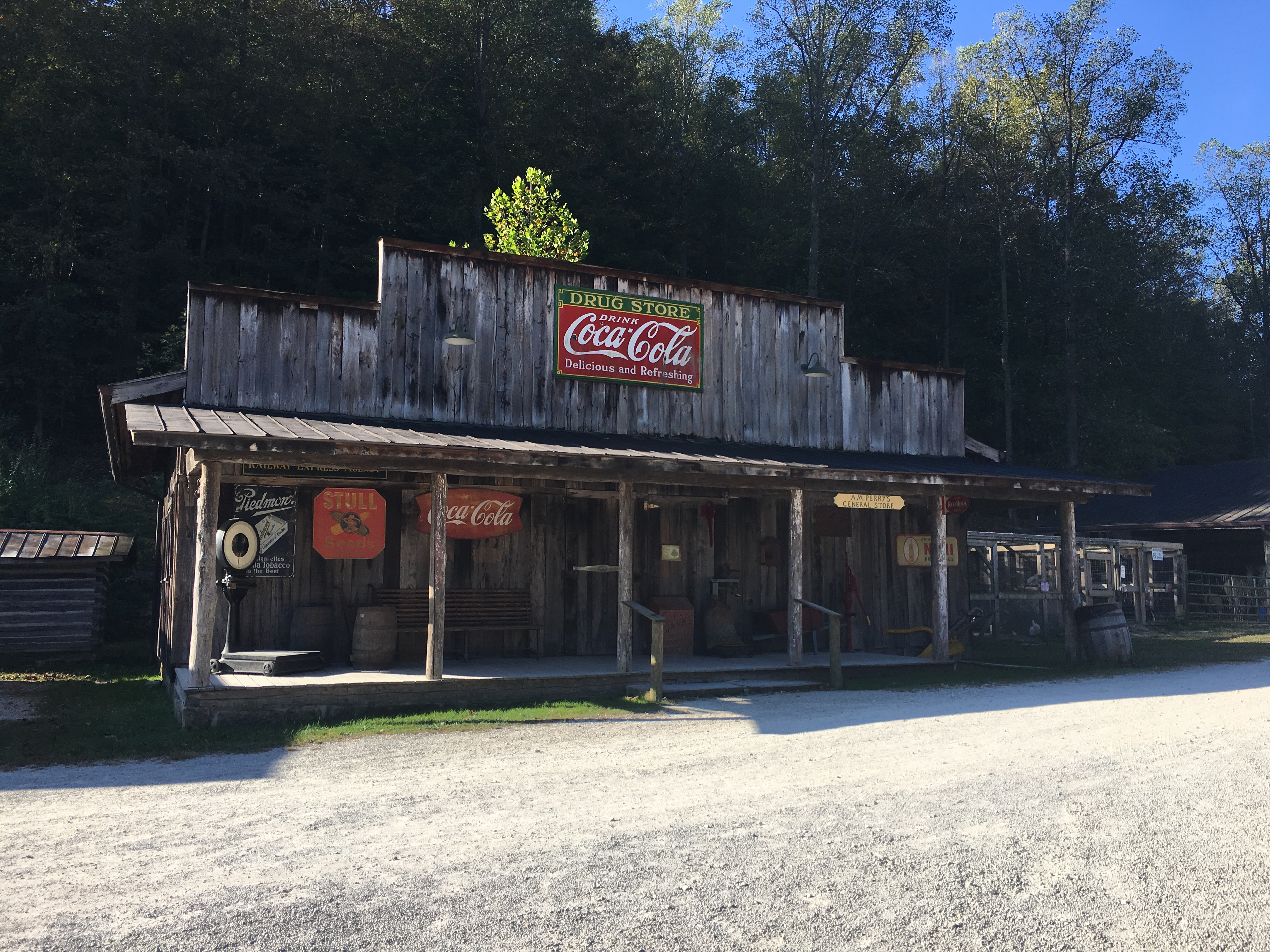 Storefronts frequently had metal signs advertising soda and other products from major companies. 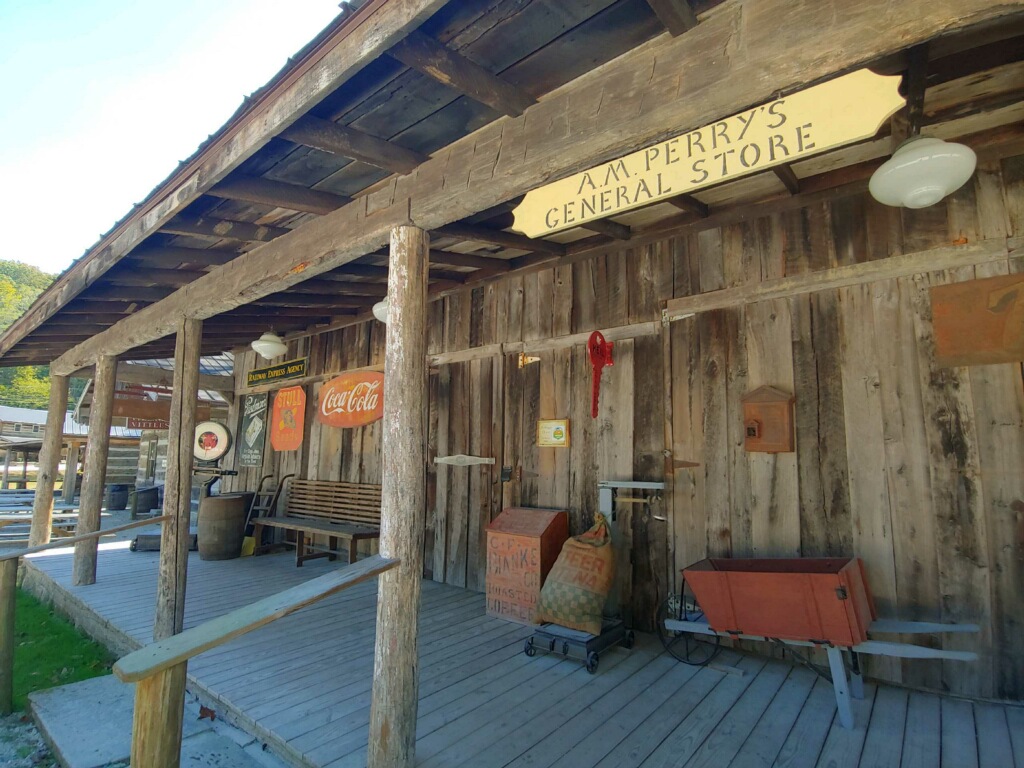 The museum features a variety of artifacts and products that could be found in general stores throughout the nineteenth and early twentieth centuries. 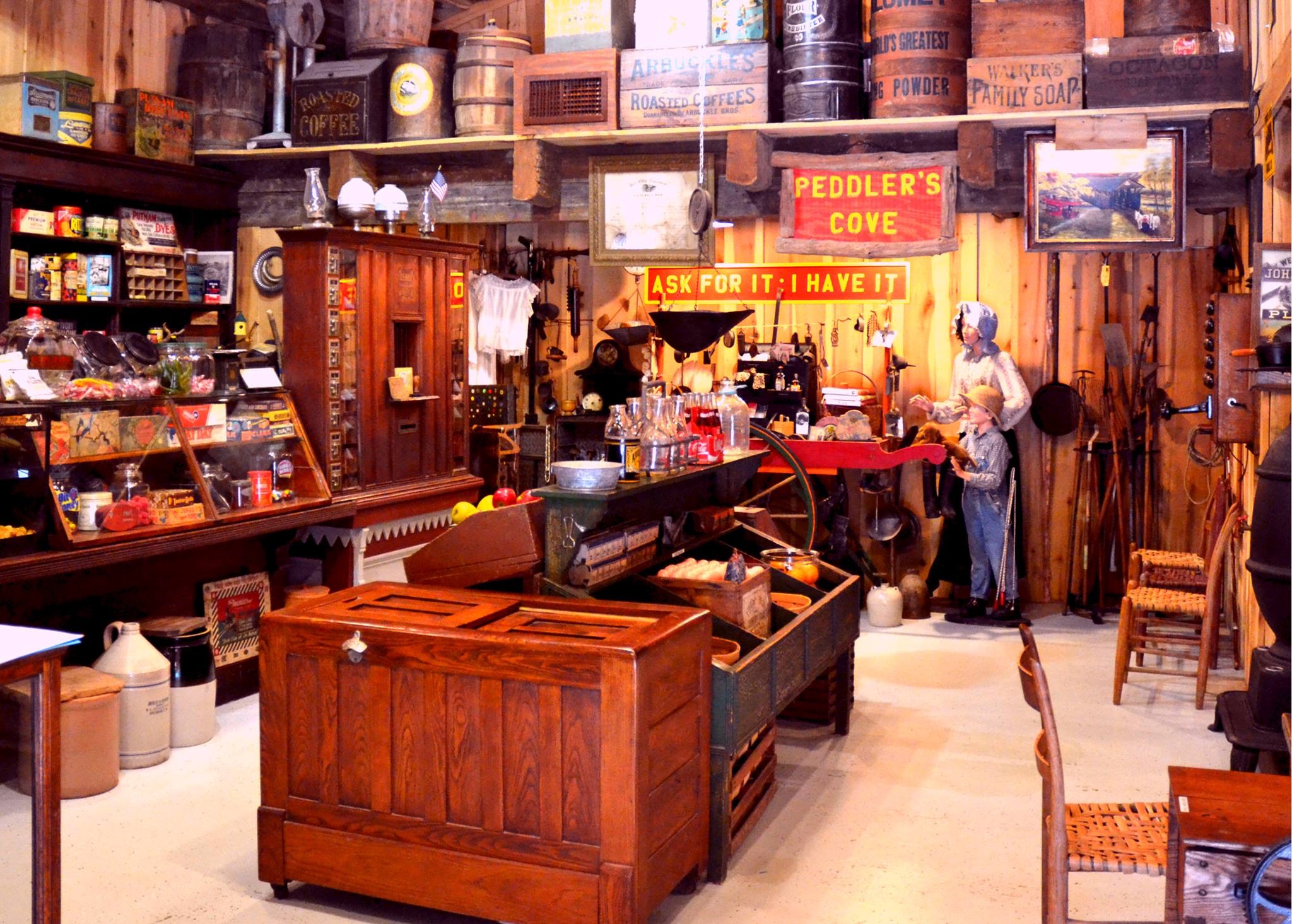 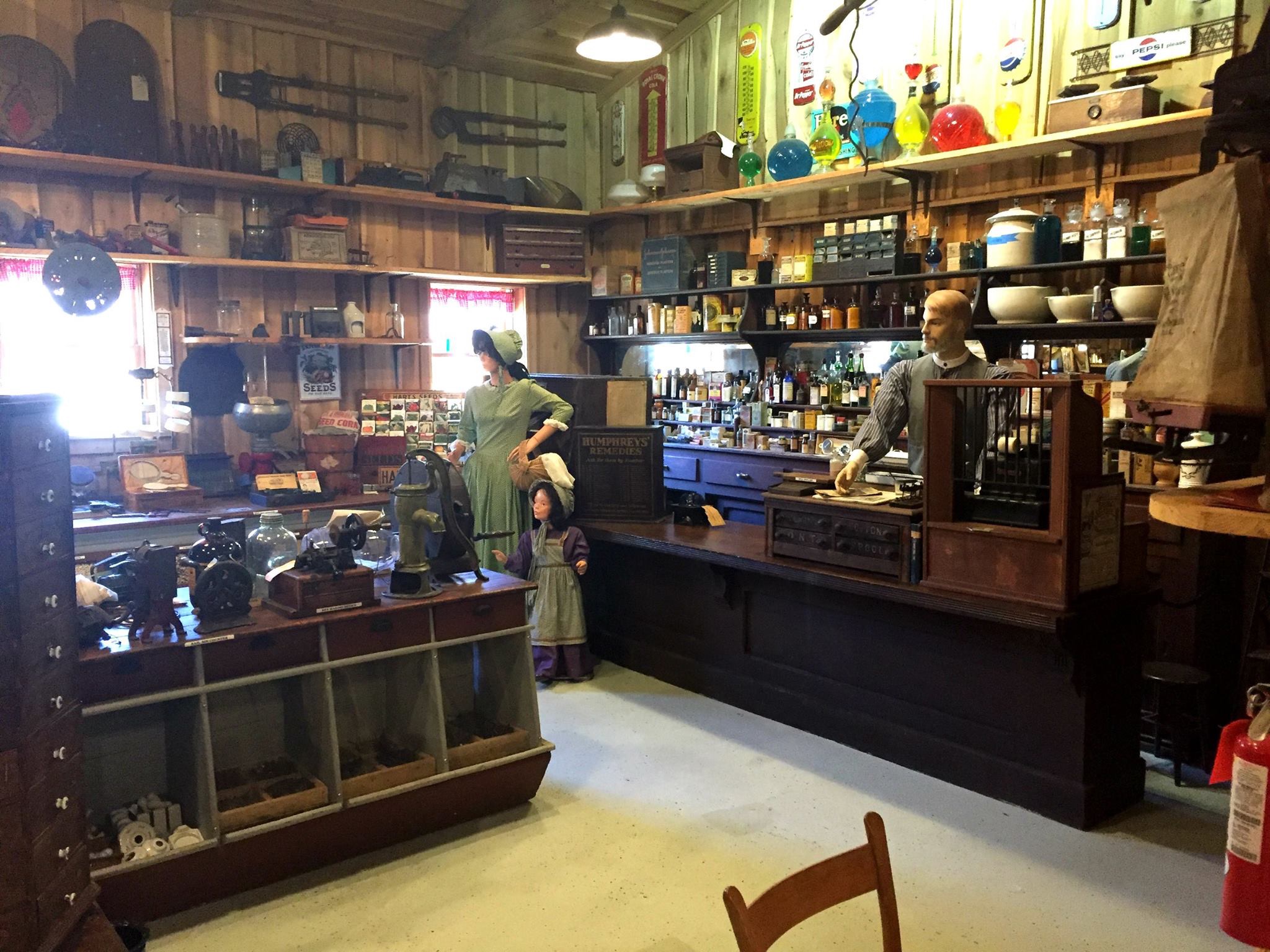 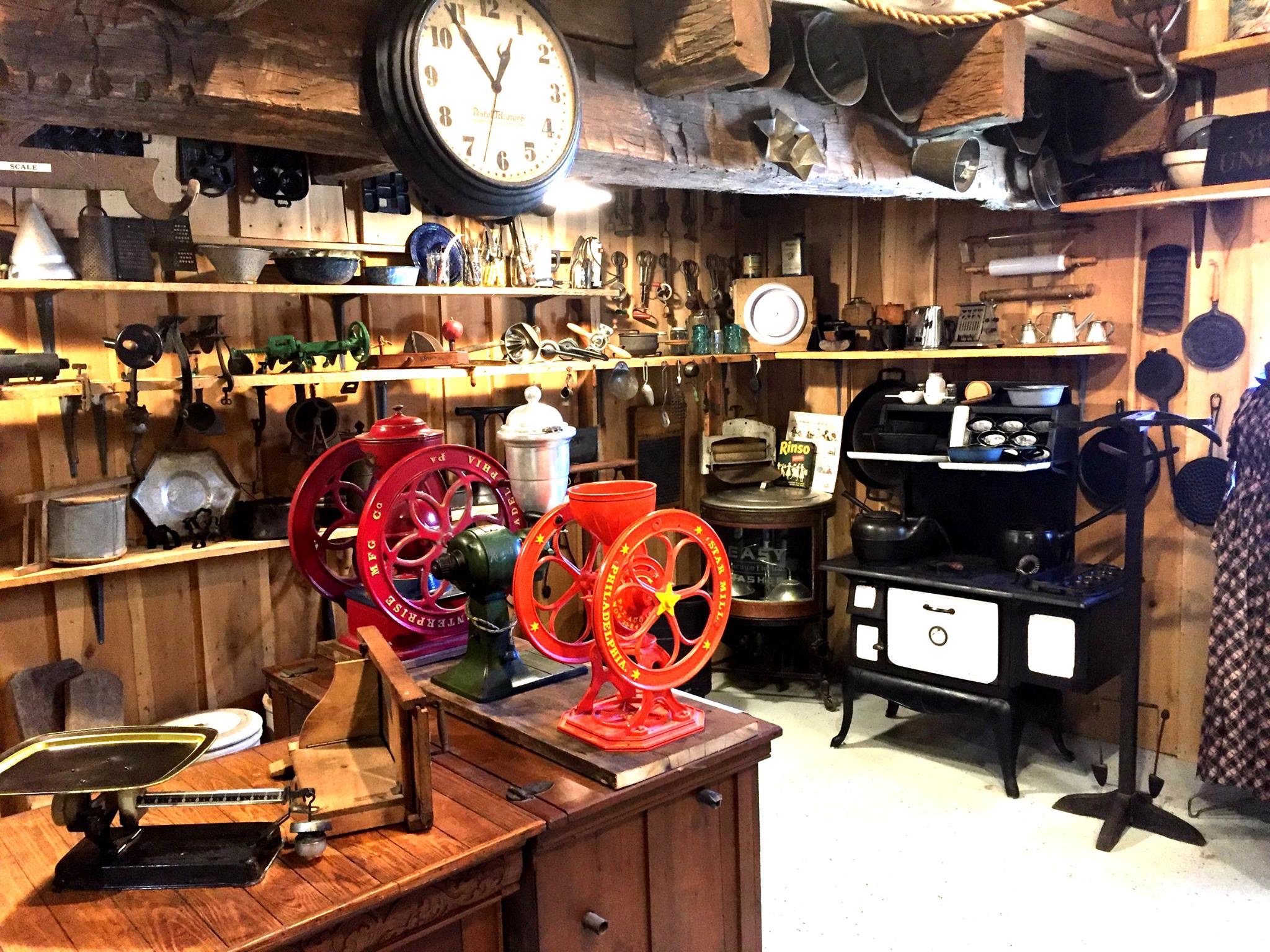 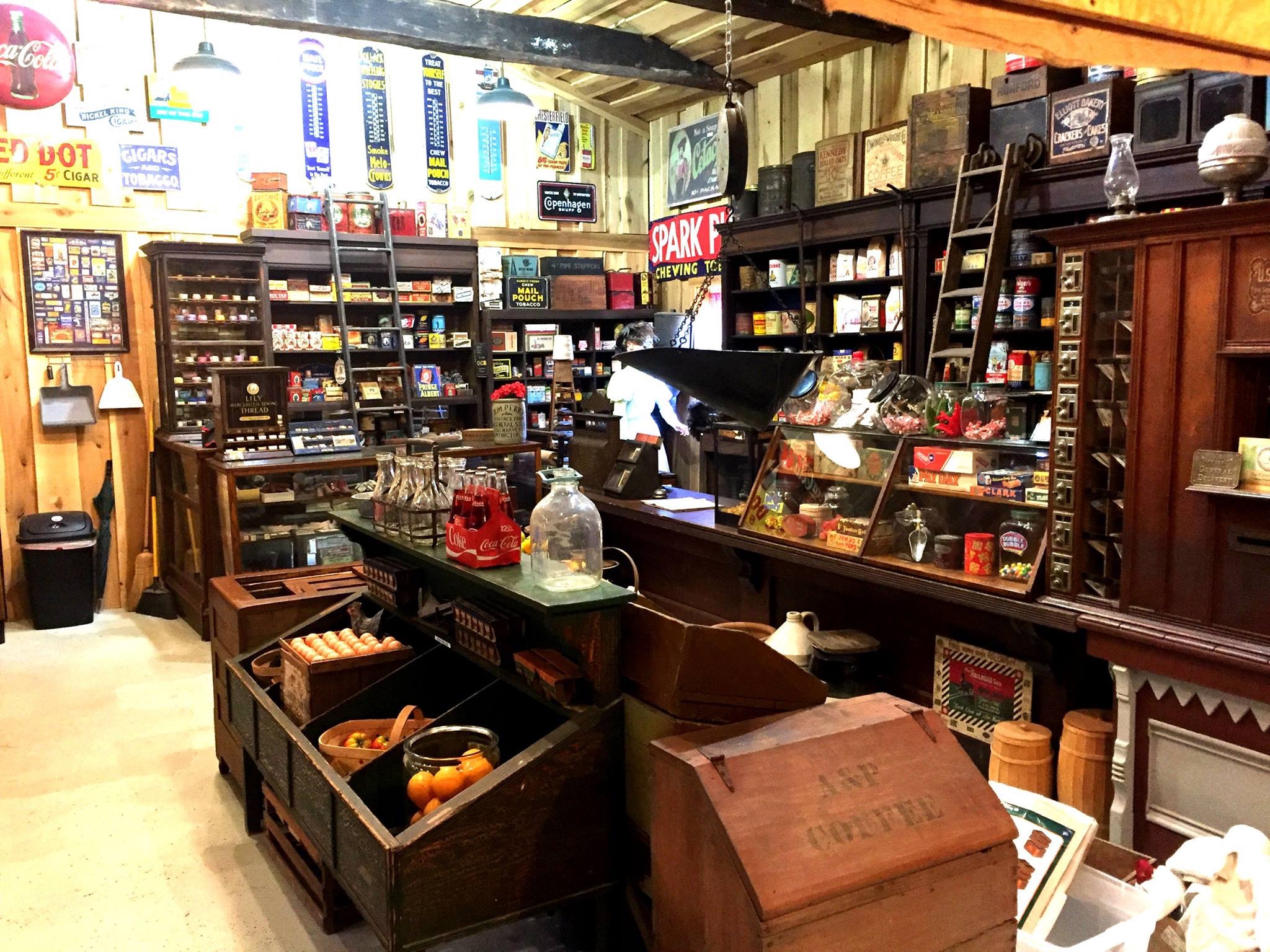 General stores sometimes began with a country peddler. Peddlers would travel around a region with a wagonload of goods and try to sell their products to locals. In very rural areas, this could be the only way for people to buy things from the outside world. Anything that could not be bought had to be handmade on the farm.

When enough settlers came into an area and formed a town or community someone would soon open a general store. They were almost always the first business to open in a new, growing community. Because of the small population and poor transportation, a general store owner often held a monopoly; however, this also meant that they had to provide residents with any items that they could possibly need. Thus, general stores offered a wide variety of goods: food, farming and building tools, fabric and clothing, guns and ammunition, tobacco, and more. Larger and more developed stores might even have a butcher, bakery, or pharmacy. Sometimes the post office was located within the store, as it was the only major landmark in the area initially.

Because cash was hard to come by in isolated communities, storekeepers often had to use a system of credit when selling their goods. Customers could take what items they needed and then pay the storekeeper at the end of every month or longer. Stores kept an account book containing the names of every resident, a list of the things they had bought, and how much money they owed. It was very important that customers paid their bills on time; storekeepers relied on this money to order more goods to sell. If this system fell apart and the store was forced to closed, the entire community would be devastated. Farmers could also trade crops for items instead of paying cash.

The earliest general stores in Appalachia appeared in the 1700s. By the late 1800s and early 1900s, when towns became more developed and transportation improved, these stores expanded to sell more items. They might offer penny candy, soda, electric appliances, and cleaning products, among other things. Some even sold gasoline; the first gas stations started out as general stores. In the 1900s the rise of automobiles, mail order catalogs, and competition from newer and larger businesses gradually forced small general stores out of existence. Some continued to exist in smaller and more isolated communities up to the mid-1900s.