Founded in 1793, the Enfield Shaker Community was occupied until its remaining members merged with and moved to the Canterbury Community in 1923. During those 130 years, the Brothers and Sisters lived, worked and worshiped on the community’s 3,000 acres and built over 50 structures. They lived what some consider a simple life, working the land, building and growing what they needed, with religion at the center of all. From 1927 until 1974, the land and buildings were utilized for spiritual purposes once again by the LaSalettes, an order of Catholic priests and missionaries. The community was then sold to private investors in 1985 and the museum opened the next year. Over the next decade, the museum acquired the remaining eight buildings and today operate it as an outdoor and traditional indoor museum. It was added to the National Register of Historic Places in 1979.

The Great Stone Dwelling and the Mary Keane Chapel are separated by almost 100 years. 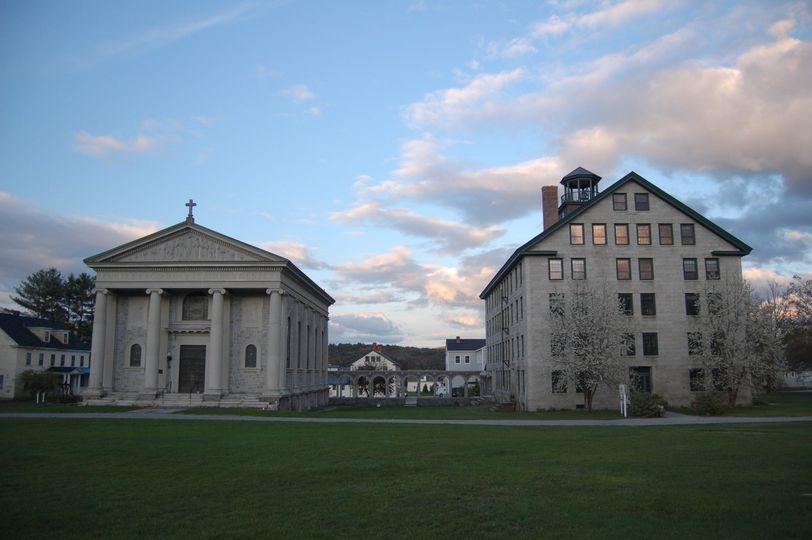 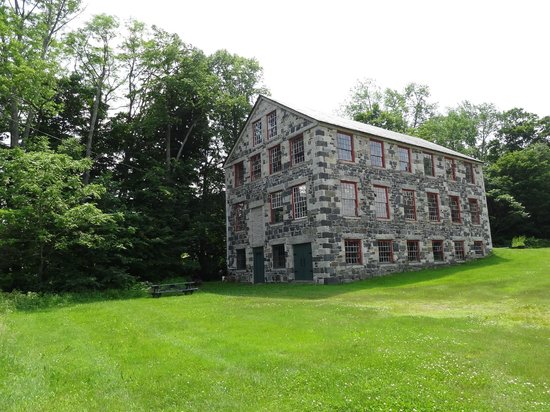 An 1854 barn located within the historic district. 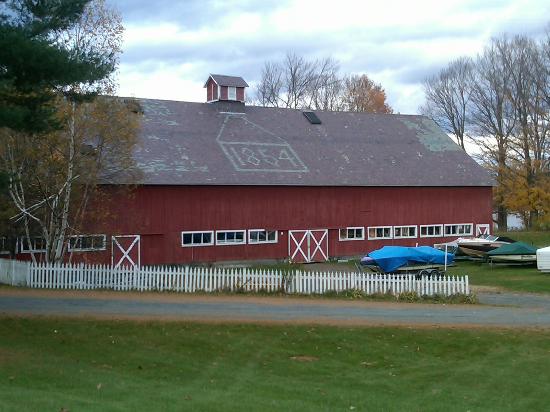 The interior of the Mary Keane Chapel. 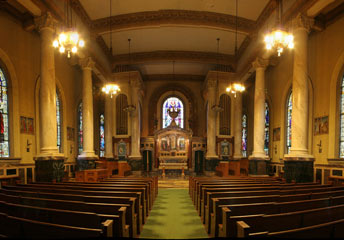 An exhibit within the Shaker Museum. 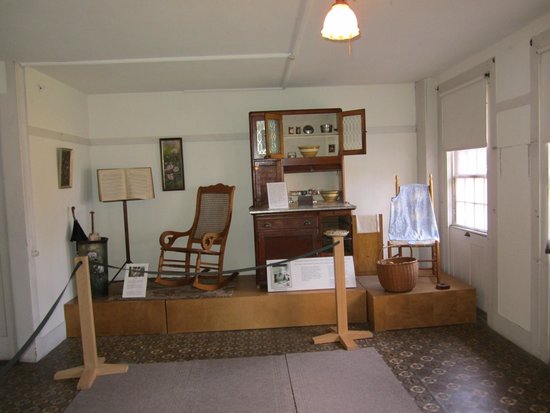 The Shaker Historic District is a popular wedding venue.

The United Society of Believers in the Second Coming of Christ, or Shakers as others called them, or Believers as they called themselves, was founded in England by Mother Ann Lee in 1758. A Protestant sect, the Shakers broke from the Quakers, but suffered the same persecutions while in England. Mother Ann Lee then had a vision to take her small flock to America and they arrived in New York City in 1774. Two years later, they established their first community just north of Albany in what is now Watervliet. Expansion of the sect began slowly but picked up steam after 1780. By 1793 there were 12 settlements spread across New York and New England, to include the one at Enfield.

The Shakers at Enfield, whose religious and societal practices included gender and racial equality, pacifism, confession of sin, celibacy and communal ownership of property like all Shakers, also expanded slowly. By the early 1800s they had three “Families” living at the Enfield Community of 30 to 90 individuals each and their land holdings expanded to over 3,000 acres. They grew all that their community required and manufactured and sold common household items such as simple and functional furniture and brooms.

As the community grew, so too did the number of buildings, with the largest and most prominent being the Great Stone Dwelling which was completed in 1841. This six-story granite dwelling featured expert masonry work as well as carpentry work within. It housed members of the Church Family and was designed by well-known architect Ammi Burnham Young who also designed Vermont’s second Statehouse and buildings at nearby Dartmouth College. This centerpiece of the community was also one of the largest Shaker dwellings ever built. Other structures of significance built by the Shakers was the 1880 Ministry House, Laundry/Dairy Building and the West Meadow Barn.

As with all Shaker communities, Enfield’s numbers began to decline after the Civil War and onset of America’s Industrial Revolution. By the early 1920s, the remaining members made the decision to sell their property and relocated to the Canterbury Community in 1923. A Catholic order known as the LaSalettes purchased the buildings and 1,200 acres of land in 1927. They converted the former Shaker community into a seminary and Catholic school. They also added the neo-classical Mary Keane Chapel which still sits beside the Great Stone Dwelling. The LaSalettes closed up shop in 1974. Private investors then purchased the property in 1985 and the nonprofit Enfield Shaker Museum was formed the next year. They gradually purchased the remaining buildings and now operate and maintain the property as an indoor and outdoor museum.

Aside from the Great Stone Dwelling and Mary Keane Chapel visitors can tour other buildings and sites such as the Ministry House, two cemeteries, the Cow Barn, two Brethren Shops, the Museum Herb and Flower Gardens and Feast Ground atop Mount Assurance. The Museum also offers numerous educational opportunities for all ages, workshops, exhibits and craft demonstrations. The Great Stone Dwelling now houses an indoor museum that displays artifacts built and/or used by the Shakers to include furniture, textiles and tools. Visitors can also enjoy overnight stays within the Dwelling.