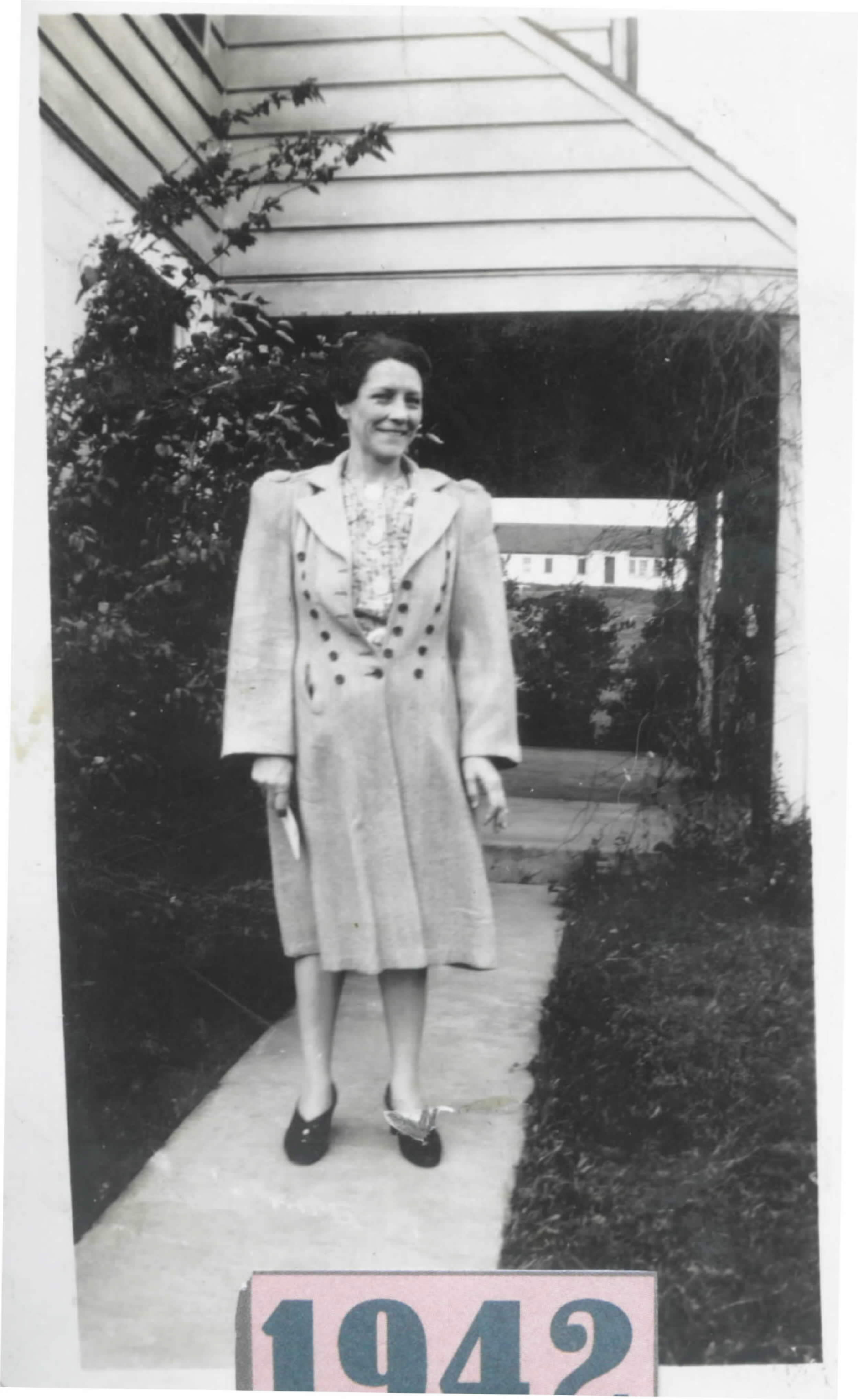 Jan and Joyce Ammons playing in E-15 yard near garden 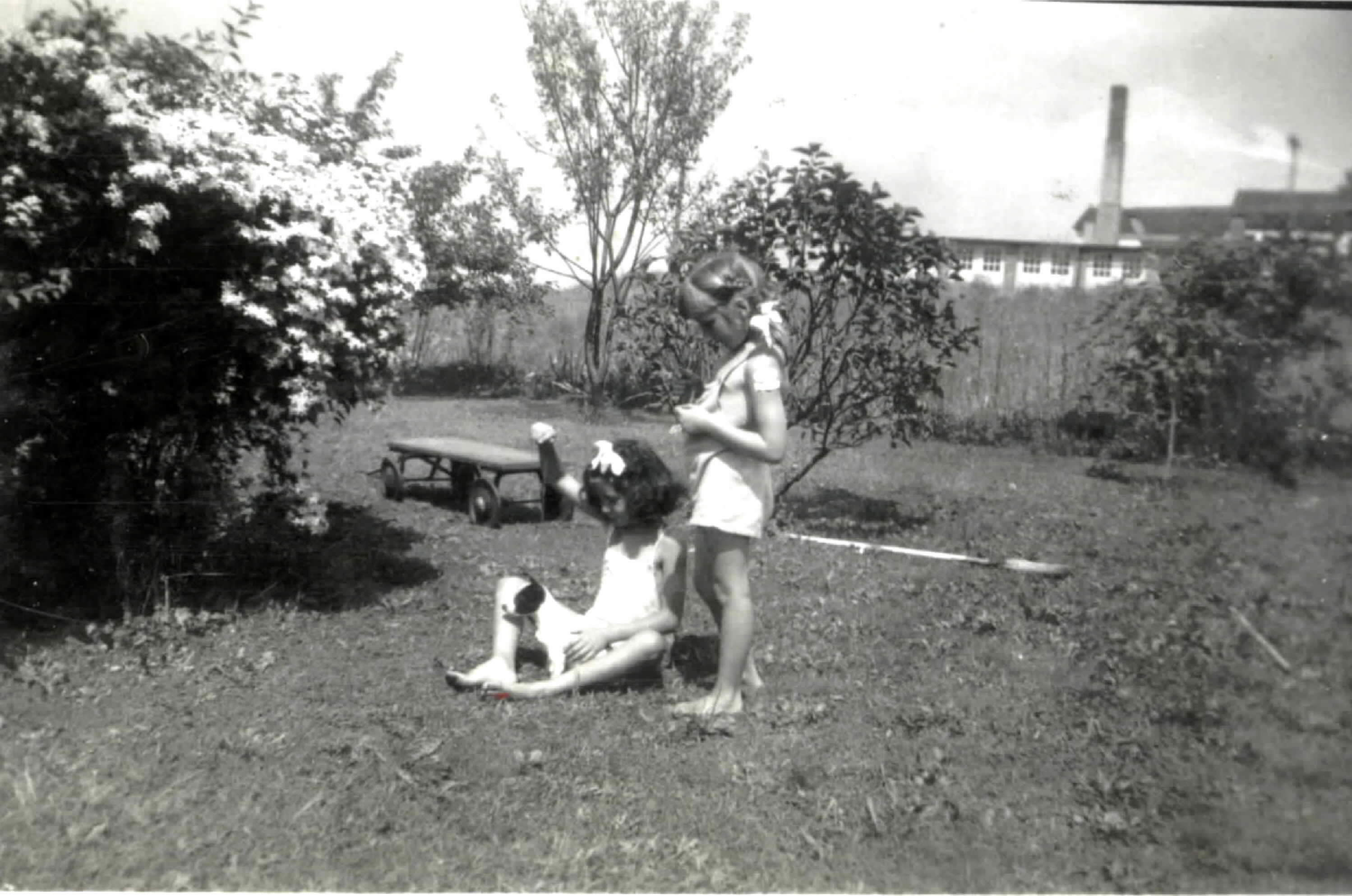 Joyce Ammons in front of E-15 well and root cellar 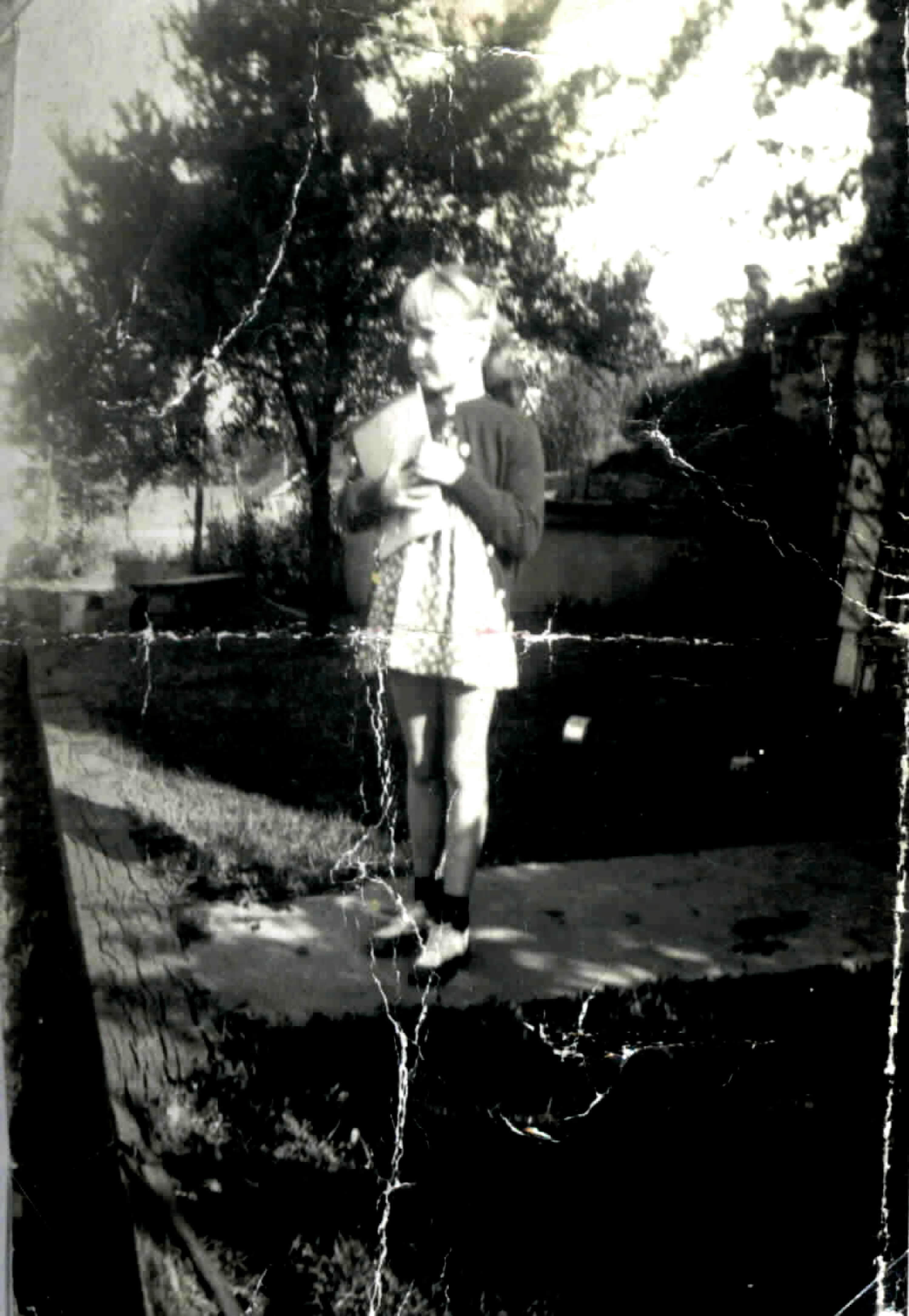 E-15 was constructed in 1935 along with the other 75 Wagner-style houses in Arthurdale. This particular house is a great example of the simple, practical architecture used in the depression-era housing project to encourage residents to live simply and within their means. Each of the 165 total houses built during the Arthurdale project was situated on a plot of 2.5 to 5 acres of land on which the family would grow its own crops, raise livestock, and house poultry, all of which would feed the family that occupied the house.

This lifestyle focused on a family growing its own food is called "subsistence agriculture" and it was the cornerstone of this community as designed by the Roosevelt Administration. This ensured that families always had food on the table and in the cellars to feed themselves even during times of economic hardship. At E-15, the land to the left and right of the house was once farmed with vegetables, fruits, livestock, and poultry to feed the Heinz family, the first family that occupied the house. Be sure to look for the Heinz family's photos below to get a glimpse of their lives in the house.

Wagner houses were the largest of the three different styles of Arthurdale houses. They were built with a kitchen, washroom, and a living/dining room downstairs and four bedrooms and a bathroom upstairs. The houses all had running water, electricity, refrigerators, and food storage spaces like root cellars, smokehouses, and basements. This was rather luxurious for many families moving into the houses as they were often living in shacks or even in tents in the woods before moving to Arthurdale. In these new houses, parents were able to provide stable, clean, and healthy lives for their children.

Through the guidance of the New Deal administration, each house was rent-to-own. Each month, the houses cost each family between $15 to $20 in rent and after 20 years of paying that rent, the house and its property was to be paid off and formally owned by the family. In 1947, many years before the projected end of the rent-to-own program, the government had totally divested from Arthurdale and the families living in the homes had the choice of either buying out their houses or leaving them. Most families were able to purchase their homes after many years of paying into the program.