In 1888, the Teutonia Mânnerchor Hall was fully funded and constructed by the supervision of Reverend Karl R. Weitershausen and a group of German-American men called the “Liedertafel." Before the hall's construction, Weitershausen and the "Lidertafel" would gather and sing songs and hymns from the homeland and eventually formed the choir called "Teutonia Männerchor" in 1854. The hall is a historical symbol of where the Teutonia Männerchor began its roots as one of the oldest German singing societies in Pittsburgh. Currently, the hall serves as a music hall, restaurant, and pub where Teutonia singers hold concerts and performances that embrace the German culture and heritage. 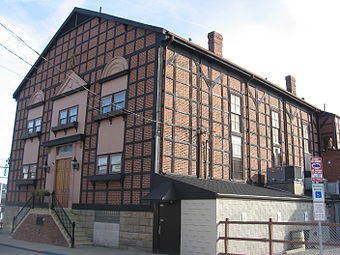 Reverend Karl R. Weitershausen: The Founder of the Choir 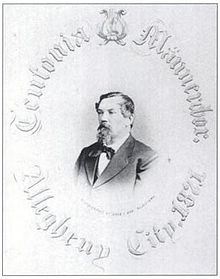 Inside of the Hall 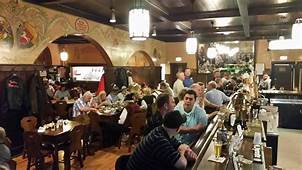 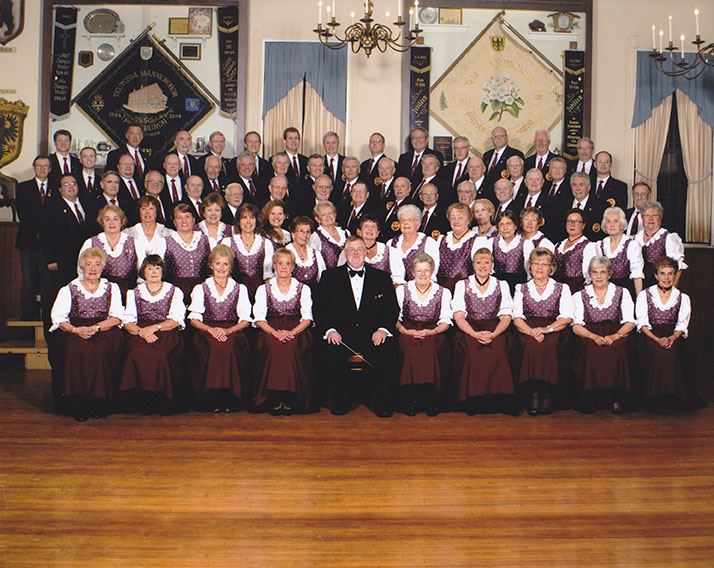 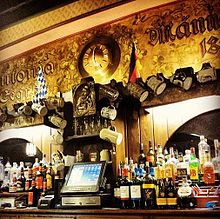 In 1851, Reverend Karl R. Weitershausen and a group of German-American men called the "Liedertafel," a term used to describe a group or society that gathers to sing and practice the male parts of songs. Weiterhausen and "Liedertafel" would meet at the Weitershausen Church located on Canal Street. The group would celebrate their German roots by singing hymns of the homeland, and in 1854, Weitershausen and "Lidertafel" created the church choir, "Teutonia Männerchor, which will later become one of the most popular German singing societies within Pennsylvania.

The Teutonia Männerchor" would meet at the Dahlingers Hall at 121 Madison Avenue, and over a 30-year span, the numbers kept increasing so significantly, the choir needed to find their own place where they could practice and rehearse their songs. In 1881, the choir raised money by selling "building shares" and the Teutonia Männerchor Hall was built. Constructed by local architect, George Ott, the hall is a two-story building, and is one of Ott's few surviving designs in the area. The main hall was originally designed to be an adaptable space, with movable seating for concerts, and tables and chairs for banquets and other events inspired by the German heritage and culture. Both the hall and the center became a center of German culture and interest within Pennsylvania.

In 1934, the hall incorporated a German-style Rathskeller on the first floor to give the hall a more authentic German atmosphere. During the late-1930s, another drastic change of the German singing societies was the implementation of "Damechor," a women's choir. In 1935, a "Damechor" was added onto the "Teutonia Männechor" society, and soon both choirs merged together and formed one union. During WWII, another huge wave of German immigrants came to Pittsburgh, which added more numbers to the "Teutonia Männerchor" and the German population of East Allegheny County, PA. The hall held concerts and performances to raise funds for German and Central European relief groups during the war. Also, the society even encouraged some of its members to join the armed forces to help out with the war effort.

In 2004, the hall was listed in the National Register of Historic Places. As of today, the hall still stands in the Dutchtown District of Allegheny County, Pittsburgh, PA where visitors can enjoy German food, alcohol, music, and dance. The hall holds some events to celebrate German festivities, such as Schlachtfes dinners and Oktoberfest. The Teutonia Mânnerchor Hall is the home of one the oldest Gesangvereines in Pittsburgh and continues to carry on the traditional practices of German song and dance.