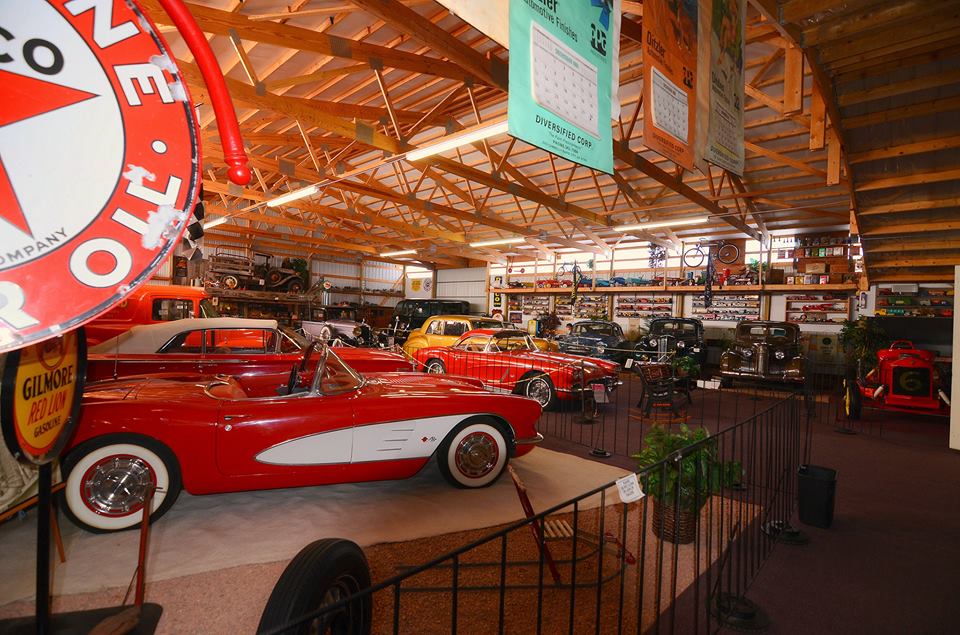 The museum's owners Bill and Peggy Napoli founded it in 1972, just a few years after they got married in 1969. Bill's love for cars started at a young age and dreamed about having his own an automobile museum where he could not only showcase cars but also build them (and motorcycles) as well. Together, Bill and Peggy have slowly restored the cars and motorcycles on display. They continue to work on various restoration projects and do custom work as well, including body and paint, upholstery, mechanical work, and finish detail. The museum also sells classic cars and many other items including memorabilia, bicycles, headlights, toy cars, and manuals.