The Alamance Country Confederate Memorial was erected on May 16, 1914 by The Graham Chapter of the United Daughters of the Confederacy, the statue stands at 30 feet tall. The statues stated purpose is to honor and commemorate Confederate soldiers from Alamance County, however, there is a deeper purpose and meaning in the monument. 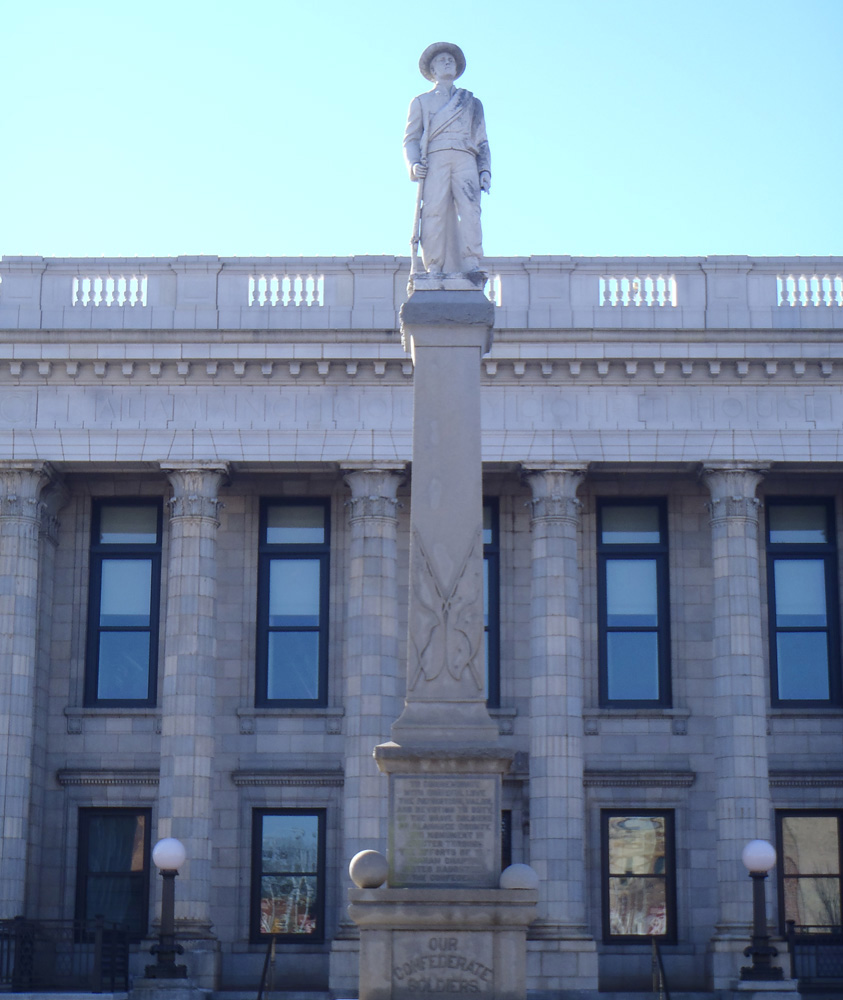 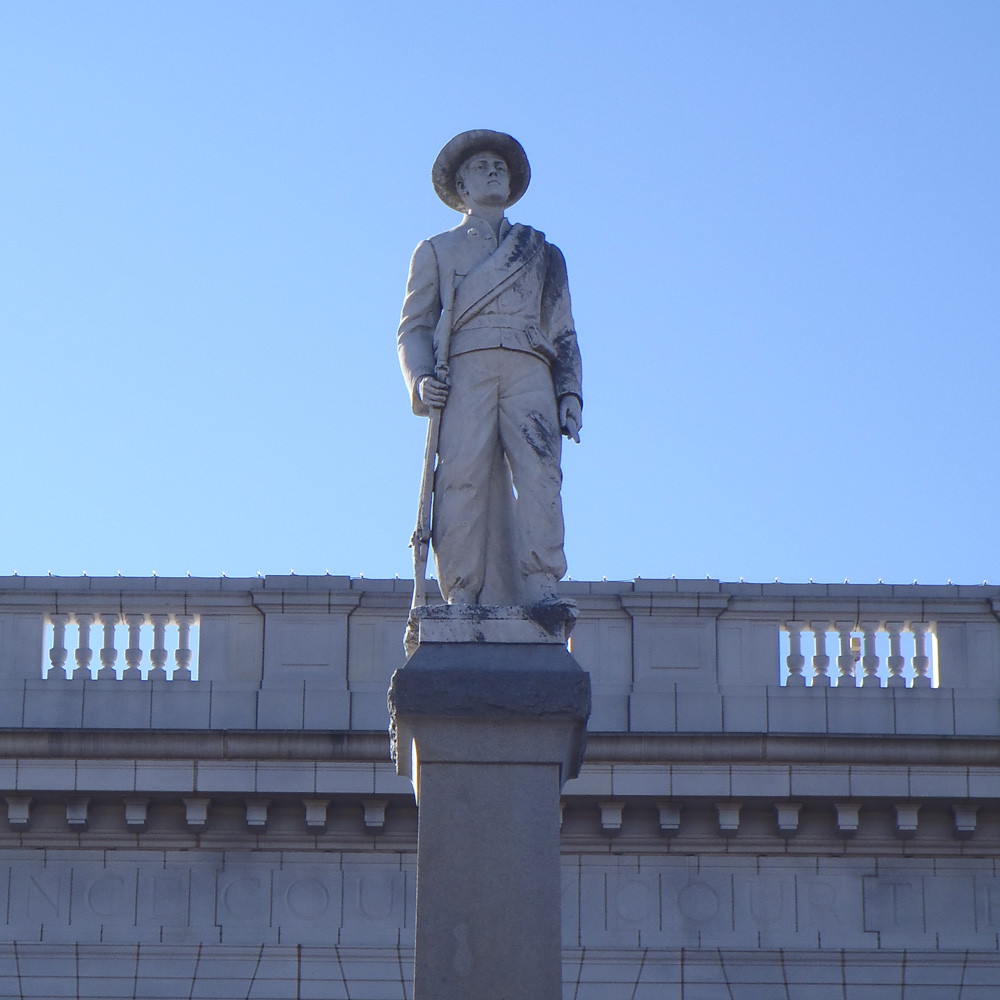 On the surface the Alamance County Confederate Memorial would seem to be standing just to honor the Confederate soldiers of the Civil War, however, we are given a different story in the newspaper article “Major London’s Address” published by the Alamance Gleaner on May 28, 1914. Col. Jacob A. Long introducing Major London, goes into depth about how the monument is to honor those who fought during the American Revolution as well. The monument was being tied into the thought of patriotism and self-sacrifice as a whole, not just the Civil War.

Some statements made by Major London in the newspaper article were quite biased and not factual as one would expect. For example, he stated North Carolina Suffered 3 times as many losses as any other Confederate State, which is not true based on a Civil War casualty’s database. However, throughout the address you see his pride and emotion towards the Confederate soldiers, and he does truly honor them in his speech, regardless of the biases and discrepancies. He even took the time to write down the names of the Companies the Alamance County soldiers made up as he said, “for the fear that I might make a mistake of the matter of history.” This shows what the Confederate Memorial statue is all about. Attention to detail and the dedication to the Confederate Soldiers lost during the war as well as its dedication to the South and patriotism.

In order to raise money for the Confederate Monument the Graham Chapter of the United Daughters of the Confederacy ran fundraising campaigns. Through the fundraising, and eventually the Alamance County Board of Commissioners giving $1,000 for the sculpture, the project was set into motion. In total it cost $2,100 with an additional $305 for the surroundings of the monument like the chains and posts.

In more recent news local Confederate Memorials have been under attack and in substantial danger. There have been local communities rallying to have the Confederate Memorials removed and have actually been successful in one instance. Not far from the Alamance County Confederate monument once stood a similar monument in Pittsboro, NC. Located about 30 minutes away from the Graham monument, the Pittsboro Confederate Monument had been under attack for months. Tensions were rising high and protests frequent. On the morning of November 20, 2019, the statue was removed. Chatham County officials stated the statue was being moved to a safe location due to the rise in tensions and increase in protests. These same threats and dangers are being experienced with the Graham Confederate Monument, however at much less of an extent and the monument does not appear to be on the same path of the Pittsboro Confederate Monument at the moment.

Last updated by Noah A Thomas (Instructed by Karen Cox, University of North Carolina at Charlotte) on December 9th 2019, 1:54:57 am.