Starting in 1848, the Eberhardt and Ober families, two German immigrant families around the Deutschland sector in Allegheny County, Pittsburgh, PA, operated three major breweries that dominated Pittsburgh's brewing industry during the mid to late-nineteenth century. The Eberhardt & Ober Brewery Complex was built in 1870 when both families merged their businesses together. The Eberhardt & Ober Brewery consolidated with other breweries to form the Pittsburgh Brewing Company in 1899. In 1986, the complex was converted to the Penn Brewery by Thomas Pastorius. The Penn Brewery began producing German beer and lager styles, adhering to the strict quality standards of the 16th-century German Reinheitsgebot purity law. Currently, the establishment is an independently owned and operated brewery and restaurant where patrons can come and taste various beer and lager flavors and eat German and American cuisines. Today, the building serves as one of the oldest, surviving artifacts of Pittsburgh's economic and industrial development. 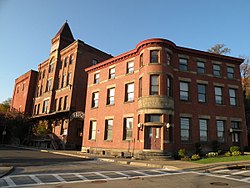 Eberhardt & Ober Brewery Before Its Restoration (circa 1930s) 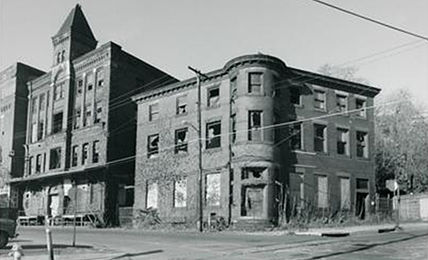 Some Employees of Eberhardt & Ober Brewery 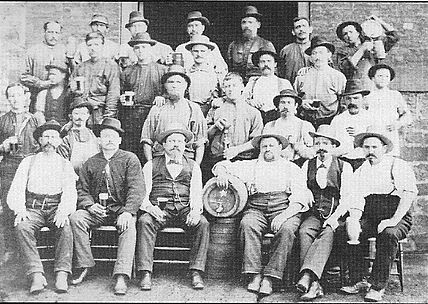 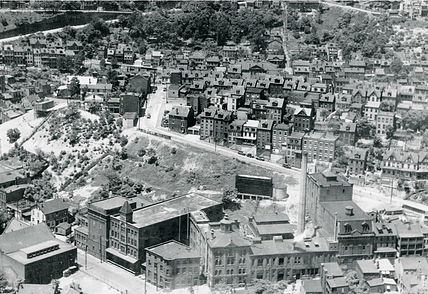 Inside of the Brewhouse 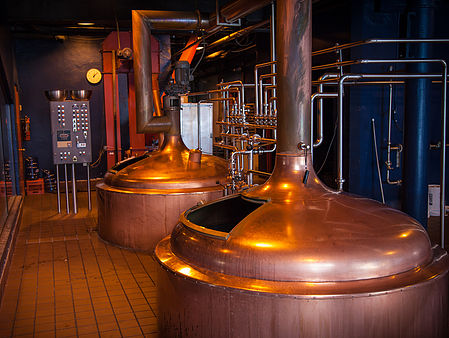 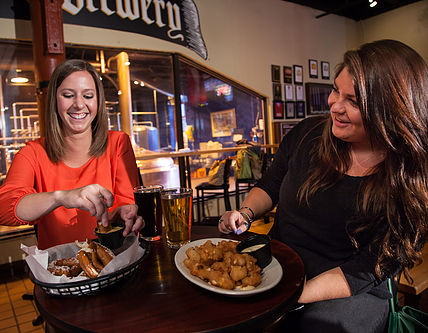 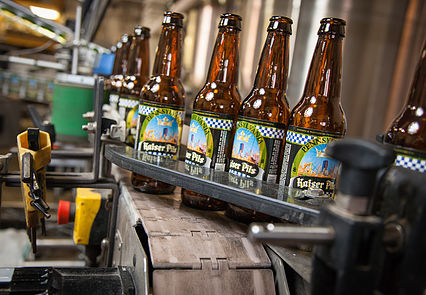 Around the 1800s, brewing was not a major exporting business for Pittsburgh's economy. However, brewing became a significant local business, which grew along with the overall local economy and its industrial growth and heavy foreign immigration. In the 1840s, there was a huge boom in Pittsburgh's economy thanks to industrial endeavors being implemented, such as steam engines and artificial refrigeration. Also, with the huge waves of German immigrants coming to the East Allegheny sector of Pittsburgh, German immigrants began working in factories and creating German-based products for the Pittsburgh market, such as traditional German-style beers and lagers. Even though, there was huge competition with "Mom & Pop" shops and breweries, German-based breweries began appearing around the Pittsburgh area, one of them being the Eberhardt & Ober Brewery.

The brewery's origins can be traced back to 1848 when two German immigrant families, the Eberhardt family and the Ober family. The two families merged together and began operating three brewing companies around the area where the complex stands today. During the business's inception, William Eberhardt and John Peter Ober created a collaboration by combining their breweries they have inserted from their families. In 1870, the two families constructed the Eberhardt & Ober Brewery Complex. The complex's original design included an office, racking and wash house, stock house, cooper shop, bottling house, malt mill and house, boiler room, and grain dryer and stables. The third brewery, J. N. Straub & Company was absorbed by the Eberhardt & Ober company in 1883. Eventually, the Eberhardt and Ober brewery was consolidated on the basis of a "beer trust" with 12 other businesses into the Pittsburgh Brewing Company.

After the merger, most of the companies did not stay open for long, but the Eberhardt & Ober brewing company stayed in business through the merger and the Prohibition by producing and selling near-beer, ice cream, and cold storage. However, both the Eberhardt & Ober Brewing Complex and the Pittsburgh Brewing Company suffered several tragedies during the mid-twentieth century. The Pittsburgh Brewing Company closed in 1952 after a long dispute over labor contracts. As for the Eberhardt & Ober Brewing Complex, the establishment had been underutilized for over a 30-year span due to an economic decline in the Allegheny area around the 1950s-1960s. The space was used as a warehousing space, and the building lost a portion of their property to demolition following a roof collapse in 1976.

In 1986, Thomas Pastorius bought the building and turned it into the Penn Brewery. In the beginning, Pastorius would brew traditional German-style beer and lagers, adhering to the strict quality standards of the 16th-century German Reinheitsgebot purity law where breweries were only allowed to use water, barley, and hops to produce beer. This law controlled pricing, ensured the quality of beer, and reserved more valuable grains for other ventures like rye and wheat for bread making. Now, the Penn Brewery continues to produce beers and lagers using barley and hops, and the company even expanded to new flavors, such as chocolate and pumpkin. The Penn Brewery's beers and lagers won 20 American Beer Festival and World Beer medals. In addition to the beers and lagers, the company's building incorporated a restaurant and open bar where visitors can eat German cuisines, such as wurst, schnitzel, pierogi, and goulash alongside American flatbreads, salads, and sandwiches. As of today, The Penn Brewery's building serves the building serves as one of the oldest symbols of Pittsburgh's economic and industrial development.