Named after the two families, joined by marriage, who occupied the house from its construction in 1865 until it was acquired by the Park-McCullough House Association in 1968, this Victorian mansion and grounds are now open to the public. Built by Vermont attorney and businessman, Trenor Park, the house passed to the McCullough family when he died in 1882 and his daughter, Eliza, inherited the house after she married the future governor of Vermont, John G. McCullough, in 1871. Currently, it stands as one of the best-preserved Victorian mansions in New England and is open for tours annually from Memorial Day through the end of October. It was added to the National Register of Historic Places in 1972.

The Park-McCullough House truly is a Victorian masterpiece in the heart of New England. 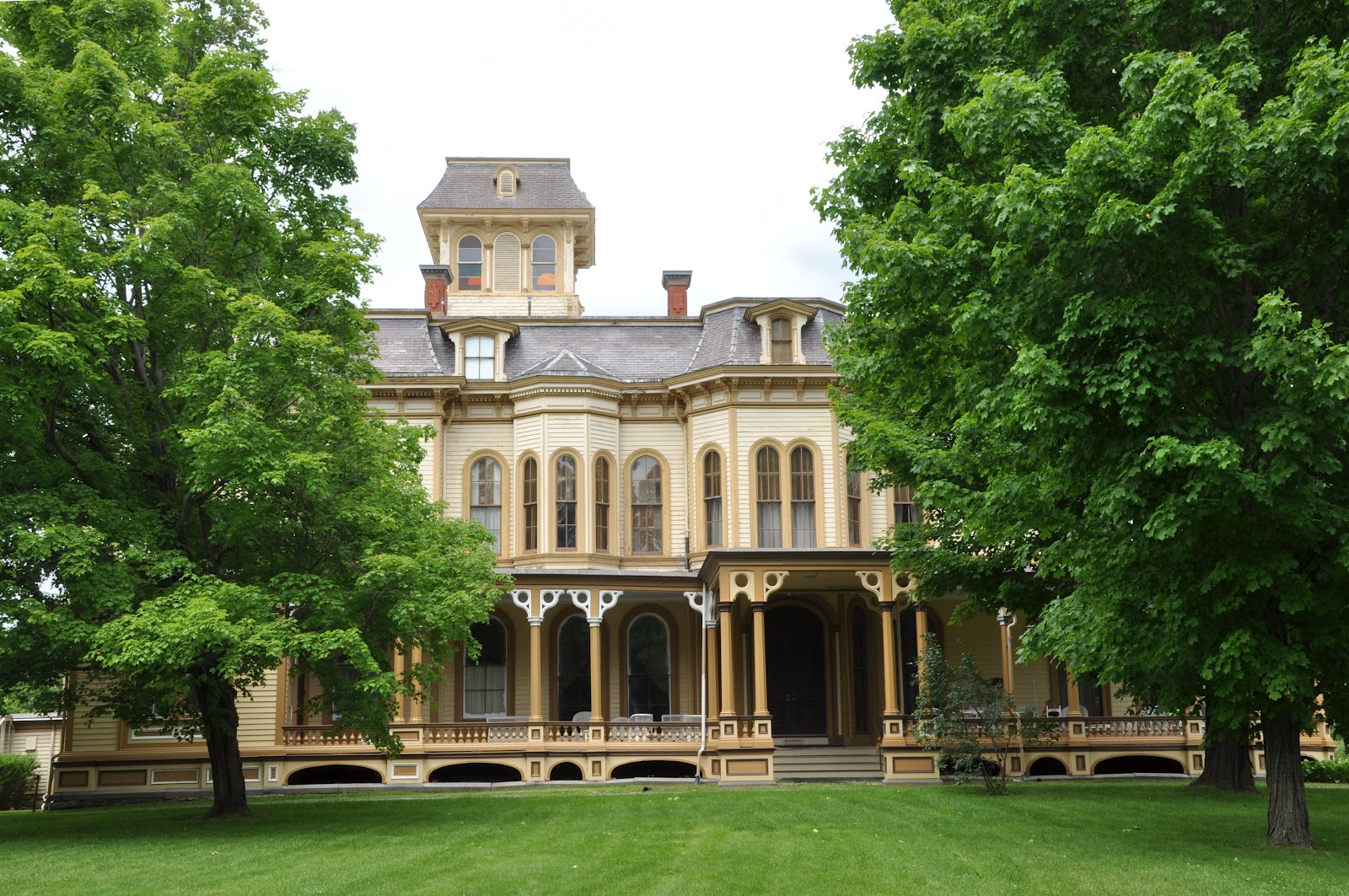 The dining room as it might have looked in the late 19th century. 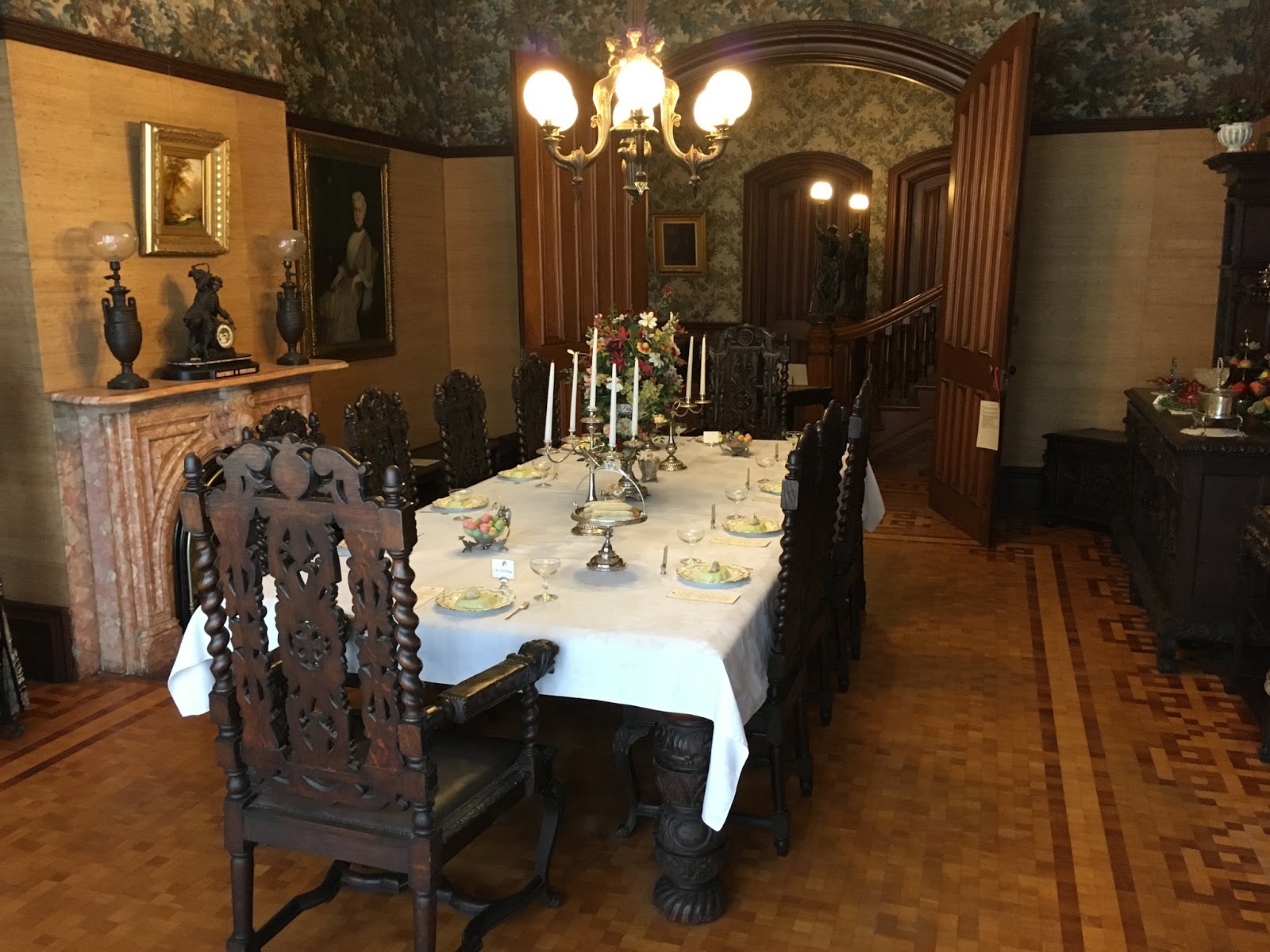 This aerial photograph reveals the massive size of the Park-McCullough House. 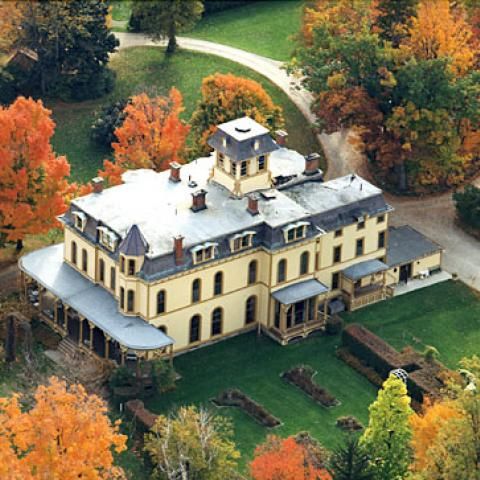 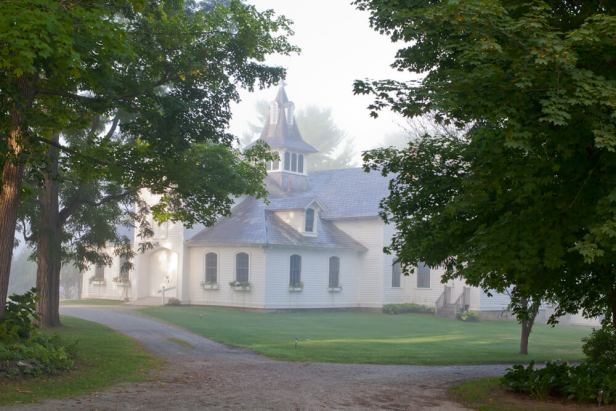 Visitors can wander the grounds of the house and encounter small footbridges and outbuildings. 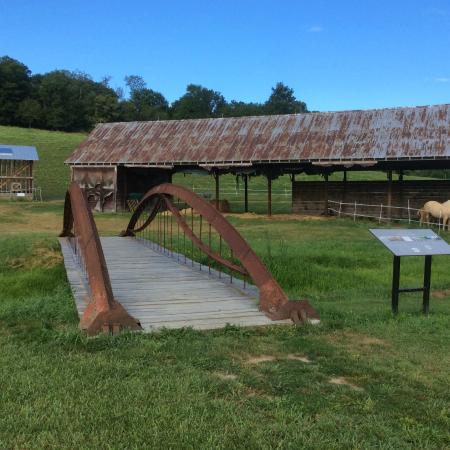 As one would expect, the Park-McCullough House is a popular wedding venue. 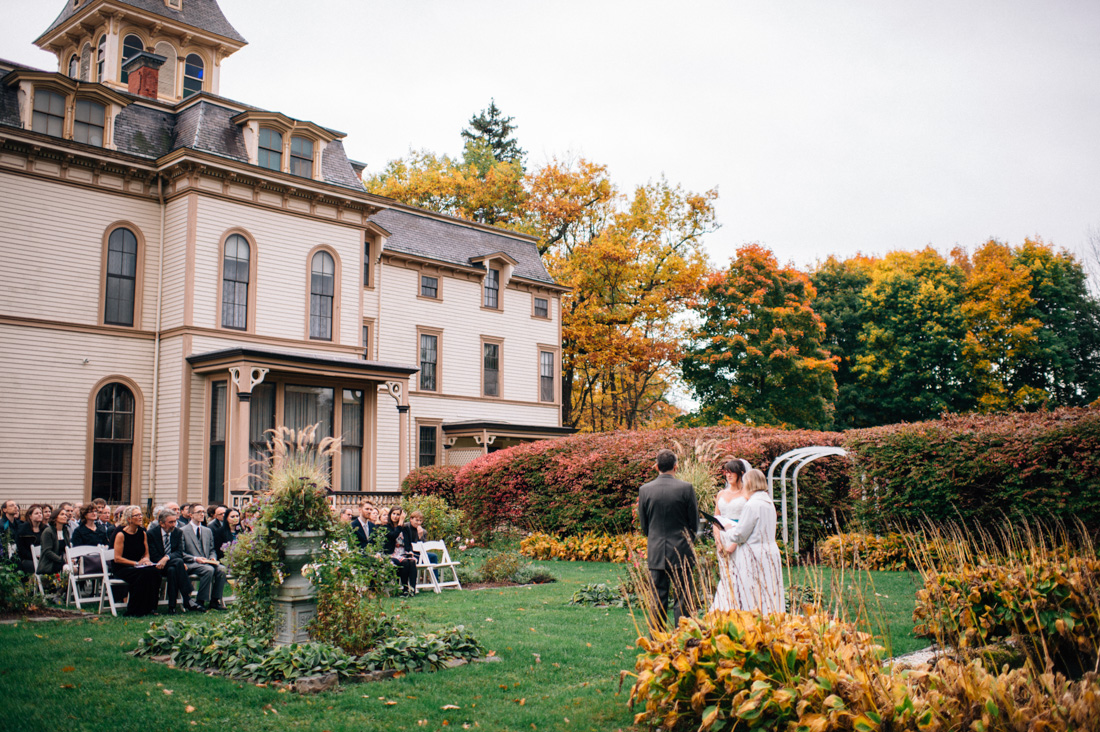 Trenor Park acquired the land on which he would build his 35-room mansion from his father-in-law, Hiland Hall, soon after Hall finished his tenure as governor of Vermont in 1860. Trenor had married Laura Hall in 1846 and earned part of his fortune overseeing the mining interests of John C. Fremont in California during the 1850s. He returned to Vermont and his wife in 1863 and employed the services of Henry Dudley to design a large Victorian mansion with Second Empire and Gothic accents. Construction began in 1864 and the Park family moved into the home on Christmas Day, 1865.

The Park home included some very modern conveniences, such as indoor plumbing, hot and cold running water, gas lighting, and a steam boiler for heat. It also had a very large number of bedrooms; 20 of its 35 rooms served this purpose. Most rooms contained coal burning fireplaces made of Italian marble which required 14 chimneys. The first floor contains a 75-foot main hall with large fireplace, parquet flooring, and inglenook bench. Also located on the first floor are a library and dining, morning, music, and billiard rooms. Interior renovations occurred in 1889-1890 in preparation for a visit from President Benjamin Harrison who stayed at the home while in town to dedicate the Bennington Battle Monument in August of 1891. The last major alteration to the home occurred around 1940 when part of the west wing was removed.

Shortly after building the mansion, Park’s land holdings expanded to almost 700 acres as he served as president of the Panama Canal Railway and founded the First National Bank of North Bennington. Trenor and Laura Park had three children, Eliza or Lizzie, Laura or Lila, and Trenor or Train. The eldest daughter, Lizzie, married the former California state senator and Attorney General of California, John G. McCullough, in 1871. The couple became the primary caretakers of the mansion and grounds after Lizzie’s mother died in 1875 and they bought out Lizzie’s siblings’ interests when Trenor Park Sr. passed in 1882. Lizzie and John McCullough resided in the home while he served as governor of Vermont from 1902-1904. John passed in 1915 and Lizzie resided in the home until her death in 1938.

Lizzie’s son, Hall Park McCullough inherited the house and land while his sister, Elizabeth McCullough Johnson, resided in it until her death in 1965. It was Hall McCullough's son, John McCullough II, who offered the house to the Park-McCullough House Association in 1968 and the non-profit has owned, operated and maintained the house and property ever since.

Currently, the Association hosts tours of the mansion at 10:00, 12:00, and 2:00 daily from Memorial Day through October, while the grounds are open year-round. There is also a late-19th century carriage house on the grounds as well as a miniature mansion playhouse. There is also a self-guided tree tour for visitors and the Association hosts a music program in the carriage house. Additionally, the mansion is home to the Living Room Theatre Company which performs various plays in the mansion, such as The Seagull, Exit the King, and Playing with Fire. During early December, the Association opens the mansion and carriage house for its annual Old-Fashioned Christmas. Please call or visit their website for dates and times of their annual special events.