"Dreams of Our Children" Mural

Officially displayed in its final form in 2018, "Dreams of Our Children" is a mural on the building at the intersection of Jersey Avenue and French Street, across from both the Walgreen shopping center and the War Memorial Park in New Brunswick, New Jersey. The mural displays a mother standing with her arm around her daughter’s shoulder, along with a father watching over his son in a toy car. It celebrates the vibrancy and resilience of Latino immigrant families, particularly through the lens of Oaxacan Mexican culture. The two-story high mural is painted brightly with colors of yellow, red, and blue, with the intent to further beautify the area, by representing the numerous colors of the culture. The tenacity of the Latino population that migrated to the area in the 1990s, is honored through this visual representation. 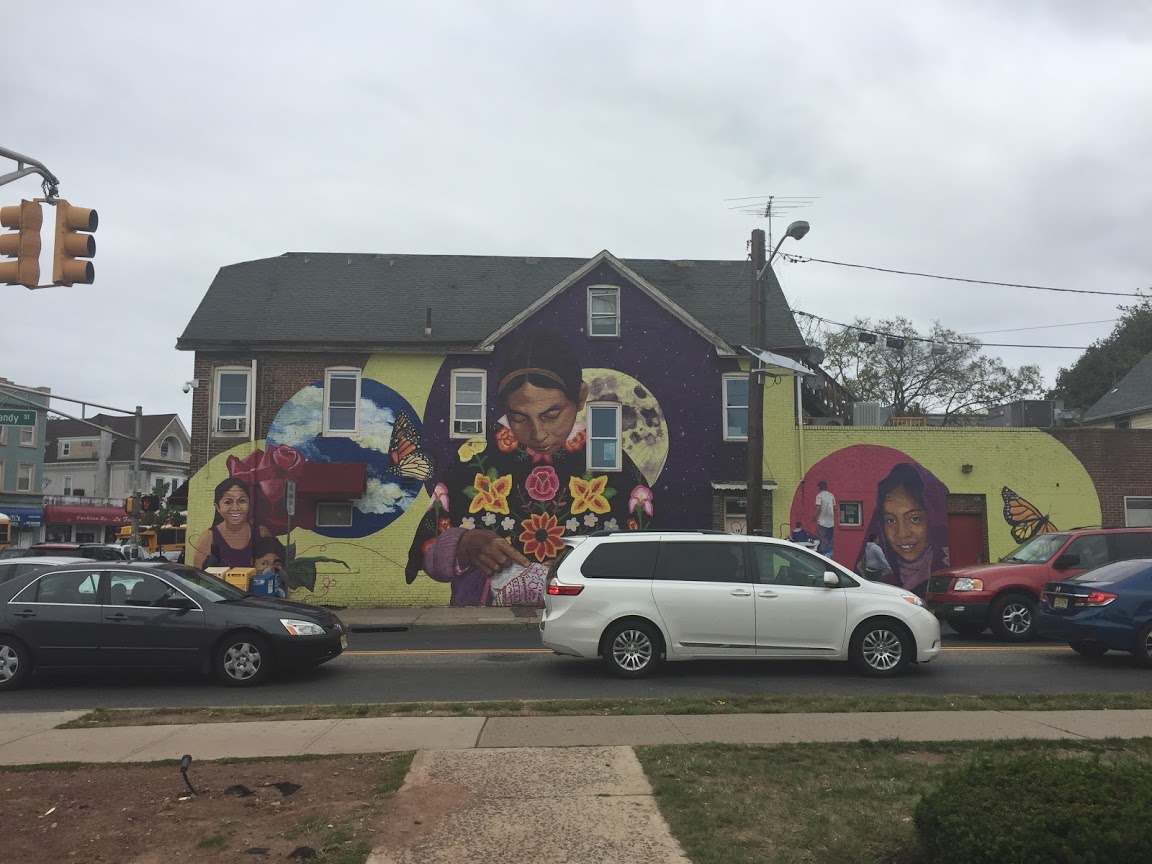 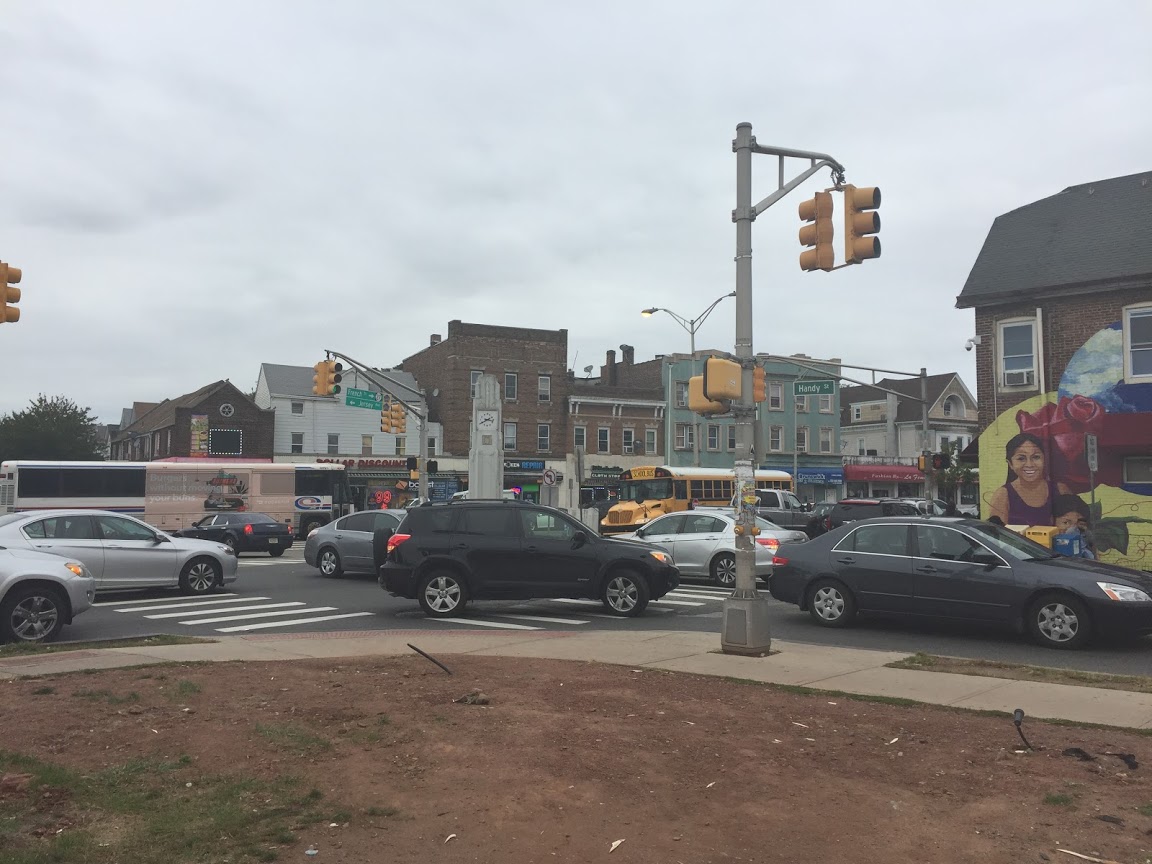 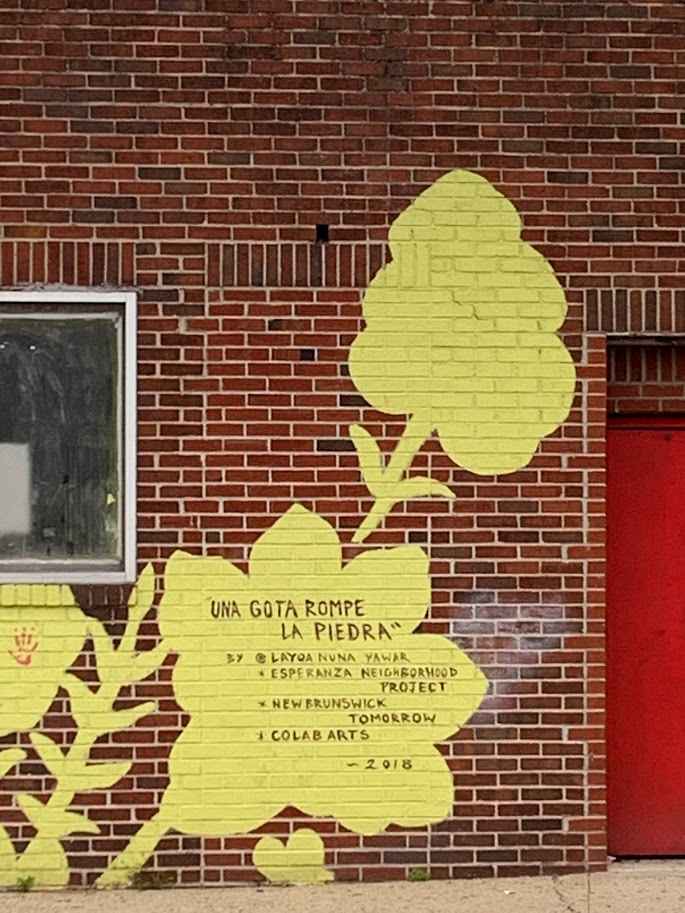 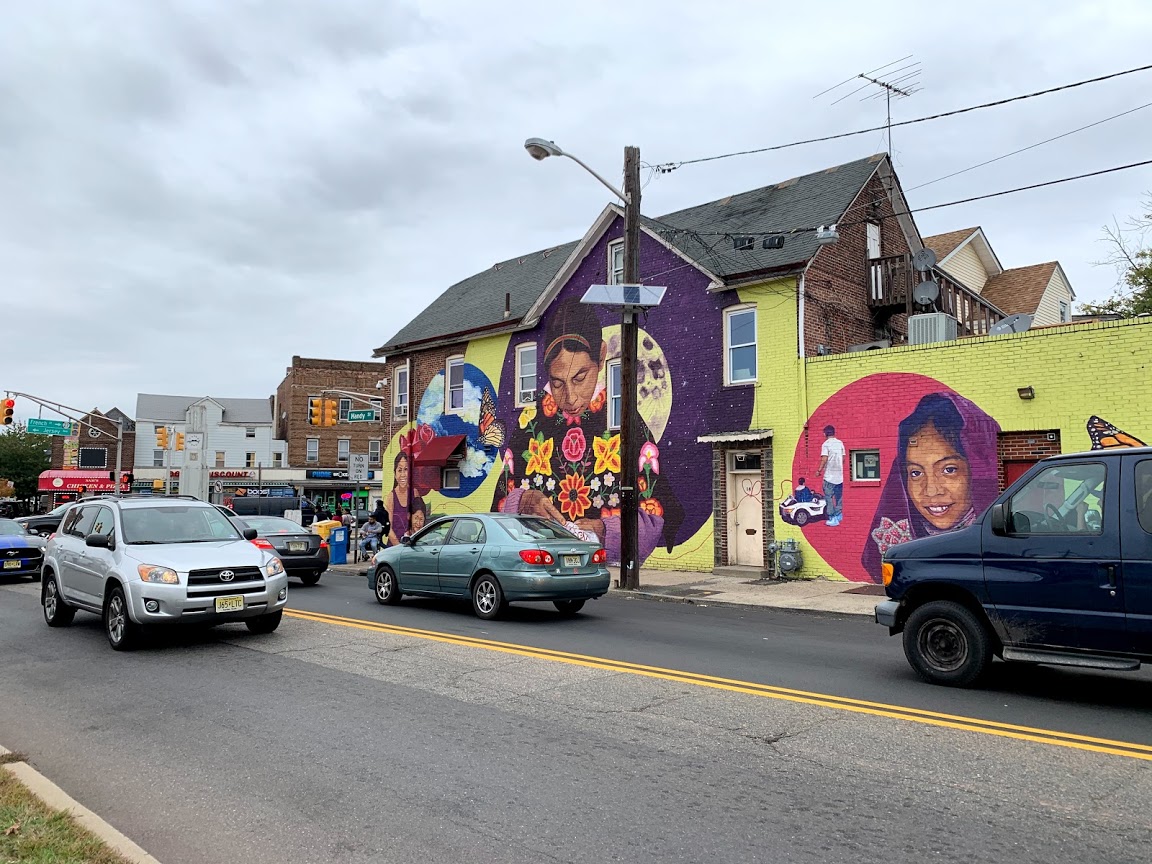 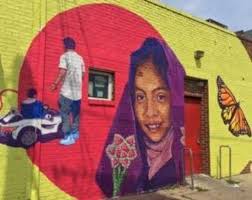 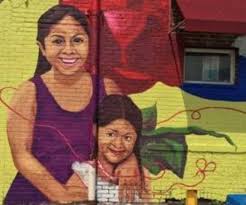 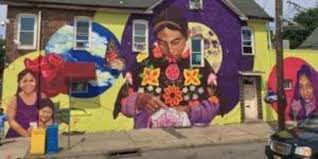 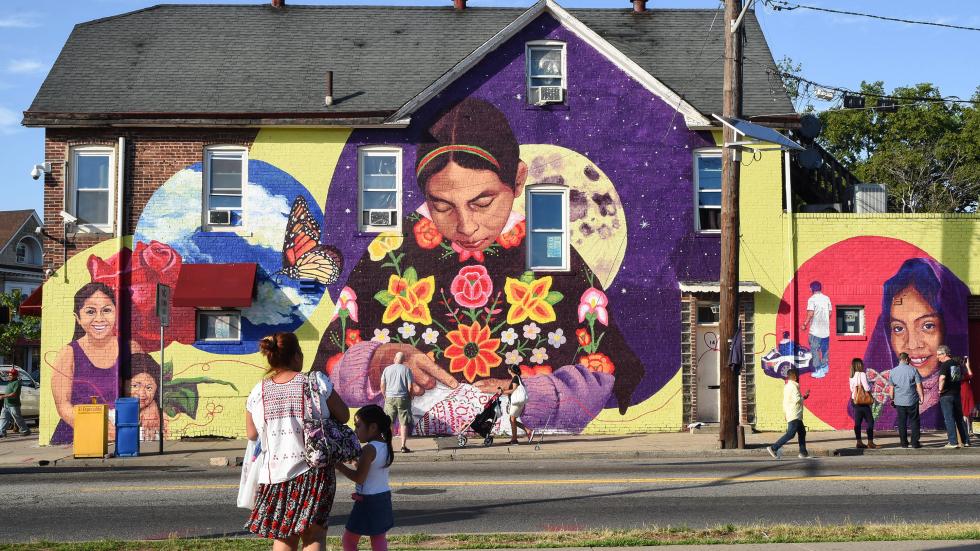 As of the NJSDC 2000 Census Publication, the population of Latinos has increased by 377,330 in New Jersey. Formerly representing 739,861 in 1990 to 1,117,191 in 2000, the substantial increase in the Latino population accounts for approximately 55% of New Jersey’s total population growth. It is important to note the demographics for which populations have settled down in order to fully grasp the dynamism of how, and where, their struggles and endeavors were formed. For instance, New Jersey had the 7th largest Hispanic population in the nation in 2000, next only to California, Texas, New York, Florida, Illinois and Arizona (NJSDC 2000 CENSUS PUBLICATION). This reflects the state’s popularity as a destination for foreign immigrants. The notable migration of the Latino population to the New Brunswick, NJ area is important to signify as it allows us to better understand the hardships and events the community had gone through at the time. Although more recognition is deserved, with such a large Latino population encompassing the New Brunswick area, it is nice that the reliance of the community it further acclaimed by looking at the mural painted on a local street in the area.

By promoting local talent and engaging the public, murals build a sense of community and create lasting effects on local neighborhoods. Murals are a platform for artists to exhibit their talents, while depicting stories and narratives of different lives and events. Programs that fund the creation of these murals connect the process of muralism with art education, restorative justice, and behavioral health programs. These programs serve as a creative outlet for inmates at area prisons and detention centers, and those suffering from trauma, mental illness, and addiction. Murals create a prolific channel for individuals to freely express themselves as well as a community and what they have gone through.

The ‘Dreams of Our Children’ mural itself aims to represent the stories of the Latino community living in the Esperanza Neighborhood in New Brunswick. After gaining the approval of the building owner to use the side of the building, a graduate of Rutgers University Mason Gross School of the Arts, Lenny Correa, drew this mural from inspiration after speaking with residents in the Esperanza Neighborhood. He, and the Ezperanza residents, came up with stories of great determination and perseverance. The mural, also known as "Una Gota Rompe La Piedra" or "A Drop Breaks the Stone,” depicts bright costumes which are popular in the heritage of the migrant community as residents spoke of the ties to their families and parents expressed that their dreams "are the dreams of our kids." The agency who funded this project wished to depict the inner beauty the area and project the colorful culture of the neighborhood onto a physical representation of a vibrant Latino communal district. The mural highlights the nice commercial area and attracts people to come and enjoy the restaurants and stores.