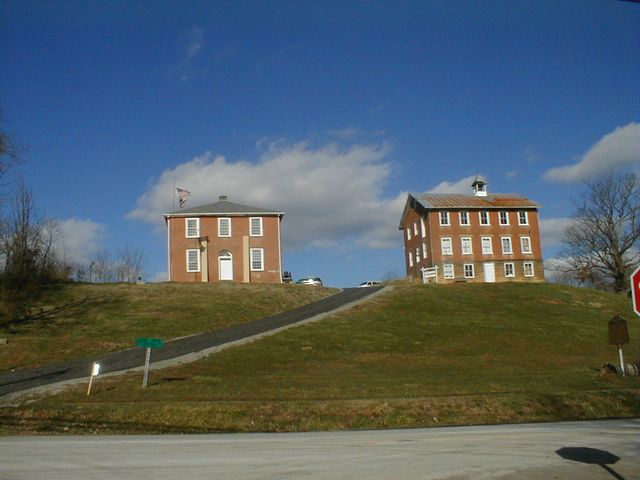 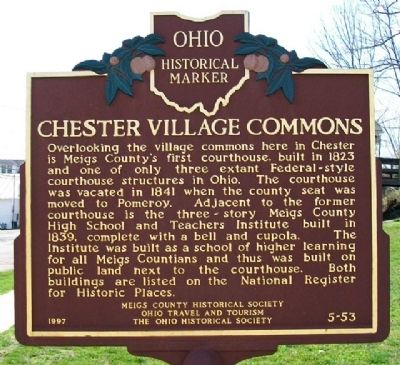 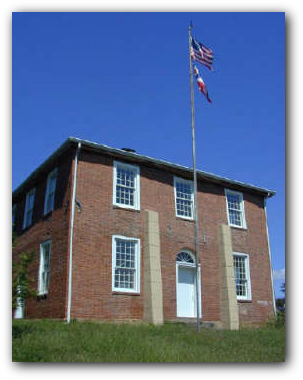 The Courthouse during the 1834 Cholera outbreak. 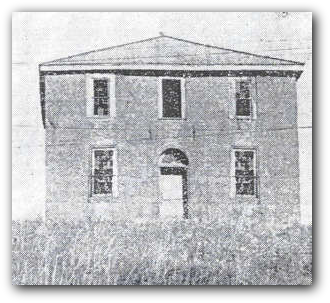 The courthouse before the initial restoration efforts began. 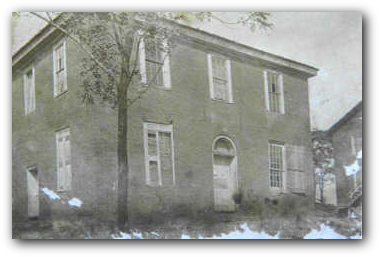 The courthouse being updated in the 1960's. Note the addition of the supports in the front.. 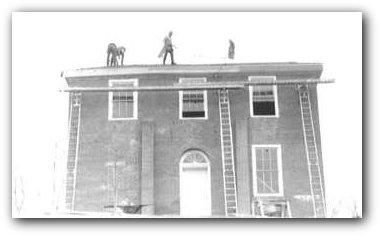 The courthouse being updated in the 1990's. 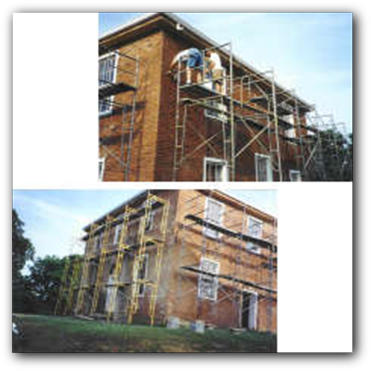 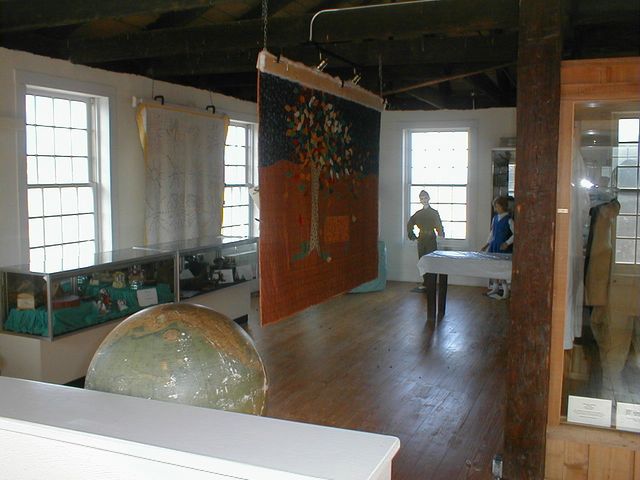 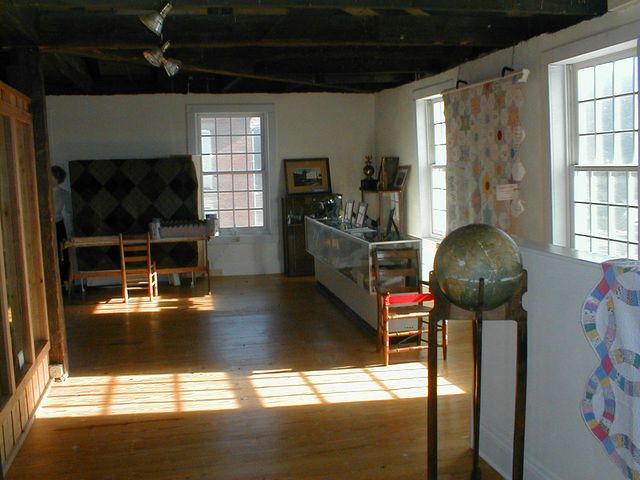 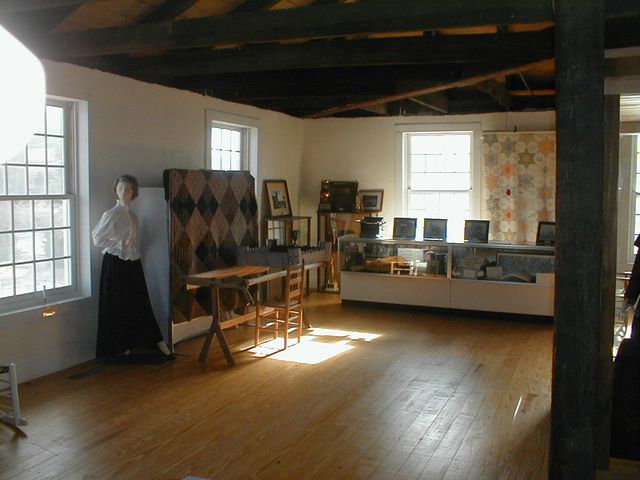 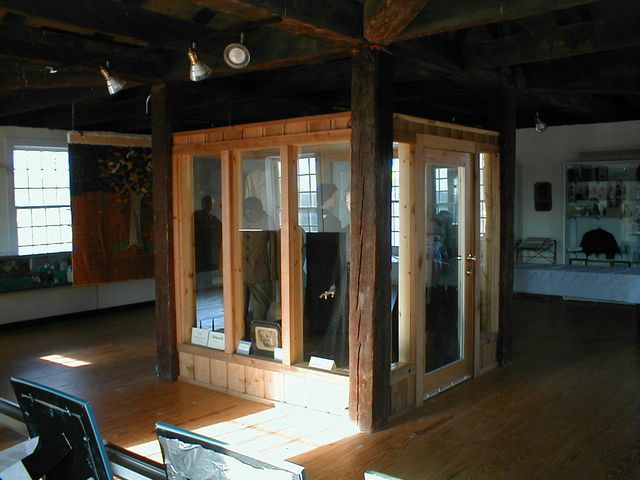 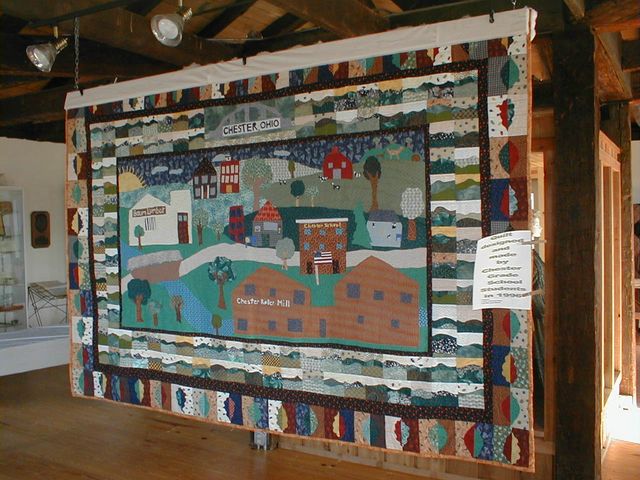 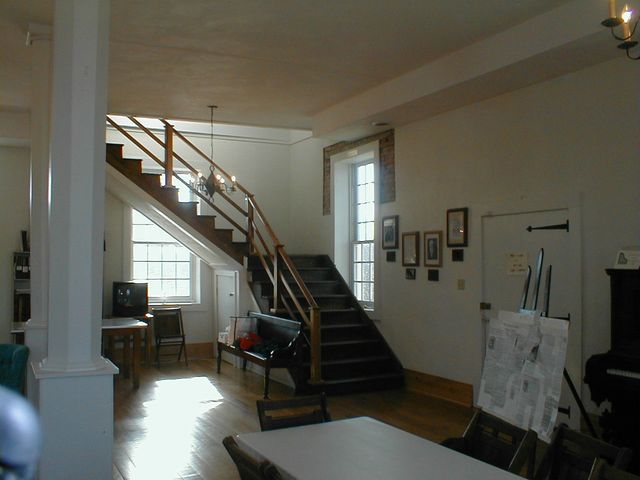 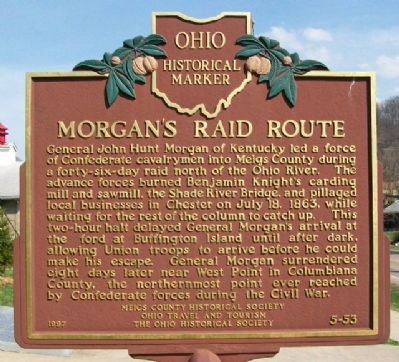 Chester Courthouse and Academy with Markers in View 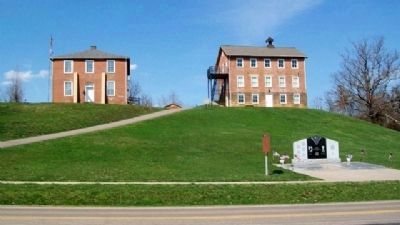 The courthouse in Chester, Ohio is the oldest standing courthouse in the Northwest Territory. After Meigs County was formed from a part of Gallia county in 1819, Chester was named the county seat. Construction on the courthouse started in October 1822; one year and one month later the courthouse was completed and started serving the people of Meigs County immediately. Chester would serve as the county seat for Meigs until it was moved to Pomeroy in 1841, where a new courthouse would be constructed. Meigs County suffered two separate Cholera outbreaks, one in 1834 and one in 1849. Chester was the county seat during the first outbreak. The academy, located adjacent to the courthouse, was built in 1839. Originally dubbed the “Meigs High School and Teachers Institute”, it was created to provide Meigs County citizens with a proper education. Both the courthouse and the academy share the same historical marker under the title “Chester Village Commons”, located at the bottom of the hill in front of the buildings; and both buildings have been placed on the National Register of Historical Places.

On July 18th, 1863 Confederate general John Hunt Morgan and his men went through Chester, Ohio travelling right by the courthouse and academy. An advance group spent several hours in Chester waiting for the main part of Morgan’s men to catch up to them. While in Chester, confederate troops burnt a carding mill and sawmill; in addition, they burnt the Shade river bridge. The troops also ransacked a number of local businesses. The two hours it took for Morgan’s army to regroup delayed their arrival to Buffington’s Island until nightfall, which allowed Union troops to catch up to Morgan and his men. Eight days later, Morgan and his men surrendered to Union troops in Columbiana County, Ohio. Chester Village Commons and Morgan’s Raid Route shared a historical marker; each has their own side. Since 1869, Chester Courthouse has been used by both the community and a number of social organizations. From 1869 to 1919, the Grand Army of the Republic and several other groups used the courthouse as a meeting place; the Grand Army of the Republic was an organization for Civil War veterans. Starting in 1926 the building served as a community center. The courthouse was also used by the Chester Grange to hold their meetings in the 1950’s.

The main header on the Chester Shade Historical Association’s website reads: Chester Shade Historical Association - The Oldest Standing Courthouse in the Northwest Territory - Preserving the Past, Paving the Future. The CSHA have collected a number of historical items and put them on display inside the courthouse. And while the inside of the building is filled with a plethora of interesting artifacts, there have been extensive preservation and restoration efforts done to the building itself. It’s easy to see why people have worked so hard to keep the building in good condition, considering the fact that it’s the oldest standing courthouse in Ohio. The courthouse is a living artifact from some of the earliest days of Ohio’s history. The building also has important historical significance due to its architectural style. According to Ohio’s National Register Database, the courthouse is a Federal-style building, architecturally; which means by preserving this building in particular, we can keep the ideas of an architectural style alive for future generations to experience.

Throughout the twentieth century the Return Jonathan Meigs chapter of the Daughters of the American Revolution (RJM DAR) were responsible for a number of fixes made to the Chester Courthouse The first of which occurred in 1926 when the RJM DAR replaced the roof of the courthouse. Twenty years later the organization came back and used an estate gift to make repairs to the building between 1946 and 1951. The Chester Grange, mentioned in the previous section, also remodeled a part of the courthouse when they started holding meetings there in 1959. In 1976 the building was officially put on the National Register of Historic Places due to the work of members of the RJM DAR. In 1995 members of the RJM DAR and the Ewings chapter of the Sons of the American Revolution worked with numerous people from around the county and the state to obtain funds to maintain and restore Chester Courthouse; as a result of their efforts, a grant of 46,000 dollars was used to work on the sheathing, the roof, and installing a new bracing onto the building. Photos and captions of the courthouse throughout the years can be found in this CLIO entry and on the Youtube video in the link below.

The CSHA and Community Programs

In order to keep the restoration efforts moving and to better serve the community, the Chester Shade Historical Association was formed. Through the efforts of the CSHA and the local community over 100,000 dollars has been raised to complete the restoration of the courthouse. Today, the Chester Courthouse and Academy serves as a museum and community center. Included in the courthouse are a courtroom, a museum center of folklore, as well as a genealogy center. The museum is dedicated to collecting and storing historical artifacts from across Meigs County. One program that the CSHA puts on is the annual Harmonica Competition. The competition is held to preserve the history of the harmonica and to keep it alive in communities across the state. Contestants have traveled from Pennsylvania, West Virginia, and other parts of Ohio to participate in the contest, as it’s the only state competition between the three states.

Another program that the CSHA put on is the yearly Genealogy Fair, which takes place in the genealogy research library located in the academy, rather than the courthouse. The fair helps individuals pinpoint where they come from and helps peak the local population’s interest in Meigs County history by helping them learn about their family. At the genealogy fair people are given access to a plethora of resources to track down and research their family. These resources include tax, court, and poll records from Meigs County and the surrounding counties. They also have an ever-growing collection of Meigs County obituaries with ranges between the 1840’s and 2009, as well as a collection of death certificates from the early twentieth century and a collection of family histories for people to analyze. Another program put on by the CSHA is Yesteryear. The program is the product of the CSHA and the Retired Senior Volunteers working together to teach school children about skills and jobs of the past. Students are taught about a variety of activities; including: quilting, leather working, crafting candles, etc.

Open Monday, Wednesday, and Friday 10 AM to 4 PM