This historical marker stands on the site of the Pflugerville Independent School District Rock Gym and celebrates the rich history of education in the area beginning with the first German immigrants in 1849. The story of the school district begins with German language schools and home-schooling to the creation of graded schools and a modern school district with many elementary, middle, and high school campuses. A two-story red brick school building constructed in 1921 after the creation of the Pflugerville Independent School District was located at the site of the historical marker prior to its demolition. The Rock Gym, built in 1934 as part of a Works Progress Administration construction project, still stands at the site of this marker. 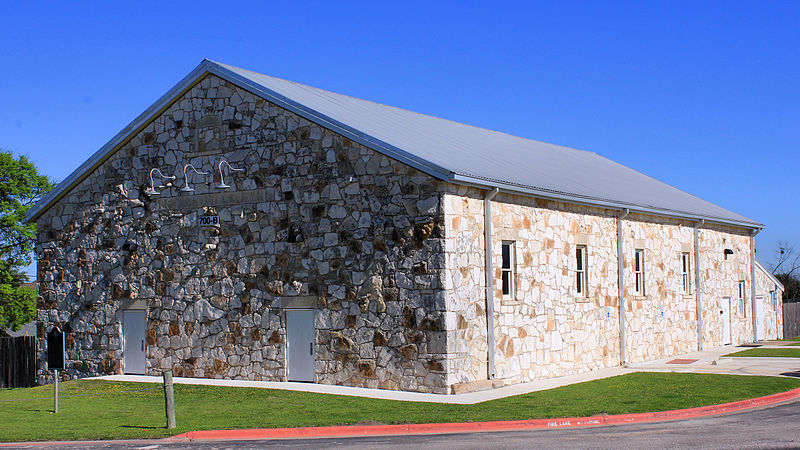 1965 aerial photo pf Pflugerville. School and Rock Gym are on the North side of West Pecan Street. 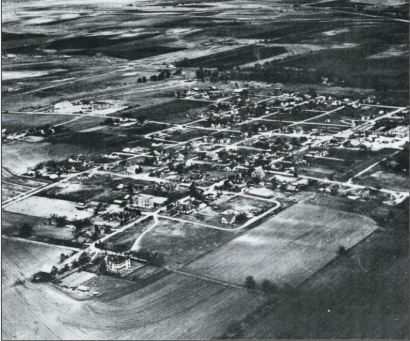 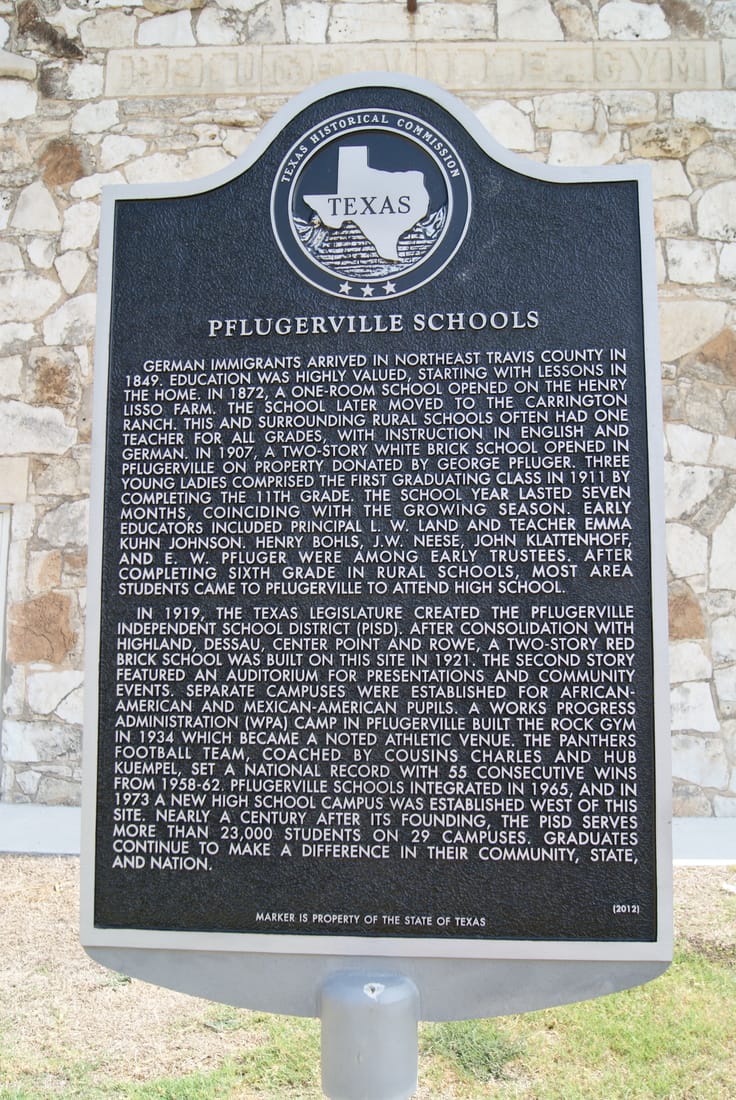 The Pflugerville Schools historical marker commemorates the history of the schools and education in Pflugerville, from the in-home pioneer teaching of the original German settlers of the region to the modern Pflugerville Independent School District with its many campuses. The first German settlers considered education important and taught their children in their farm homes starting around 1849. It was not until 1872 that the first dedicated school was established on the Henry Lisso farm in a one room building. The school later moved to Carrington Ranch and other rural schools were set up in the local farming communities of Dessau, Richland, Rowe Lane, Center Point Gregg and Highland.

At this time, it was common to have a single teacher providing education in both German and English for all grades. As the communities grew, a larger, two-story, white brick school building was constructed in Pflugerville in 1907. The smaller rural schools would provide education in their local community through the sixth grade and then students would attend High School in Pflugerville. The Pflugerville Independent School District was created in 1919 and quickly consolidated with Highland, Dessau, Center Point, and Rowe. After the consolidation, a new red brick school building was built on the site of this historical marker in 1921. That building is no longer present.