Constructed in 1923, Ganfield Gymnasium replaced Carroll's original athletic facility, which had been in the basement of Main Hall. The new Ganfield gym quickly became both a social and academic hub, hosting sporting events, dances and even academic classes. Although small compared to the more modern sports complexes on today's campus, Ganfield still represents Carroll University's commitment to developing the whole student--and the growth of NCAA athletics on campus. 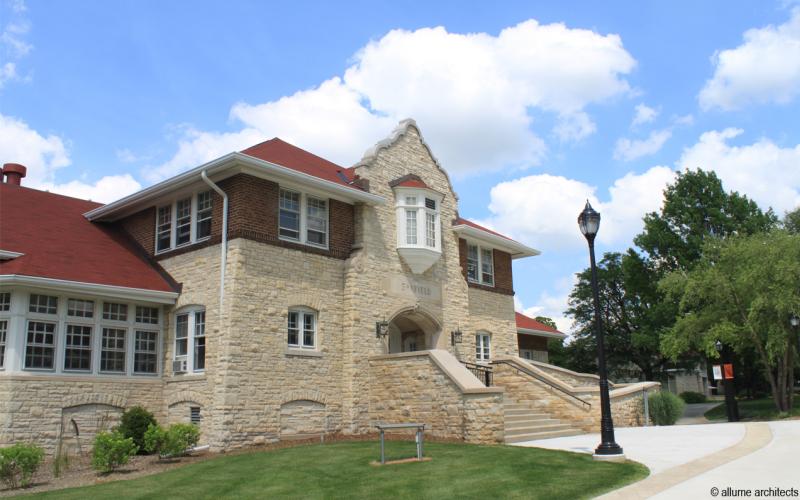 Ganfield Gymnasium under construction circa 1923. 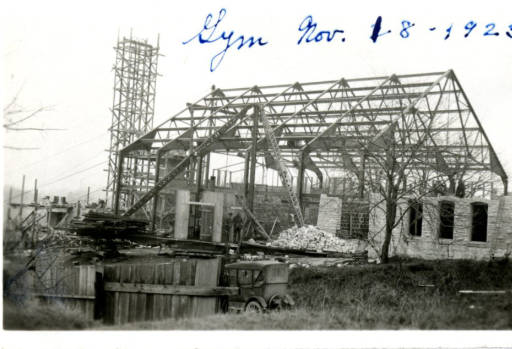 Ganfield Gymnasium while it was known as "The Gymnasium" 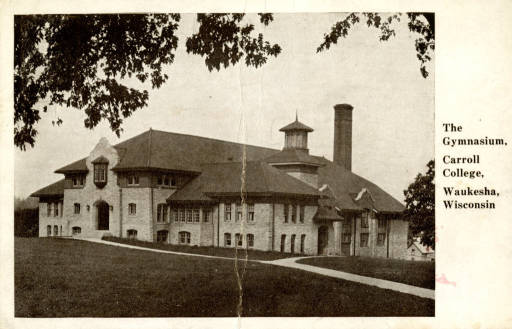 College president William Ganfield's decision to construct a new athletics facility was a response to both growing enrollment after the Great War and a nationwide interest in physical fitness--or the lack thereof--among children and youth. Fundraisers claimed that the $80,000 building would seat 3,500 spectators, and raise the profile of college athletics. It also included a basement apartment for a resident custodian, which would be convenient for stoking the coal-fired furnace. Construction began in 1923, and took longer than anticipated due to structural miscalculations, but the building finally opened in June of 1924. The first event held in the facility was the “New Gym Shaker”-a dance for students, alumni, faculty, trustees, and friends, held in September 1924; it drew over 400 people.  The first full time custodial employee--and his two daughters--probably moved in about the same time.

“The Gymnasium,” was renamed in honour of William Ganfield in 1966, after more than forty years of active use. Following a major winter storm in 1978-1979 and the passage of time, repeated ad hoc repairs struggled to keep rain and bats out of the building. Structural renovations cost upwards of $275,000, but did effectively modernize the facility.

Today, Ganfield's role as Carroll's main gymnasium has been superseded by the much larger Van Male Gymnasium and Aquatics Centers. Students still use for intramural sports, individiual fitness, and academic classes; a third floor dance studio is used for yoga, Zumba, and dance team rehearsals. In short, Ganfield continues in its role as a vital athletic facility for Carroll University. Nearly a hundred years of continuous use demonstrates the University's support for student athletes.

"Ganfield Gymnasium to be renovated by fall semester." The Quarterly Report, Vol. 9 No. 2 (Spring 1980).

Stroll through nearly 175 years of local history at Wisconsin's first 4-year institution of higher education! This tour draws attention to the people & stories hidden in the brick-and-mortar structures on and around campus.