Built between 1927 and 1928, The New Granada Theater first served as a lodge and meeting place for a branch of the Knights of Pythias of North and South America, Europe, Asia, and Africa. This fraternal organization was first established in Richmond by African Americans who had been denied membership in the all-white Knights of Pythias following the Civil War. The Pittsburgh branch of the Knights of Pythias sold the building in the Great Depression and the new owner converted the building into a movie theater and music hall. The New Granada soon became the place where many of the most influential jazz legends performed when they came to Pittsburgh including Count Basie, Ella Fitzgerald, Louis Armstrong, Duke Ellington, and Cab Calloway. Even though the New Granada Theater closed in the 1960s, there have been some efforts to remodel and renovate the building and restore its former glory. The building has been listed in numerous historical registers and databases, such as the List of City of Pittsburgh Historic Destinations (2004), the Pittsburgh History and Landmark Foundation (2007), and the the National Register of Historic Places (2010) for its extensive history pertaining to the African-American community in the Hill District and the celebration of jazz music in the Pittsburgh area. 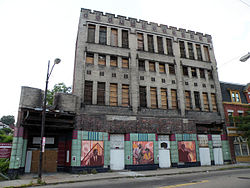 The Knights of Pythias Coat of Arms 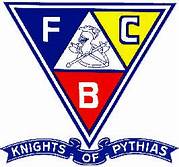 Strike Up the Jazz Band: The New Granada Theater 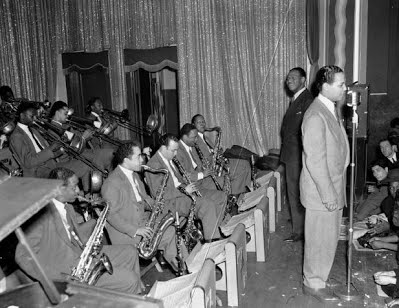 Ella Fitzgerald: The Queen of Jazz 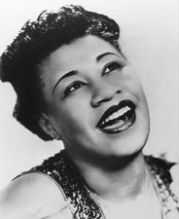 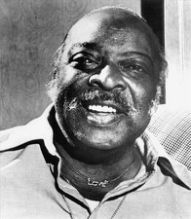 Duke Ellington: The Heart of Jazz 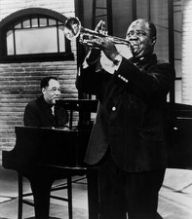 Cab Calloway: The Jazz Man who Sold a Million Records 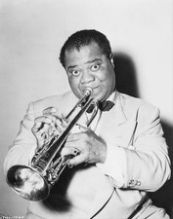 In 1925, B.G. Collier, the supreme state of the association, appointed the construction of the temple to serve as a meeting place for the Knights of Pythian, a group of African-American associates and members of the KPNSAEAA in the Pittsburgh area. The original design was planned out by Louis A. S. Bellinger, which he incorporated living quarters for African-Americans in the area, a dining banquet hall, an auditorium, and a basketball court. The Knights of Pythias held various events for the African-American community within the Hill District, such as basketball games, beauty pageants, cooking classes, balls and dances, concerts, and rolling skating parties. In one event, Louis Armstrong, who was a member of KPNSAEAA, performed at the temple in 1930.

Later in the 1930s, the temple was sold to Harry Hendel, the owner of the original Granada Theater located two blocks down from the temple. Between 1937-1938, Hendel supervised the renovation of the temple and converted it to the New Granada Theater. The auditorium was repurposed as a music and dance hall and a movie theater where people came and watch silent Hollywood movies and some of the biggest names in jazz at the time, such as Count Basie, Ella Fitzgerald, Louis Armstrong, Duke Ellington and Cab Calloway. In addition, the New Granada Theater implemented study programs and events in an attempt to support African-American youth in the Hill District area. By the the beginning of the 1940s, the New Granada Theater was one of four movie theaters and dance halls in the Hill District. By the end of 1942, the theater became the only one open in Hill District.

However, during the 1960s, the theater lost most of its cliental and patronage, which lead the theater to close. The theater was still used by social services as office spaces, but eventually, the building became abandoned afterwards. In 1995, The Hill Community Development Corporation purchased the theater for $100,000 with plans of revitalize the property. Currently, the New Granada Theater is not being used, yet there have been some projects and petitions within the Hill District to restore the building to its old glory. The New Granada Theater has been inducted and listed in several historic databases and registers for its significance and contributions toward the Knights of Pythia of North America, South America, Europe, Asia, and Africa, the African-American community in the Hill District, the celebration of jazz music of twentieth-century Pittsburgh, such as the as the List of City of Pittsburgh Historic Destinations (2004), the Pittsburgh History and Landmark Foundation (2007), and the the National Register of Historic Places (2010).