The. H.B. Sanborn House was built in 1902 and is one of the oldest homes in Amarillo. 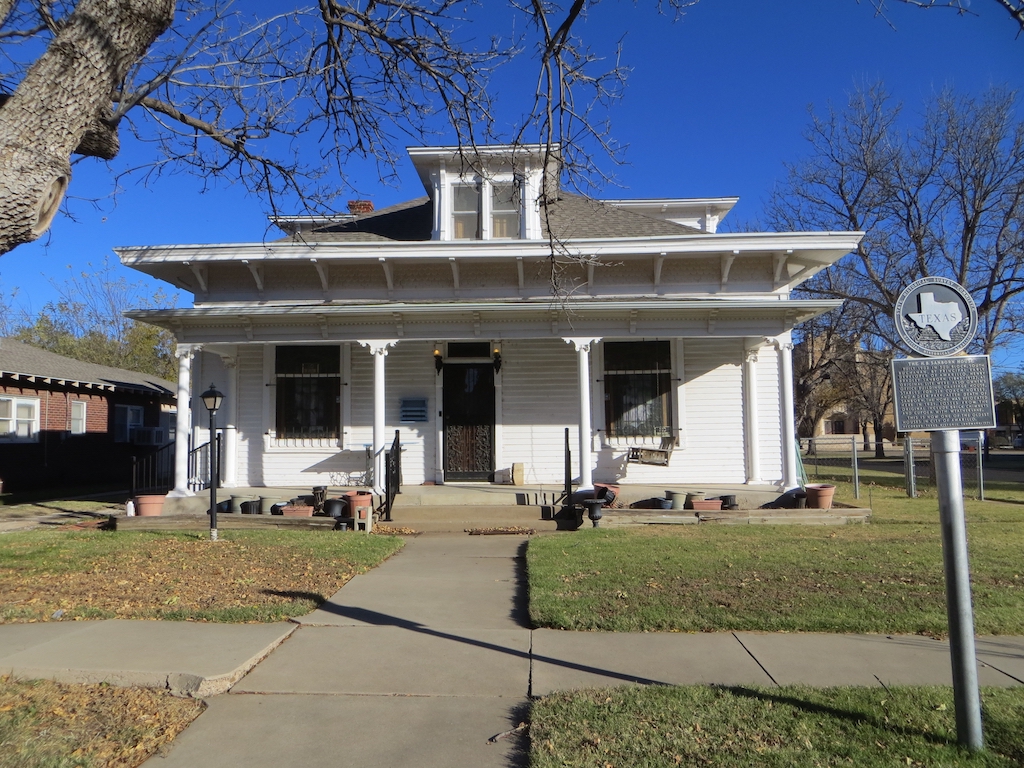 Henry Sanford was born in St. Lawrence, New York in 1845. He moved to DeKalb, Illinois when he was 19 and got a job working at a hardware firm for a man named Joseph F. Glidden. There he met and fell in love with Glidden's niece Ellen Wheeler. They got married in 1868 and and would eventually have one son, Ellwood Bradley, who was also born in 1868. At some point, Sanford started selling wooden gutters, and then started selling horses with a partner in 1872. Then in 1875, Glidden proposed to both men that they sell his new invention, barbed wire, to Texas ranchers (he asked Sanbord to be the chief sales man). It took some time, but eventually the sales of barbed wire increased significantly and by 1876, sales reached nearly one million dollars.

In the coming years, Sanborn started buying thousands of acres land for cattle ranches and also got involved with real estate. After the Fort Worth and Denver City Railway built a line through the Panhandle in 1887, Sanborn platted a townsite—what would be come Amarillo—on a large ranch he owned, hoping to establish Amarillo as the county seat, which did eventually happen. He also built the Amarillo Hotel and the city's first waterworks.

As noted above, Sanford built the house in 1902. It was originally located on the block where the Amarillo Civic Center is now. An iron fence surrounded the property and he also a built a carriage, horses, and an office building. Sanford lived in the house until he passed away in 1912; Ellen remained until she died in 1921 (Ellwood, sadly, died in 1890; the park across from the house is named after him). The next owner, Charles D. Hoover, moved the house to its current location in 1923. As of this writing, the house appears to be the location of a law office.