Constructed in 1924, this downtown Pittsburgh building served as the headquarters for the Salvation Army branch of Western Pennsylvania for many decades and has recently been repurposed as a hotel. Throughout the 20th century, the building had multiple functions as a residential and recreational space for veterans of World War I, temporary quarters for visitors and newcomers, and a place of refuge for the poor and homeless citizens within the Pittsburgh area. Throughout its time as the Salvation Army Building, the building also had another section called the Evangeline Residence for Young Women. Named after the fourth general of the Salvation Army and the daughter of William Booth, Evangeline Booth, the residence gave accommodations for young, professional women. However, this residential area for women closed in 1981 due to funding, a situation that led to the displacement of many women. In 2008, the Salvation Army of Western Pennsylvania relocated its headquarters to Carnegie. In 2016, the former Salvation Army Building was listed in the National Register of Historic Places for its contribution to the Pittsburgh community. In 2017, the building was renovated and redeveloped into the Distrikt Hotel.

The Salvation Army Building (circa 1937)

William Booth: The Founder of the Salvation Army

Evangeline Booth: The Woman Behind the Building

Eliza Shirley: The Woman Who Brought the Salvation Army Over to the U.S. 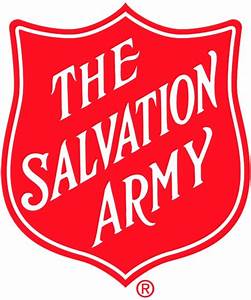 Founded in 1865 by English Methodist pastor William Booth in London, the Salvation Army is an intentional non-profit organization and part of the Protestant Christian Church with the mission to bring salvation and assistance to poor, marginalized, and under accommodated individuals without discrimination. After leaving the traditional concept of preaching at a church pulpit, Booth began preaching to the homeless and the destitute in the streets of London and training evangelists throughout England to help spread Christianity and provide amenities to the less fortunate. Reaching over 1,000 volunteers, Booth originally penned the name of the organization as "The Christian Mission," but later changed it to "Salvation Army." Booth and his volunteers, known as Salvationists, expanded their message internationally. With the help of a young protege of Booth, Eliza Shirley and Booth's daughter and the fourth general of the Salvation Army, Evangeline Booth, the Salvation Army reached to the United States, and the women spread the word about the organization's services and goals. Today, the Salvation Army continues to serve people in over 100 countries.

In 1924, local architect Thomas Pringle constructed the Salvation Army Building in a Late Gothic Revival style. The 10-story building originally served as a recreational and residential space for veterans coming back from WWI, the homeless, and the poor. The building originally housed several amenities for both the residents and the employees, such as dormitories, a swimming pool, laundry rooms, an auditorium, storage and basement space, kitchen, and a dining room.

Later, in 1927, the Evangeline Residence for Young Women was added onto the Salvation Army Building for young professional women in the Pittsburgh area. With its 180 rooms implemented into the building, the residence offered young, working women without housing a place to stay and its services. The residence was different than other non-profit social organizations during the time because the residence offered housing to both women in need and women who are working with full-time careers or are studying at school. The Evangeline Residence for Young Women operated for a 30-year span, however in 1981, the residence closed due to a financial loss, which left long-time residents displaced without a home. The part of the building was utilized as an emergency center for families in crisis.

The building continued to be the headquarters for the Salvation Army of Western Pennsylvania until in 2008, the Salvation Army of Western Pennsylvania move its operations to a two-story office building in Carnegie Park. Later in 2014, the Green Realty Holdings purchased the former Salvation Army Building for $2.8 million dollars. In 2016, the former Salvation Army Building was listed in the National Register of Historic Places for its contributes of providing amenities as a charitable social service institution for member people in need within the Pittsburgh area. In 2017, the building was renovated and redeveloped into the Distrikt Hotel. The hotel has 186 rooms, including restaurants, bars, dining lodges, business center, a fitness center, valet parking, and limousine service. One of the bars is named Evangeline, a historical reference to Evangeline Booth, the women who helped developed the history behind the building.