Established in 1929, the Museum of Texas Tech University explores a number of areas including anthropology, fine arts, clothing and textiles, natural sciences, history, and paleontology. The museum contains over seven million objects and is accredited by the American Alliance of Museums. As an organization run by the university, the museum's primary purpose is to conduct scientific, cultural, and research, and to share this work with students, researchers, and the general public. The museum consists of the main museum building, the Moody Planetarium, and the Natural Science Research Laboratory. The museum also manages the Lubbock Lake Landmark, a National Historical Landmark and important archaeological site a little north of the university (the site includes a visitor center and museum).

The Museum of Texas Tech University was founded in 1929. It houses an impressive collection of seven million items from a range of disciplines. 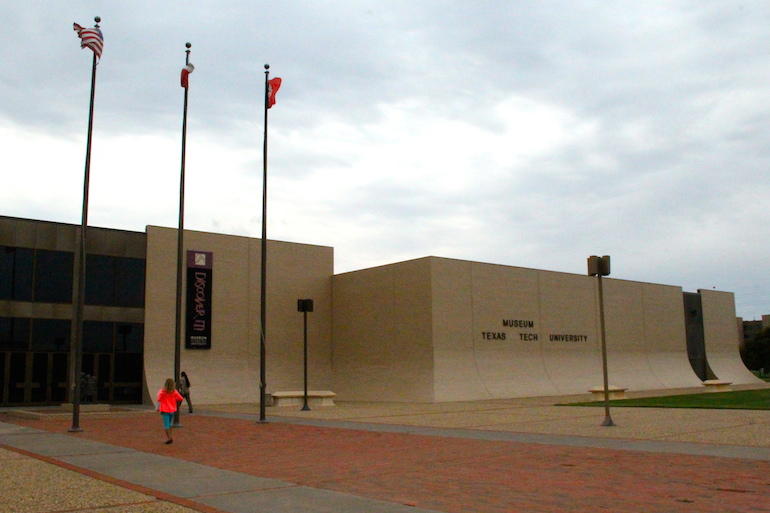 The Plains Museum Society established the museum in 1929 as the West Texas Museum. Plans for a three-story building, called Holden Hall, were developed but initially only the basement was completed in 1937; the rest was finished in 1950. The museum was expanded in the coming years to include an art gallery, auditorium, and planetarium. The museum changed its name to Museum of Texas Tech University in 1969 and in the following year it moved to the present site. Since then, the museum has increased the size of its collections and expanded its educational programs. Long-term exhibits, as of November 2019, include Ice Age on the Southern Plains, which features remains of ancient megafauna; Southwest Indian art; A Changing World, which explores how dinosaurs evolved and eventually disappeared; and an art gallery displaying works of art created by western artists.