The Indian Cave State Park's main attraction is a sandstone cave with prehistoric petroglyphs. These petroglyphs were left by Native Americans approximately 1,500 years ago, they consist of carvings of human figures and animal figures. The park also has a partially reconstructed village of St. Deroin. This Missouri River town was founded in 1854, before Nebraska was even a territory. The town had around 200 residents and 20 businesses. The park has reconstructed the schoolhouse, general store, trading post, and cabin. You can also see the St. Deroin cemetery, which has tombstones for some of the residents buried there. Not only does the park have these two great historical sites, it also has many beautiful trails and views of the Missouri River.

Stairs along the sandstone 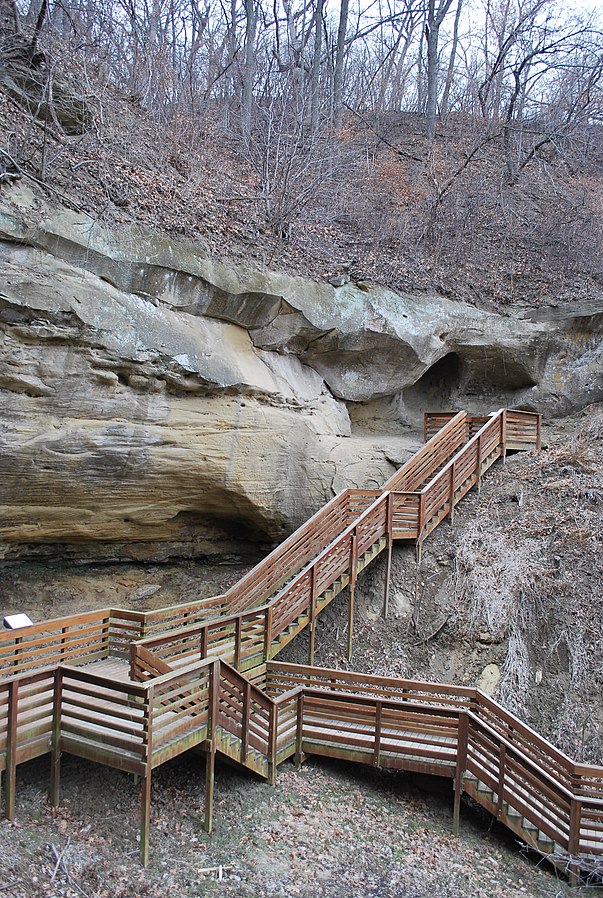 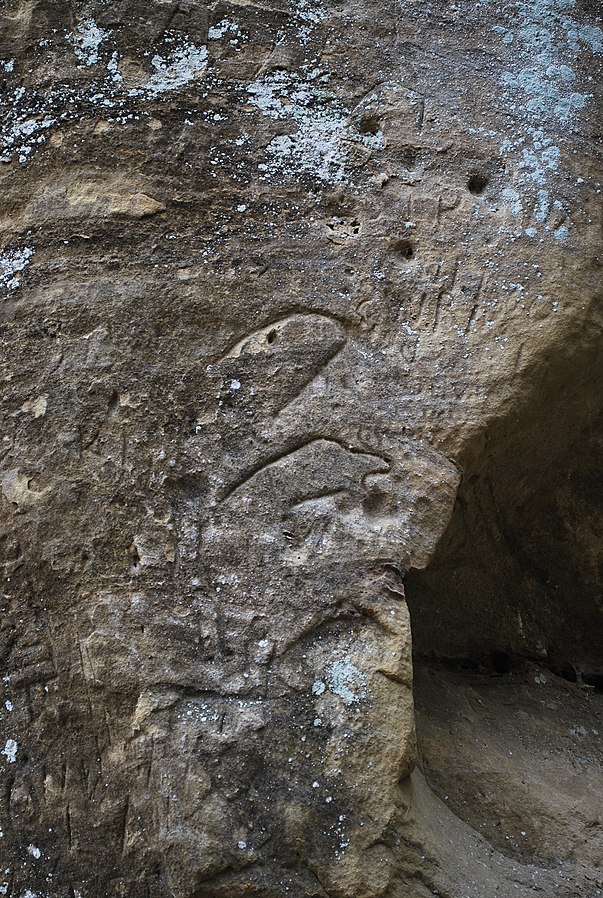 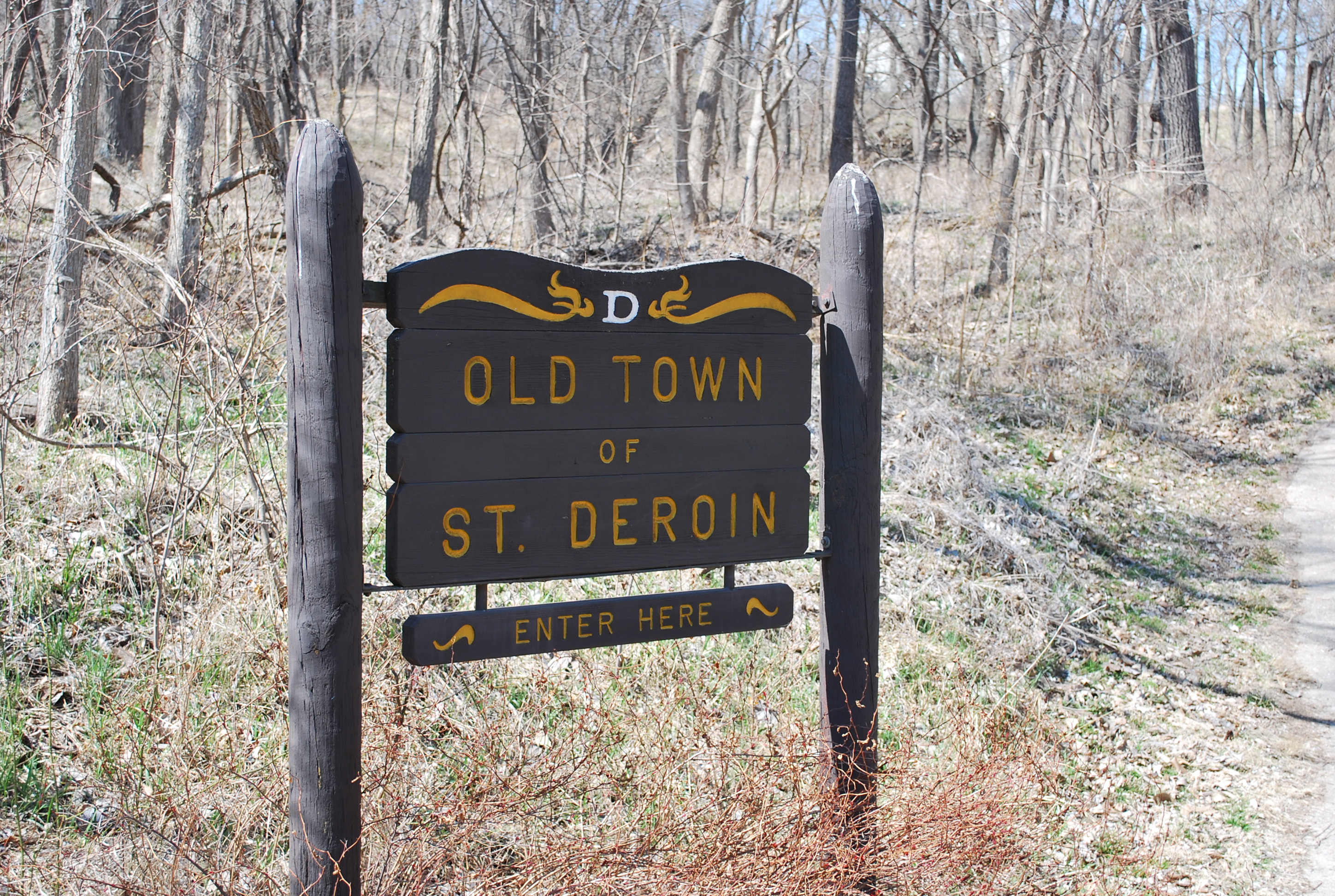 The sandstone cave in the park was used by Native Americans as a shelter over a thousand years ago. During their time in the cave they left carvings on the cave walls, known as petroglyphs. These carvings are a rare find, and there are few known petroglyphs in the Midwest.

St. Deroin, the partially reconstructed town in the park, was founded by Joseph Deroin in 1854. He was a fur trader who had established a trading post at the point where the Nemaha River met the Missouri River; this would later transform into St. Deroin. Joseph Deroin was born in 1819 near present day Bellevue, Nebraska. He was born to a Metis father and an Otoe mother. Joseph Deroin's life would be cut short in 1858 when he was murdered over a six dollar debt. Six dollars in 1858 would be equivalent to around 180 dollars in 2019. The land that St. Deroin was on was land designated for the Nemaha Half-Breed Reservation. The town grew as time went on, eventually getting its own post office. Its location along the Missouri River made it a popular steamboat stop which helped bring new people to the town. St. Deroin had its own hotel, flouring mill, schoolhouse, and other small businesses.

Unfortunately for the residents of St. Deroin, the Missouri River flooded in 1910. The flood destroyed most of the buildings in the town and caused some of the residents to leave. The schoolhouse was moved to higher ground where it could still be used by the people who stayed. By the 1920s, the town was beginning to become a ghost town. This was due to the flood from the previous decade but also because the Missouri River ferry stopped running by St. Deroin causing a drop in business. Today the closest towns to where St. Deroin was are Auburn and Peru.

Indian Cave State Park has reconstructed some of the buildings from St. Deroin. These include a schoolhouse, general store, trading post, and a cabin. You can also visit the St. Deroin cemetery which is the burial ground for the towns residents throughout its existence. This park is full of history from the Native Americans who used the cave and also the residents of St. Deroin.

Created by Easton Broady (Instructed by Sharon Wood, University of Nebraska at Omaha) on November 28th 2019, 5:50:09 am.