The Deep Run Hunt Club was formed in 1892 by a group of Richmond gentlemen who wanted to conduct foxhunts and socialize. A local millionaire and Civil War veteran, Lewis Ginter, bought an early nineteenth-century two-story brick farmhouse and surrounding land, to fix up the farmhouse and rent it to the club for a clubhouse. The architect became famous for a style evidenced in this building - combining Queen Anne and Colonial Revival styles. The renovated Rosedale Lodge opened in 1896, with its newly-added wraparound porch and sumptuous wooden interior finishes. The property was a victim of its own success - residential subdivisions encroached on the clubhouse, as folks flocked to the area to "Live like the smart set." The club moved out of their rented clubhouse in 1910. Rosedale subdivision and an Interstate 64 on-ramp now box in the building, on the end of a dead-end road. The gated property is being renovated as a private residence and is not open to the public. The property was listed on the National Register in 2019. 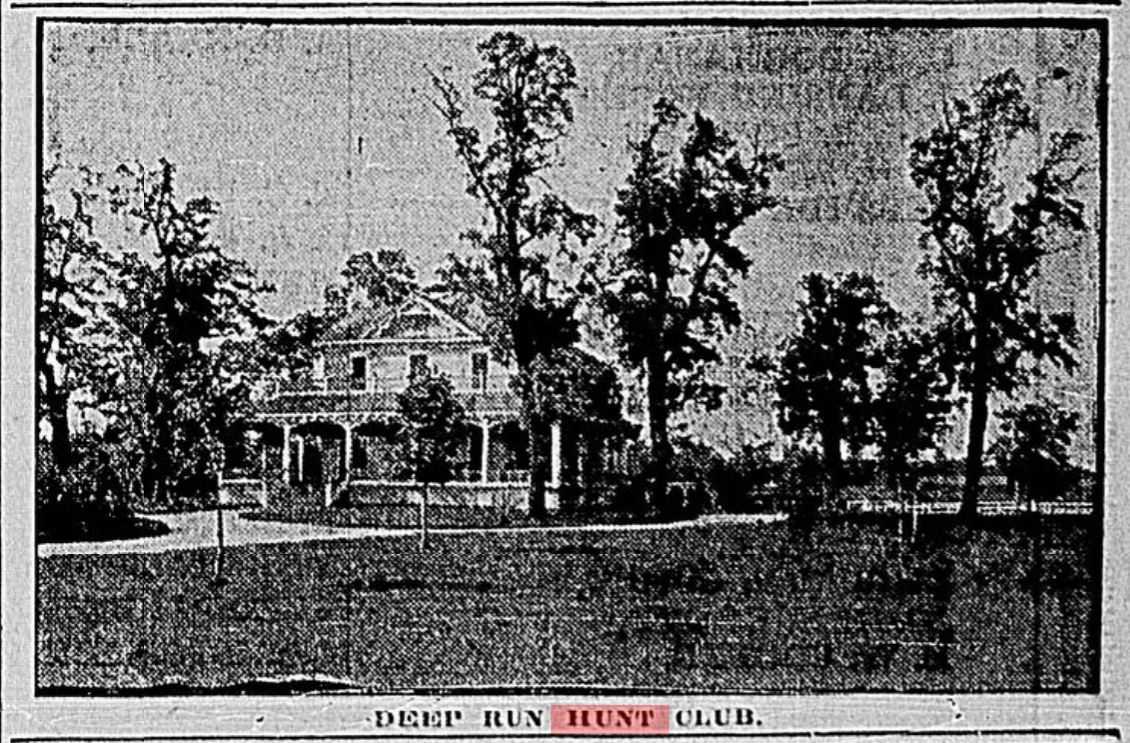 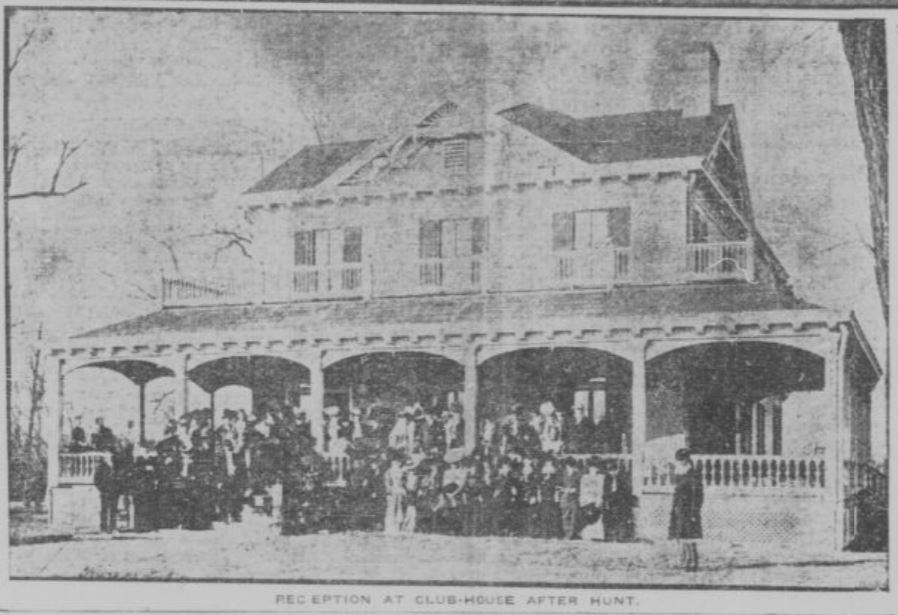 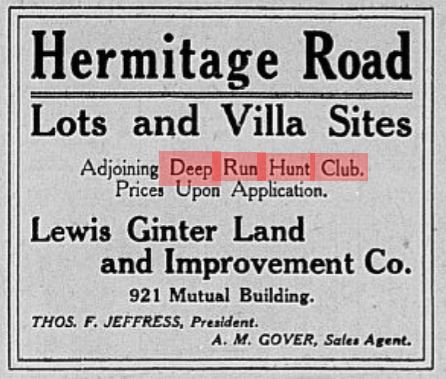 The Deep Run Hunt Club's clubhouse was named Rosedale Lodge. The brick structure was an existing farmhouse from the early nineteenth century when purchased by Lewis Ginter, a local businessman and Confederate veteran, in 1894. The structure was part of the Acca Stock Farm, a horse training farm, when Ginter bought the tract. One of the wealthiest men in the city of Richmond, Ginter hired architect D. Wiley Anderson to remodel the four-room farmhouse into a clubhouse. Ginter had plans to rent the property to the newly-formed Deep Run Hunt Club to conduct fox hunts and other events. While Ginter was a multi-millionaire before the Civil War, his fortune had increased six-fold to about 12 million dollars by his retirement in the 1880's. He spent a great deal of his fortune in the last years of his life, buying real estate and supporting numerous causes.

The Deep Run Hunt Club kept its hounds on a farm a few miles to the west, Chantilly, and rented a small space for their clubhouse headquarters.

opened its newly-renovated Rosedale Lodge in 1896. The club was one of the most successful social organizations in Virginia and attracted fashionable Richmonders. The clubhouse had been remodeled with fancy interior details including a coffered cherrywood ceiling in the billiard room and oak parquetry floors. The men allowed their wives to ride along on the hunts; afterwards, a reception would be held at the nearly 4,000-square-foot clubhouse. The enlarged farmhouse with a wraparound porch afforded views for those who wished to watch the hunt, or relax pre/ post hunting. Ginter acquired a lot of land in this Northside part of town, and built roads through the properties, for those who wanted to follow along and watch the foxhunt taking place. Ginter is credited with attracting the upper crust of Richmond Society to the Northside, which was part of his plan to develop the land.

The remodel was part of the early working years of Anderson's architectural career. Some of the elements employed - Queen Anne combined with Colonial Revival styles - became his signature, eclectic style, earning him national acclaim.

Although Ginter had passed away in 1897 at age 73, the property still became part of a planned subdivision. A 1908 newspaper supplement to advertise the Ginter Park area encouraged folks to "Live like the smart set" and included photographs of the clubhouse and modern homes already built. Suburban development soon encroached upon the clubhouse, and the club did not own the property. This caused Deep Run Hunt Club to move operations to another property in 1910.

Twentieth-century residential lots in the Rosedale subdivision now border the gated property at the end of a dead end road to the east of Rosedale Lodge. To the west, interstate traffic whizzes by, with glimpses of the house visible through the trees from on on-ramp leading from Route 197 to Route 64. The Deep Run Hunt Club Rosedale Lodge was listed on the Virginia Landmark and National Registers in 2019, nominated by the house's current owner. The property is a private residence and the owners who purchased in 2012 are working to restore the dilapidated interior that had been damaged by termites with a taste for expensive wood. The wraparound porch had been split into three portions and the owners were restoring the porch to its 1890's configuration. The home and grounds are not open to the public.